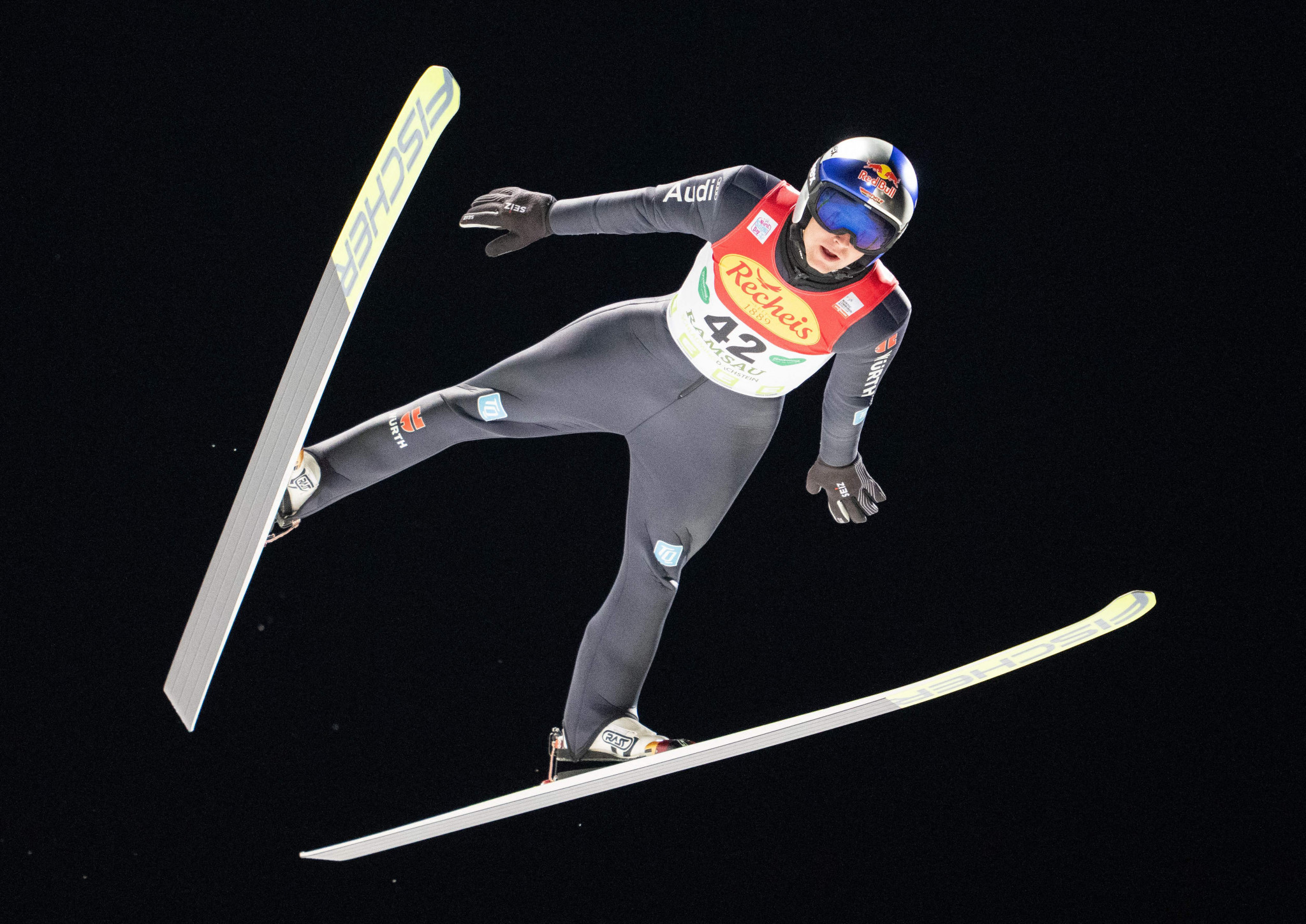 The German posted an overall time of 26min 14.5sec to finally take top spot after finishing second in the previous three events.

Geiger got off to a slow start in the ski jumping round as he could only muster up 129.1 points which saw him place 10th.

Estonia's Kristjan Ilves recorded the biggest jump of the day at 105.0 metres to gain 138.0 points meaning that he would start in pole position for the 10 kilometres cross-country race which followed.

With a jump of 100.0m, Geiger's compatriot Terence Weber claimed second with 137.2 points while yesterday's winner Johannes Lamparter of Austria cane third with a jump of 100.5m and 134.3 points.

A race to remember 🤯 Here are the highlights of todays intense cross-country competition in Val di Fiemme, including the incredible performance by today's winner #VinzenzGeiger 🔥 #fisnoco #nordiccombined pic.twitter.com/hR8AsBTxJO

After just 1.2km of the 10km race, the chasing group of Weber, Japan's Yoshito Watabe and Austrian Franz-Josef Rehrl caught up with leaders Lamparter and Ilves.

Geiger managed to pull away from a second group in pursuit after 3.7km and began to reel in the leaders.

On the last climb, the German started one of his famous sprint attacks and was able to break into a solo lead.

He reached the finish line 5sec ahead of Lamparter, who was second and who pipped Johannes Rydzek of Germany to the line by 0.7sec, while Ilves finished the race in fourth.

The win sees Geiger climb to 530 points in the overall FIS Nordic Combined World Cup standings for this season but he stays in third while Lamparter's 600 points solidifies his second position.

Norwegian Riiber remains in top spot on 700 points despite not taking part in Italy due to a back issue.