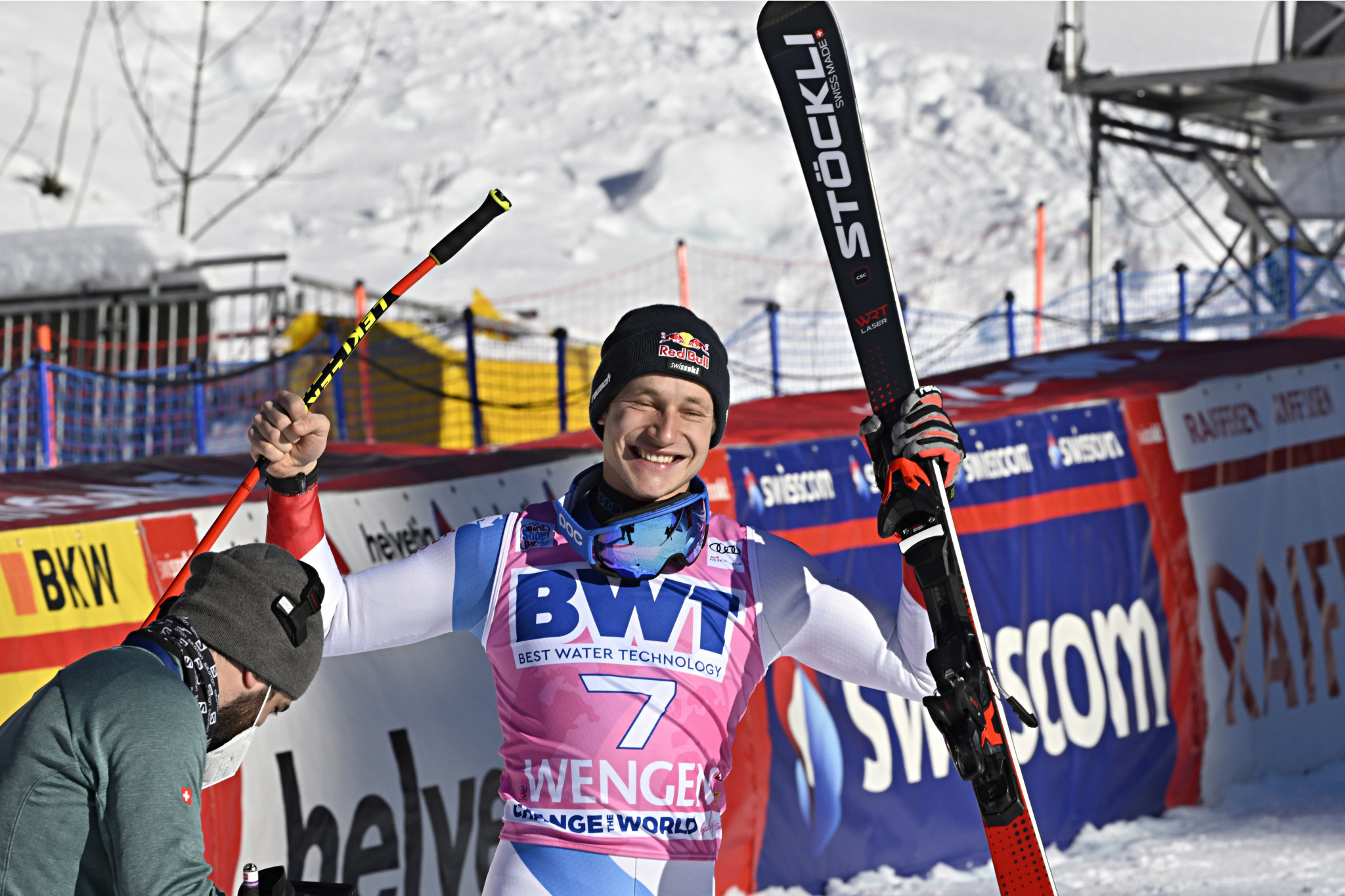 Odermatt now has a lead of almost 500 points on 945 in the overall standings.

The top three for the season all finished on the podium in the Swiss resort, with Odermatt quickest in 1min 29.00sec.

Kilde tops the discipline standings after three victories so far this season - he has 380 points in the super-G, while his 549 place him second overall.

The Swiss rocket is back in action 🚀Marco Odermatt wins his first World Cup race at the @WeltcupWengen with a 0.29 second lead on @AleksanderKilde in 2nd, and 0.58 seconds ahead of @matthiasmayer_ in 3rd👏#fisalpine pic.twitter.com/l3BNLoON0B

Odermatt closed the gap on the super-G leaderboard by moving up to 319 points.

Austria's Matthias Mayer is third on the super-G and overall standings, and finished third in Wengen with his time of 1:29.58.

Five other athletes clocked under 1:30.00, including fourth-placed Romed Baumann of Germany and Canada's James Crawford in fifth.

The super-G World Cup was moved from Bormio in Italy, where it was postponed on December 30.

Two downhill World Cups are set to follow in Wengen tomorrow and on Saturday (January 15), with a slalom event scheduled for Sunday (January 16).