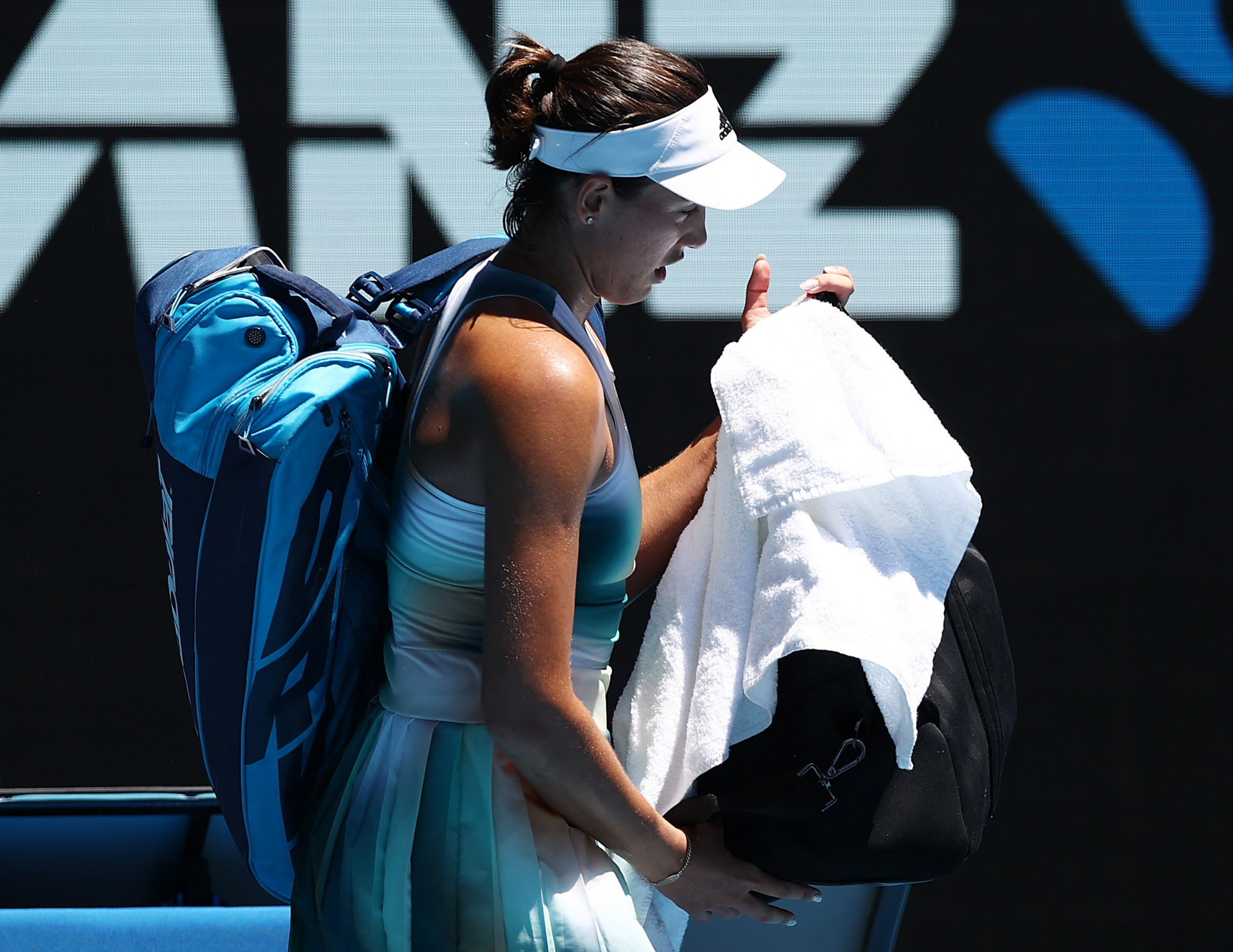 Muguruza and Kontaveit, seeded third and sixth respectively, battled it out in the final of the year-end Women’s Tennis Association (WTA) Finals last November, with the former crowned champion.

But the pair crashed out to inspired opponents in Australia as Muguruza lost 6-3, 6-3 to France’s world number 61 Alizé Cornet and Kontaveit was beaten 6-2, 6-4 by Denmark’s world number 39 Clara Tauson.

There was also disappointment for Britain's US Open champion Emma Raducanu who went down 6-4, 4-6, 6-3 to Danka Kovinić of Montenegro.

The 27-year-old, ranked number 98 in the world, had lost in the second round of six previous majors, but with the hard-fought victory became the first ever player representing Montenegro to make the last 32 at a Grand Slam.

"In general, I'm very proud to be here and to represent Montenegro as the only player in WTA or ATP (Association of Tennis Professionals) on tour," said Kovinić.

"So I'm making these results and making history in tennis for Montenegro.

"It's a huge thing for me, and hopefully there will be many more kids, boys and girls, following my path in the future, which I really hope, and I will try to help them out to reach my level and to be even better than I am today."

The 19-year-old Raducanu blamed a blister on her racket hand for her disappointing performance.

History maker 🇲🇪@DankaKovinic upsets Emma Raducanu 6-4 4-6 6-3 to become the first player representing Montenegro to reach the third round of a Grand Slam.

Kovinić has been awarded with a third-round meeting with former Australian Open finalist Simona Halep of Romania.

Halep dropped just two games in a 6-2, 6-0 mauling of Brazilian Beatriz Haddad Maia in just over an hour.

She is the only player remaining in the bottom half of the draw to have made the Australian Open final before having finished runner-up in 2018.

Second seed Aryna Sabalenka of Belarus was forced to dig deep in a comeback 1-6, 6-4, 6-2 victory over China’s Wang Xinyu.

There were emotional scenes on the Kia Arena where Australia’s Samantha Stosur’s singles career came to an end.

World number two Daniil Medvedev of Russia and fourth seed Stefanos Tsitsipas of Greece both dropped a set before booking their place into the third round.

Medvedev proved too strong for home favourite Nick Kyrios as he registered a 7-6, 6-4, 4-6, 6-2 triumph in front of a raucous Rod Laver Arena crowd.

"It wasn’t easy, but I am glad I overcame that obstacle today," said Tsitsipas.

"Lots of fighting, a little bit of swearing, but I am glad to be in the third round.

"It was a pretty hot day today, but I tried to play with my heart and it paid off in the end."

Competition is due to continue tomorrow.