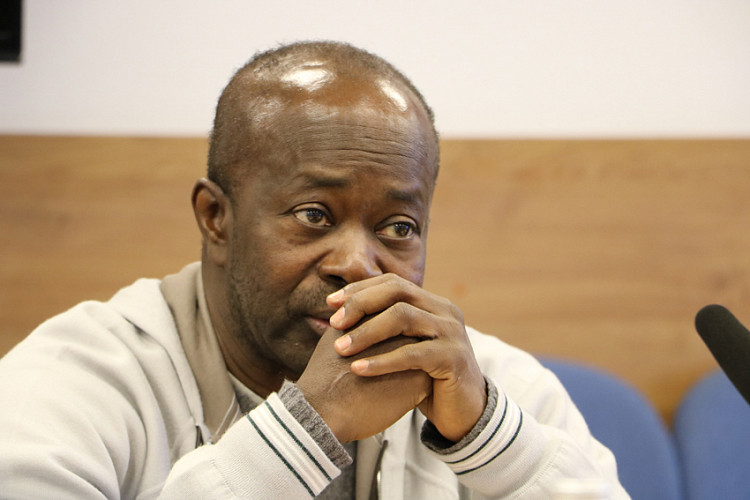 The SNOSC chief suggested the International Sambo Federation (FIAS) is positioned well to achieve its goal of Olympic inclusion in the future.

"I am sure that sambo has every chance to get into the programme of the Olympic Games," Ndiaye said.

"Moreover, FIAS has already received full recognition from the IOC, and new sports are included in the programme of the Games, and sambo has good chances to occupy its niche.

"In addition, Senegal will host the IV Summer Youth Olympic Games in 2026.

"Of course, it is quite possible that sambo will be included in the programme of these competitions.

"It is important to continue to work and fulfil all the necessary conditions of the International Olympic Committee."

Senegal is set to host the Youth Olympic Games in its capital Dakar in four years' time, with the event having been postponed from its original date of 2022 because of the COVID-19 crisis and delay of the Tokyo 2020 Olympics.

Sambo was not on the 35-sport programme approved previously by the IOC Executive Board.

Ndiaye claimed that he "began to pay close attention to sambo when it began to receive international recognition, and mainly when FIAS received recognition from the International Olympic Committee".

After receiving provisional recognition in 2018, the FIAS was granted full recognition at the IOC Session held before Tokyo 2020.

The FIAS currently has 12 National Federations as part of the African Sambo Confederation, including in Senegal, with a further eight holding candidate status.

Ndiaye expressed a belief that "we have all the necessary prerequisites for" the sport to develop further in Senegal, and is hopeful of expanding its presence on the continent as a whole.

He also revealed plans for a Palais des Sports in Senegal to serve as a "Temple of Martial Arts", and for the country's athletes to compete at the World Super Cup in Moscow in March.

The FIAS and SNOSC signed a formal Memorandum of Understanding in December.