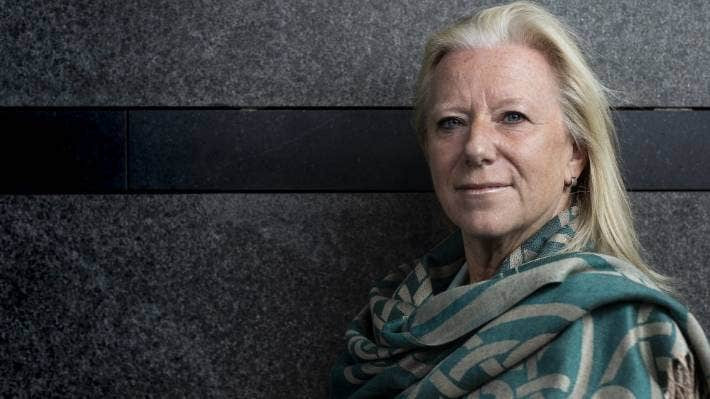 As insidethegames reported exclusively yesterday, the Australian state is now all but guaranteed to host in four years' time after signing an exclusive dialogue agreement with the CGF yesterday.

It solves the CGF's most concerning issue as the Games were originally due to be awarded at the 2019 General Assembly in Kigali in Rwanda.

Now, Victoria should be rubber-stamped in April, meaning the successor to Birmingham 2022 will be in place when the English city hosts this year's Games between July 28 and August 8.

In October, the General Assembly approved the new roadmap which includes significant changes to the status quo in a bid to safeguard the future of the Games and encourage more bidders.

One of the changes is the possibility for future hosts to organise sports across several cities or even countries.

Victoria has welcomed this idea with Premier Daniel Andrews revealing the majority of events will be in "regional cities" - meaning sports will not just be in state capital Melbourne which hosted the Games in 2006.

Sadleir told insidethegames that Victoria first approached the CGF before Christmas, rather than it being the other way round, with the roadmap the inspiration for it to do so.

"The document that was signed off by the CGF at the General Assembly, that really was the impetus that drove Victoria to be really interested in being involved," the New Zealander said.

"What will be proposed has a huge legacy and economic impact for the state of Victoria, while at the same time recognising that Australians are sport crazy and love to have events where Australians win medals on their home ground.

"It's definitely not shying away from a world-class sporting event, but it certainly takes on some of the things in the roadmap about how events can be used to drive social and economic change.

"That's definitely a driver behind this proposal."

Sadleir is due to travel to Melbourne for a two-week visit on Monday (February 21), where talks will be held with the State Government and Commonwealth Games Australia (CGA).

Existing venues will be proposed with no major infrastructure projects envisioned.

"We've got another two months to definitely nail it," Sadleir said.

"But it's a very positive state.

"We're not over the line but we're in a good space.

"The roadmap exercise that the CGF went through was a recognition that we needed to do things a bit differently.

"We need to be thinking innovatively, we need to be more responsive of what is really important to future hosts."

Another change in the roadmap was the decision to reduce the number of compulsory sports to just two - athletics and aquatics.

This will allow future hosts to shape their own programme and Sadleir, who joined the CGF from World Rugby in November, said Victoria had already shared "lots" of potential sports.

"They have a wide list but it's still work in progress," she said.

"It's an expansive list and that's part of going down there to have more discussion with them.

"They have lots of world-class facilities down there and they have run so many world-class events, so they know what they are doing.

"There are a lot of pieces to the puzzle and the fact they are thinking of using regional facilities gives us a lot of exciting opportunities.

"It helps us test out some of the things we think are really important about where the Games go beyond 2026.

"One of the things the roadmap talked about was co-hosting in terms of small countries getting together.

"Having a large, very experienced country like Australia putting up a proposal that has some decentralised aspects to it really gives us the opportunity to learn about where we might go in the future

"It's really exciting to be working in partnership with them."

Sadleir said that several other countries held discussions with the CGF following the new roadmap, while there was significant interest from other areas of Australia.

Last week, Tasmania announced its plans for 2026 with the CGA tasked with choosing which area of Australia should bid.

Victoria hosting would continue a UK-Australia pattern for the Games following Glasgow 2014, Gold Coast 2018 and Birmingham 2022.

The CGF would like to spread the Games around, Sadleir said, with the multi-venue model looking promising as an option to do this.

"Thinking about how you might dice and slice and create really exciting innovation in terms of events is where we want to take the Commonwealth Games," she said.

"I can look to the future and say, 'Why wouldn't we be able to think of an African continent Commonwealth Games?'

"Where you pick four or five countries and you work out the sports which are really important to them, and work with their Governments.

"When Wellington was looking at potentially bidding for the Commonwealth Games that Melbourne won, that was very much looking at an Oceanic Games.

"It was 'how can we move from just being a Wellington Games to being New Zealand Games', and possibly looking at how we could link countries like Fiji into hosting sports.

"So I think that is definitely what we're open to.

"We have 72 members, and the Commonwealth Youth Games is something at this stage which seems to be more realistic to most.

"But thinking creatively about what the Commonwealth Games of the future might look like is something we will engage."

Hamilton in Canada appears to be the frontrunner to host the 2030 Games, which would be a centenary edition after the city hosted the inaugural event in 1930.

"They are certainly out there and it is 100 years of the Games," said Sadleir.

"But we have a process to go through.

"There certainly isn't a done deal at all.

"But it's really exciting and encouraging to see what some of their sports and plans are."

The 2026 process is the second which has caused problems for the CGF after initial 2022 host Durban in South Africa was stripped of the Games and replaced by Birmingham due to financial issues.

Entering into exclusive discussions with Victoria is similar to how the International Olympic Committee chose Brisbane as host of the 2032 Olympic Games, with this move leaving no chance of a traditional bidding race.

Sadleir said this would not necessarily be how the CGF approaches things in the future.

"We will definitely be calling for expressions of interest," she said.

"There is always a mixture of both head hunting and going through bid processes.

"Sometimes you need to encourage people to put their names forward, rather than just wait and hope.

"That's part of what the roadmap is about, breaking down some of those significant things and saying, 'Hey, let's try things a bit differently.'"