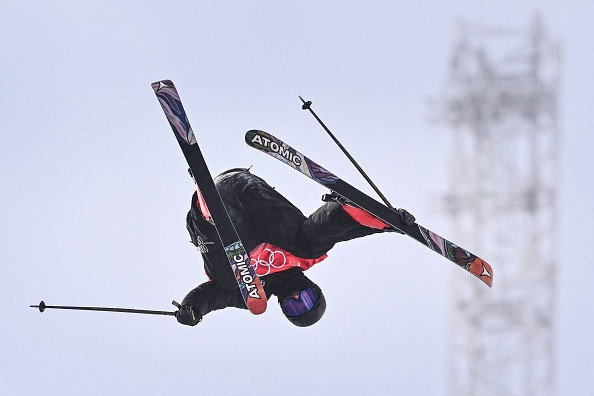 Nico Porteous added a second Olympic gold medal to New Zealand's tally with a win in the men's ski halfpipe today in a final blighted by poor conditions at Beijing 2022.

An opening saw the 20-year-old Kiwi perform a 1600 mute and 1600 safety, earning 93.00 points which ended up being enough to take the Olympic title, becoming only the second New Zealander to win a gold medal in the Winter Games.

Porteous followed snowboarder Zoi Sadowski-Synnott, winner of the gold medal in the slopestyle on February 6.

Four years ago, Porteous had become New Zealand's youngest Olympic Games medallist when he won a bronze medal in this event at the age of 16 at Pyeongchang 2018.

Four of the top five scored their best attempt in the first run as high winds led to many skiers falling during their second and third efforts.

"The weather conditions were tough today," Porteous, who was taught to ski at the age of four in France by his parents.

"It was very slow and it was quite challenging, but I stomped what I knew and tried my best and left everything out there and...it's so freezing cold right now, I'm lost for words."

With Sadowski-Synnott having also won a silver medal in the big air last Tuesday (February 15), New Zealand has won as many medals at these Winter Olympics as they had in their previous 16 appearances having made their debut at Oslo 1952.

American David Wise was able to string together a run for a score of 90.75 points for the silver medal, but could not get near to improving afterwards, meanwhile team-mate Alex Ferreira took the bronze with a mark of 86.75.

He got close to improving on his second, but could only get 83.75 points.

Noah Bowman from Canada was the only one of the top contenders to improve on his second run, but only marginally.

Birk Irving of the United States was fifth, followed by Kevin Rolland of France.

American Aaron Blunck and Britain's Gus Kenworthy, in seventh and eighth, both had bad landings.

Blunck landed on his head in his final run when trying to go for a medal, while Kenworthy hurt his lower back on the pipe during his second attempt, but still managed to score a solid mark in his final run.