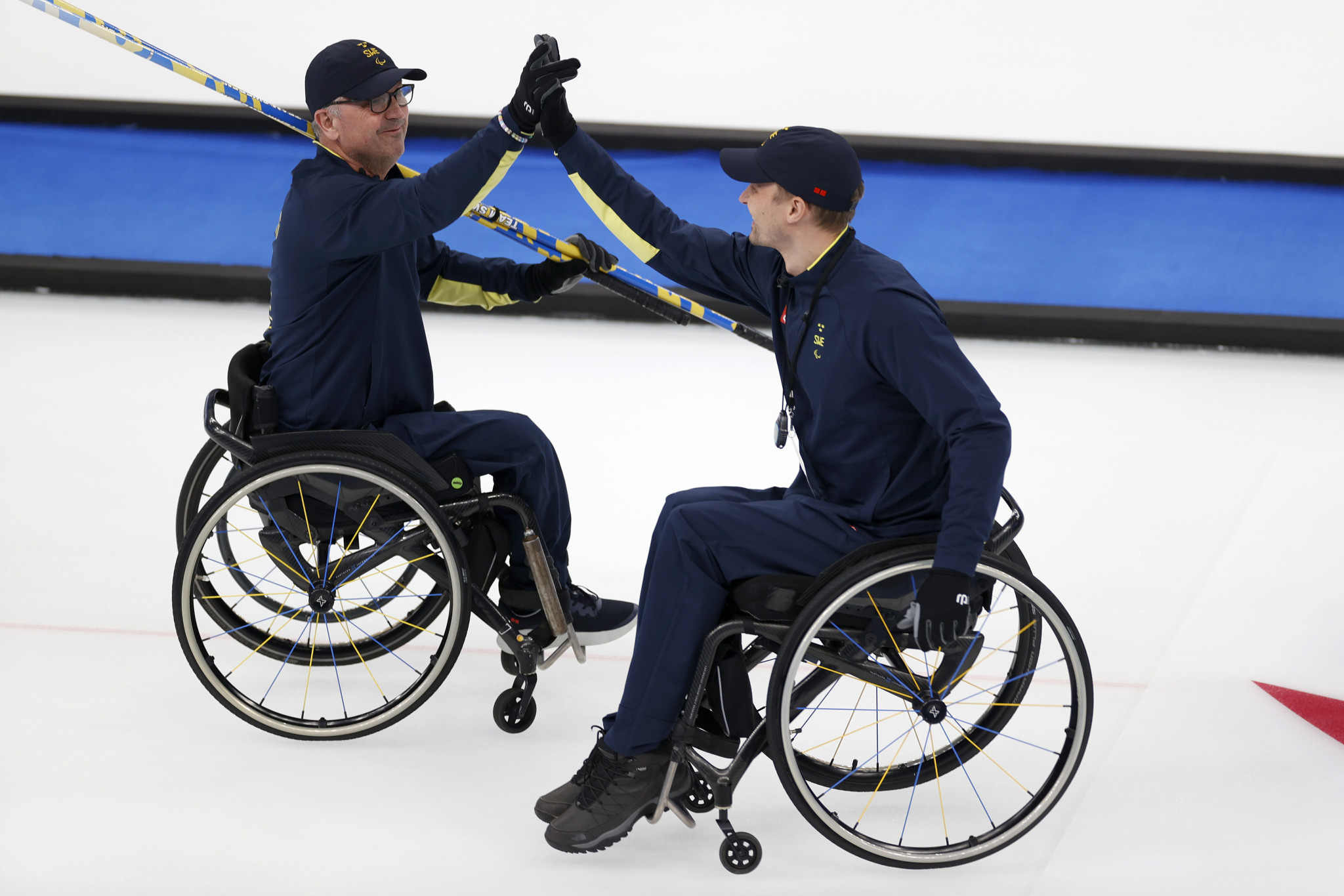 Viljo Pettersson-Dahl's Sweden were victorious twice in wheelchair curling today to move to the top of the standings, vanquishing Estonia and Britain at the Beijing 2022 Winter Paralympic Games.

After losing their unbeaten streak yesterday, both of their matches today would be worthy tests of character for the quartet, who are one of the main contenders for the medals.

It was a difficult start to their afternoon session against Andrei Koitmae's Estonia, with blows being traded for the first six ends.

However a score in the seventh and a steal of one gave the Swedes a 6-4 lead.

The opposite occurred later against Hugh Nibloe's Britain after taking a 6-0 lead with a score of three and two ends of stealing in a row.

Britain responded with a score in the last four ends, but could only bring it back to 6-4.

In the latter match, both scored four points in a single end, but a following score of three helped Slovakia to victory.

Wang Haitao's China were playing just once today, but it was a dominant 10-2 win over the United States, with a score of five in the second end showing the way the momentum would go from the early stages.

Ole Fredrik Syversen's Norway won twice today to help their medal hopes - first defeating Polina Rozkova's Latvia 8-6 after a couple of mistakes from their opponents, and following it up by beating Laurent Kneubühl's Switzerland 8-6.

Latvia defeated Switzerland 9-7 in the early match and Britain emerged victorious by a 10-5 scoreline against Estonia.

Sweden are top on five wins and one loss.