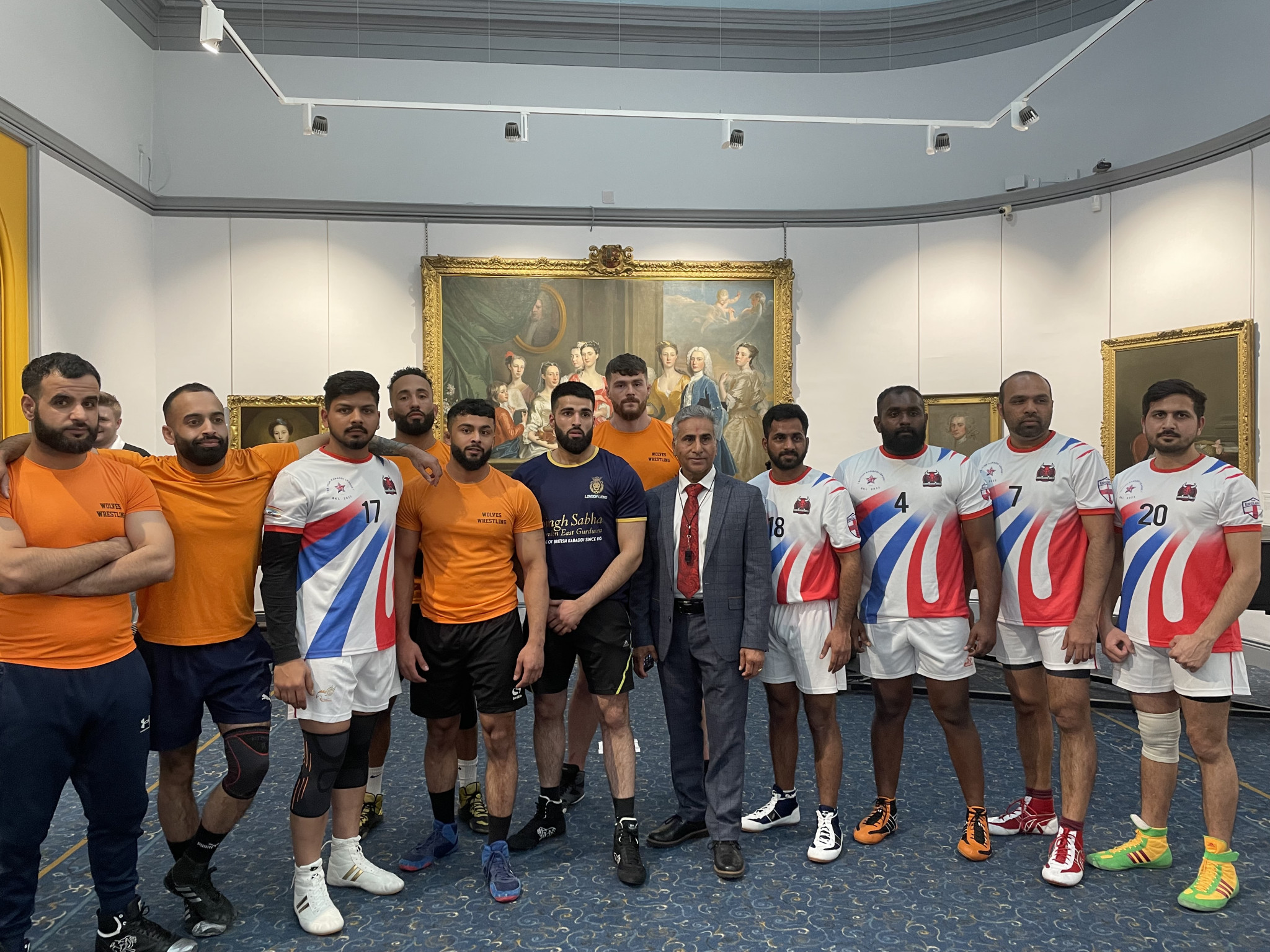 "Built by the community for the community", the BKL aims to raise the profile of the sport in the United Kingdom, empower ethnic minority communities by engaging the five million people of British-Asian heritage, support kabaddi athletes and promote physical exercise.

The league was launched today in Wolverhampton to mark the prominent role of the Midlands in British kabaddi, with the competing teams including four from the region - Birmingham Bulls, Wolverhampton Wolfpack, Walsall Hunters and Leicester Warriors.

"Wolverhampton is a proud sporting city familiar with staging major events like the Grand Slam of Darts and World Snooker Players’ Championship," said Ian Fegan, the City of Wolverhampton Council's director of communications and visitor experience.

"Our city is also set to stage the Commonwealth Games cycling time trial this summer.

"To add the first tournament of the inaugural British Kabaddi League to our sporting calendar is a major honour for Wolverhampton and symbolises our commitment to improving physical activity across communities.

"It is part of our five-year events strategy that we estimate will bring two million visitors to our city and boost the local economy by around £60 million ($78 million/€71 million).

"I would like to wish the best of luck to all those competing in the British Kabaddi League, with a special mention to Wolverhampton Wolfpack, who will be proudly representing our city."

As well as being supported by the region’s economic development agency West Midlands Growth Company, the BKL has also been backed by the Birmingham 2022 Commonwealth Games Business and Tourism Programme (BATP), created by organisers to attract more visitors, events and investment into Birmingham, the West Midlands and wider UK.

Birmingham is due to host a BKL leg this year as well as Wolverhampton, in advance of the Commonwealth Games between July 28 and August 8.

Wolverhampton's leg is set for April 9 and 10, with a tournament in Birmingham to follow on April 23 and 24.

The arrival of the BKL follows the launch of the BATP's Major Sporting Events Strategy, which aims to enhance the West Midlands' reputation as a recognised host of international sporting events.

Kabaddi is considered to be one of the fastest-growing sports in the world, and only cricket is more popular in South Asia.

It is a contact team sport originating from India, played between two teams of seven aiming to score points by raiding into the opponent's court and touching as many defence players as possible without getting caught by the opposing team.

"We are delighted that so many people from different and diverse backgrounds have come together to present this amazing sports project," said BKL chief executive Prem Singh.

"The BKL was created by the communities and will be used to promote positive community engagement and celebrate cultural diversity."

BKL franchises are owned and fully operated by local community clubs and money raised will go back to benefit these communities, it is claimed.

The BKL has several plans for the future including the launch of a women's league in 2023 and expanding the BKL to 12 franchises, encompassing four more UK cities.

Manchester and Glasgow - both past Commonwealth Games hosts - are scheduled to stage tournaments as well as Birmingham and Wolverhampton this season.