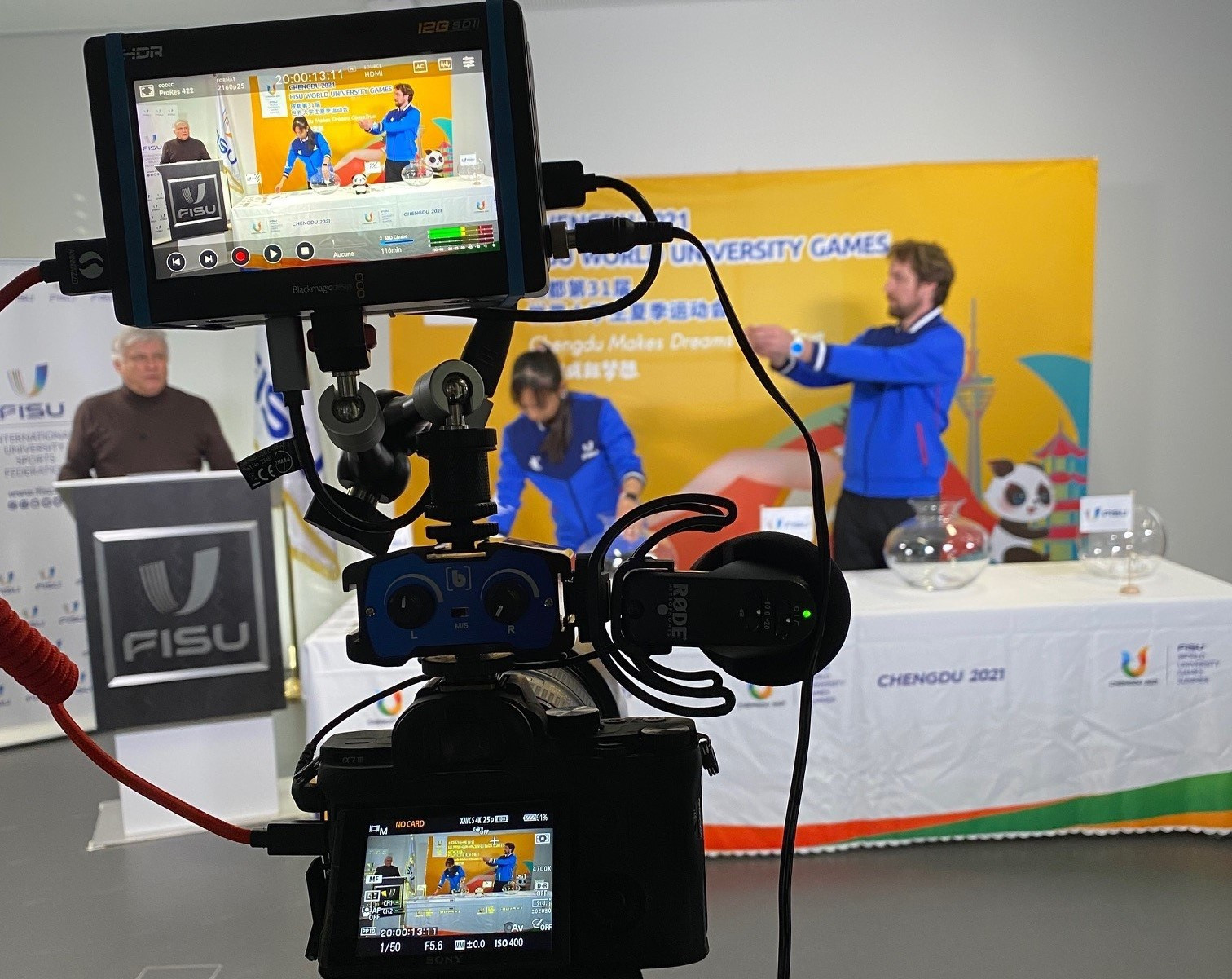 The International University Sports Federation (FISU) conducted the team draws for men's and women’s basketball, volleyball and water polo competitions with just under four months before the Chengdu 2021 Summer World University Games are scheduled to begin.

The draw took place at the FISU headquarters in Lausanne, Switzerland, and was led by FISU’s secretary general and chief executive Eric Saintrond.

Also present were Ulf Ohrman and Nikolaos Vasileiou who represented the FISU Technical Committee as chairs for basketball and water polo respectively.

The teams across the three sports were divided into tiers based on their FISU rankings.

This ranking is based on previous results in FISU sanctioned events.

Men’s and women’s basketball were allocated to four pools, with the men's event featuring two pools of six and two of five, and the women's three pools of fours and one of three.

In the men's volleyball there are two pools of seven, while in the water polo there is a pool of five and one of six.

Once drawn into their respective pools, teams were seeded once more to ensure there were some so-called "random initial games".

The Chengdu 2021 FISU Games is scheduled to take place from June 26 to July 7 and is due to involve around 4,000 competitors representing more than 100 countries.

The Games were due to take place last year but were postponed as a result of the coronavirus pandemic.