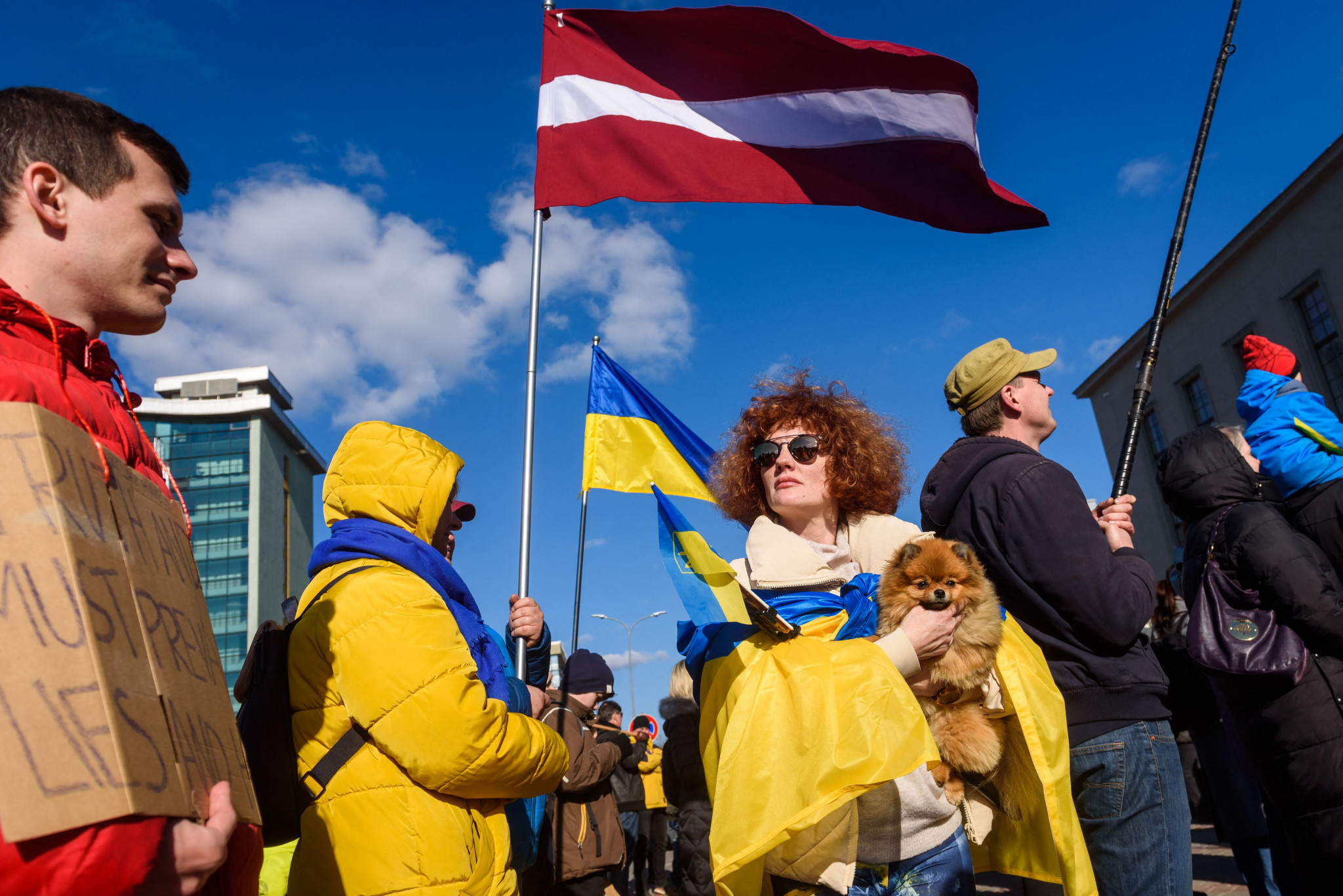 More than 50 Latvian sports journalists have signed a letter calling for the sporting community to be stronger in condemning Russia for invading Ukraine, urging its communities to not recognise May 9 this year, widely marked in Russia as Victory Day.

Victory Day commemorates the date of the surrender of Nazi Germany in 1945, which was the end of the Second World War, which fell on September 2 that year.

It is remembered by many former states in the Soviet Union such as Russia, Armenia, Azerbaijan, Belarus, Georgia, Kazakhstan, Kyrgyzstan, Moldova, Tajikistan, Turkmenistan and Uzbekistan.

Ukraine officially recognised the holiday until 2013 and in 2015 announced it celebrated a separate holiday on the same day called "Victory Day over Nazism in World War II".

Latvians are calling for the May 8 remembrance holiday - known as the Victory in Europe Day, VE Day or the Day of Defeat of Nazism in Latvia - to be acknowledged instead, with concerns over Victory Day being used to glorify the ongoing conflict in Ukraine.

"Victims of war deserve to be remembered by their close ones, but it can be done in a way already used for this enormous tragedy - with a moment of silence - and done together with the rest of Europe on May 8, which is an official Day of Defeat of Nazism and the Day of Commemoration of Victims of WWII in Latvia," read the letter, according to Latvian news agency LETA.

"Especially if surviving relatives know the place of death of their their close ones.

"If they do not, you can always find another way.

"We invite Latvian athletes and the entire Latvian sports community to not sit on the sidelines in the topic of Russia's aggression in Ukraine.

"Athletes are an important part of society.

"Their opinions have often been respected."

There was also a request to not gather near the monument in Victory Park in Riga on May 9.

Athletes have also been called to show solidarity with a sign of the Ukrainian flag or the words "Stop the War" on social media.

Ukraine was invaded by Russia on February 24, causing the International Olympic Committee to recommend the banning of Russian and Belarusian athletes from international competition for breaking the Olympic Truce.

The Olympic Truce is a peace agreement that spans from before the Olympic Games to a period past the end of the Paralympic Games.