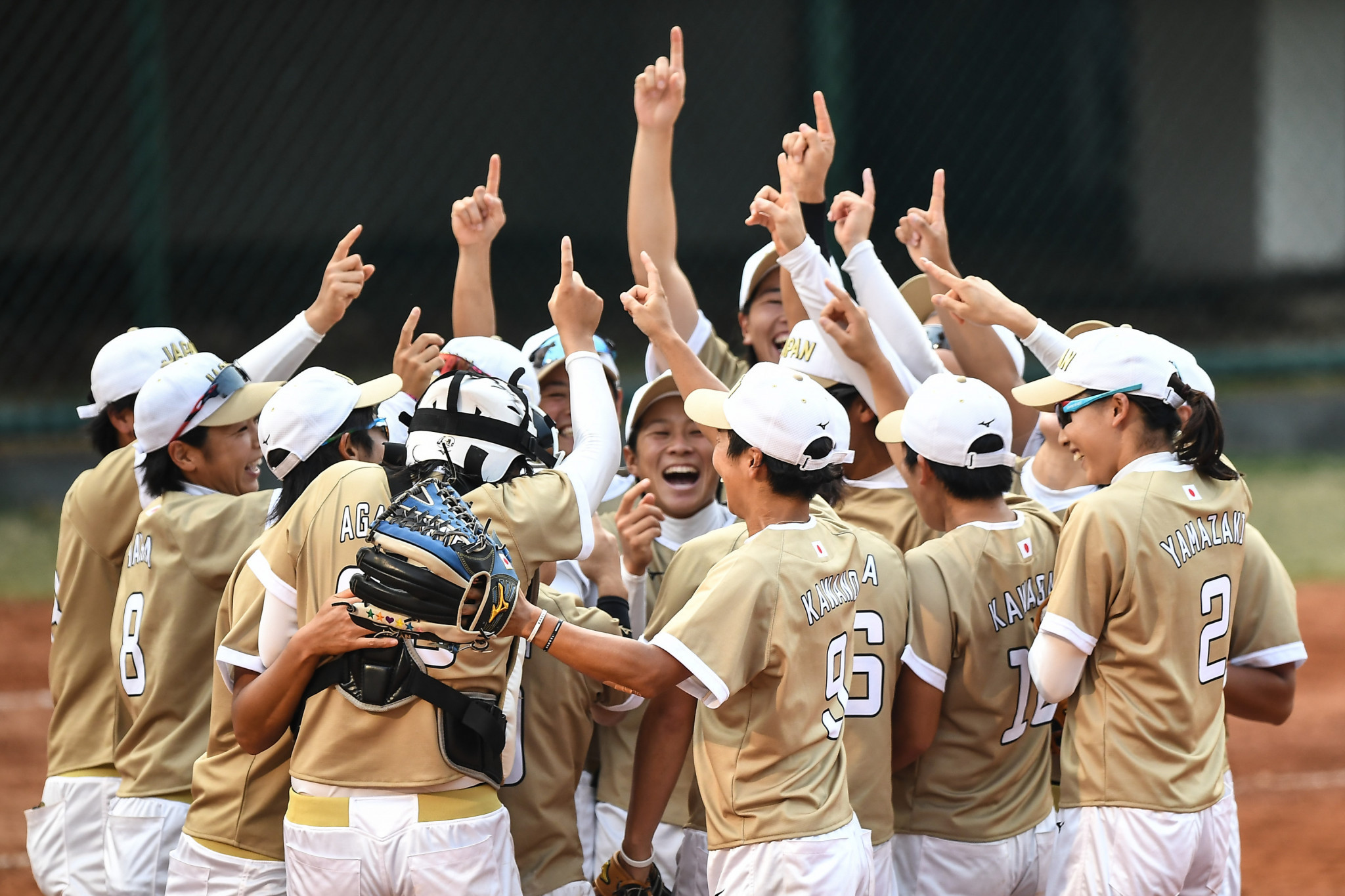 A record nine teams have been confirmed for the women's softball competition at the Hangzhou 2022 Asian Games, with a 10th participant awaiting approval from its National Olympic Committee (NOC).

Japan, Chinese Taipei, China, the Philippines, South Korea, Hong Kong, Thailand, Singapore and India have been confirmed for the tournament.

Singapore and India, the world number 47 and 49 ranked teams respectively, will make their Asian Games debuts.

Softball Asia confirmed a 10th team could be added to the tournament pending confirmation from its NOC.

The entry deadline falls on May 31.

Softball Asia said the previous record number of participants was seven nations, which was first achieved at Bangkok 1998.

Japan were crowned Asian Games champions for the fifth consecutive time, after beating Chinese Taipei 7-0 in the gold medal match.

China finished as the bronze medallists.

The podium finishers remain the top-ranked nations in Asia heading into the Games.

Baseball and softball competitions will be held at China's new baseball-softball megacentre in Shaoxing city, located southeast of Hangzhou.

Softball made its Asian Games debut in China, when Beijing hosted the Games in 1990.

China won the first three women's softball titles at the Asian Games, but Japan has dominated since.

Competition at Hangzhou 2022 is set to take place from September 10 to 25.