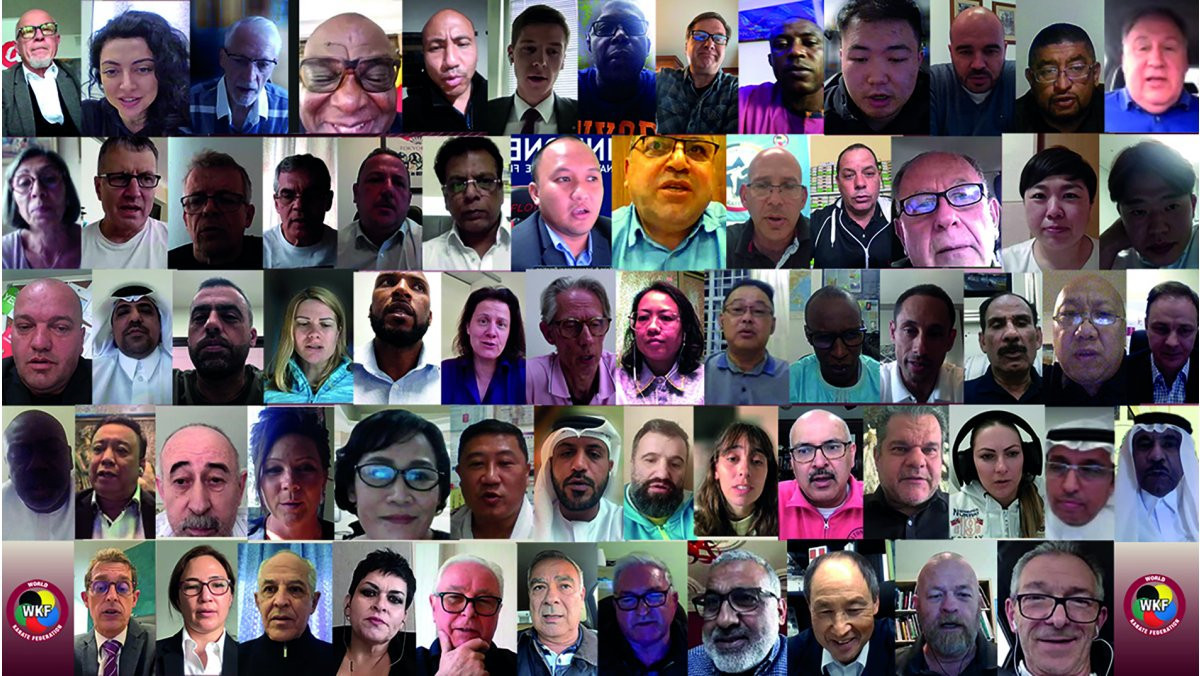 The World Karate Federation (WKF) has held a videoconference with key stakeholders where an LA28 Commission was introduced and it was unanimously agreed to continue lobbying to be included as an additional sport on the Los Angeles 2028 Olympic Games programme.

Antonio Espinós, the President of the WKF, led the meeting from Madrid while members of the WKF Executive Committee, National Federations and WKF Commission chairs also participated.

The meeting introduced the dedicated LA28 Commission, which is being managed by WKF general secretary Toshihisa Nagura.

The practical unit is being chaired by WKF Athletes' Commission member and USA Karate Board member Elisa Au.

Nagura outlined the inclusion process for an additional sport at the Olympics as Au explained the timeline and core elements needed for a sport to be selected for 2028.

Au, who is the United States' most decorated female karateka after claiming three world titles and five national titles, was added to the WKF Athletes’ Commission last year.

She is also recognised as a distinguished karate instructor.

"After our exclusion from the Paris 2024 Games, we will continue fighting to earn our well-deserved place in the Olympic programme," Espinós said.

"Karate brings great added value to the Olympic Movement, from our strength in social media to our economic prospects; from our life-changing ideals to the popularity of our sport among youngsters; from our financial and logistic efficiency to the outstanding impact of karate in the United States; from the well-established gender equality of our competitions to our universality.

"Millions of Karate fans around the world are hoping that our Olympic dream continues to be a reality.

"The support of our National Federations, as it was plainly stated today, together with the full commitment of the Karate family make us more convinced than ever that our goal is fair and clear: karate is an Olympic sport."

Karate made its Olympic debut at Tokyo 2020 but is not on the programme for Paris 2024 and faces a tough task to be part of the Olympics in the US in 2028.

The International Olympic Committee has already approved a 28-sport provisional programme for the Los Angeles 2028 Games.

This does not include boxing, modern pentathlon or weightlifting, which were all omitted but told there is a "pathway" for their inclusion if governance concerns are adequately addressed.

However, the WKF has not given up hope of being included as an additional sport.

President Espinós continued this drive at the Karate 1-Premier League event in Matosinhos in Portugal by meeting with American Olympians Ariel Torres, Thomas Scott and Sakura Kokumai to discuss karate's campaign for inclusion at Los Angeles 2028.

Topics of conversation included the Olympic project as a whole and initiatives to demonstrate the popularity of the sport in the US.

Kokumai ended her Olympic journey fifth in the women’s kata while Scott finished seventh in the men’s kumite under-75 kilograms.

"I want to thank Ariel, Thomas, and Sakura for taking their time to meet today and for their enthusiasm and cooperation in such an important project for the Karate world," Espinós said.

"Their feedback is extremely valuable, and their ideas and experience are essential for the success of our Olympic campaign.

"I am very pleased to note that they are fully committed to this project.

"They are the best ambassadors to show the excellence and many values of our sport."