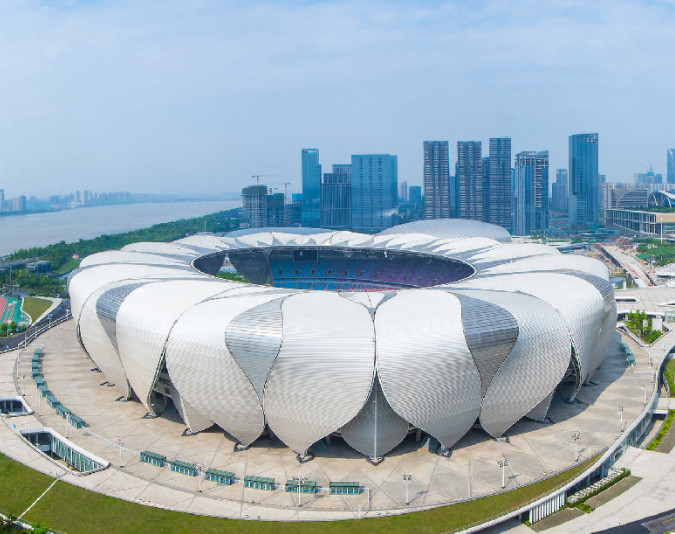 The Hangzhou 2022 Asian Games have been postponed due to concerns over the COVID-19 pandemic, it has been announced.

The Chinese city was scheduled to host the Games from September 10 to 25 this year but a decision has now been taken to delay the Olympic Council of Asia's (OCA) flagship event.

The postponement was confirmed today after a meeting of the OCA Executive Board and followed detailed discussions with the Chinese Olympic Committee (COC) and the Hangzhou 2022 Organising Committee (HAGOC).

The Asian Youth Games, due to be held in the Chinese city of Shantou from December 20 to 28 this year, have also been cancelled, the OCA has announced.

China is currently battling against a rise in COVID-19 cases with the ongoing situation cited as the chief reason for the decision to postpone Hangzhou 2022.

Cities such as Shanghai have been placed into strict lockdowns as part of the country's "zero COVID" approach.

"HAGOC has been very well prepared to deliver the Games on time despite global challenges," a statement from the OCA read.

"However, the above decision was taken by all the stakeholders after carefully considering the pandemic situation and the size of the Games."

The OCA confirmed the name and emblem of Hangzhou 2022 will "remain unchanged" despite the delay and claims the Asian Games will "achieve complete success through the joint efforts of all parties".

New dates for the event have yet to be agreed with the OCA, the COC and HAGOC expected to make a decision on that "in the near future".

Last month, Hangzhou 2022 organisers said all 56 competition venues for the Games have been completed.

A total of 482 medal events across 40 sports and 61 disciplines were set to feature at the Asian Games, including debuts for breaking and esports.

Approximately 10,000 athletes were expected to compete at Hangzhou 2022.

The Shantou 2021 Asian Youth Games were initially scheduled to take place from November 20 to 28 last year before being postponed to December this year due to COVID-19.

After discussion with the COC and the Organising Committee, the OCA Executive Board decided that as the Asian Youth Games had already been postponed once, Shantou 2021 will be cancelled.

The next Asian Youth Games are now set to be held in Tashkent in Uzbekistan in 2025.

The event has not taken place since 2013 when Nanjing played host, following the inaugural edition in Singapore in 2009.

The 2017 Asian Youth Games were awarded to Sri Lanka, only for the country to withdraw from staging the event following several issues.

"The OCA thanks Shantou Organising Committee for its great work during the preparation phase," a statement from the OCA read.

"We strongly believe that this effort will be beneficial to many different aspects of the development of the city, especially in the field of sport as well as for the promotion of Olympic spirit in Asia."

Numerous international sporting events in China have been cancelled during the pandemic due to the country implementing strict COVID-19 restrictions, which have included borders largely being closed to foreigners.

The Beijing 2022 Winter Olympic and Paralympic Games represented a rare exception to this, but was held within a closed-loop system which restricted participants from interacting with the general Chinese public.

insidethegames understands the International University Sports Federation Summer World University Games in Chengdu is due to be postponed for the second time.

Chengdu is scheduled to host the Games from June 26 until July 7 after the event was moved from 2021 to 2022 because of the global health crisis.