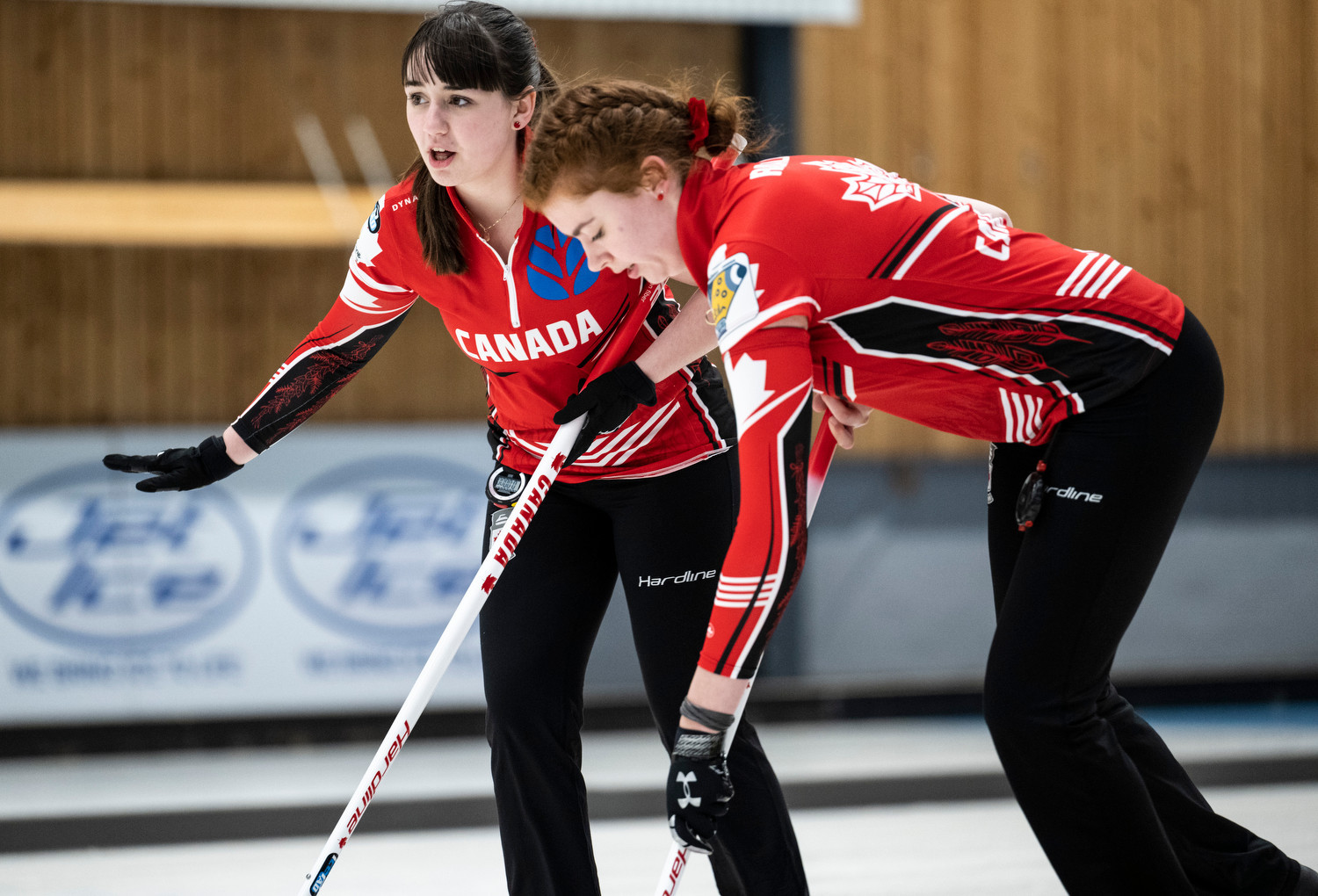 Canada, the holders of both the men’s and women’s World Junior Curling Championships titles, lost all three of their matches on the opening day in Jönköping, Sweden.

The Canadians enjoyed a golden double the last time the tournament was held in Krasnoyarsk in Russia in February 2020, but struggled on the opening day of round-robin action for both the men and women today.

In their first men’s match Canada were edged out by the United States 11-10, with the US scoring two with the hammer on the final end to secure a narrow victory.

Later in the day Canada faced Germany but were beaten 7-2, with the Germans scoring three on the sixth end as they clinched a comfortable win.

Following the first day of men’s round-robin action three sides sit on a records of two wins and no losses - Norway, Germany and Scotland.

Norway won 14-5 against New Zealand in the opening session and followed it up with a 9-7 triumph against Sweden.

Japan 🇯🇵 plans on keeping the house clear, which they are executing perfectly 🤩

Germany defeated Italy 6-2 in the opening session before their win over Germany while Scotland recorded an 8-5 win against Korea and then later a 9-1 thumping of the US.

In the day’s other matches Switzerland beat Sweden 10-5, Korea recorded a handsome 12-1 win over New Zealand and Italy battled past Switzerland 9-7.

In the women’s round-robin Canada started strongly in the first match of their defence opening a 5-0 lead after two ends against Scotland.

After scoring in the next three ends, Scotland led 6-5 at the halfway point, and maintained the advantage throughout the second half of the match to win 9-7.

In the day’s other matches Japan beat Korea 9-6, Latvia defeated the US 10-6, Sweden beat Switzerland 7-3 and Norway defeated Denmark 9-6.

Round-robin action is scheduled to continue tomorrow in the men’s and women’s events, with the champions due to be crowned on Sunday (May 22).

Last year’s editions of the tournament were due to be held in Beijing, China, but were cancelled due to the coronavirus pandemic.