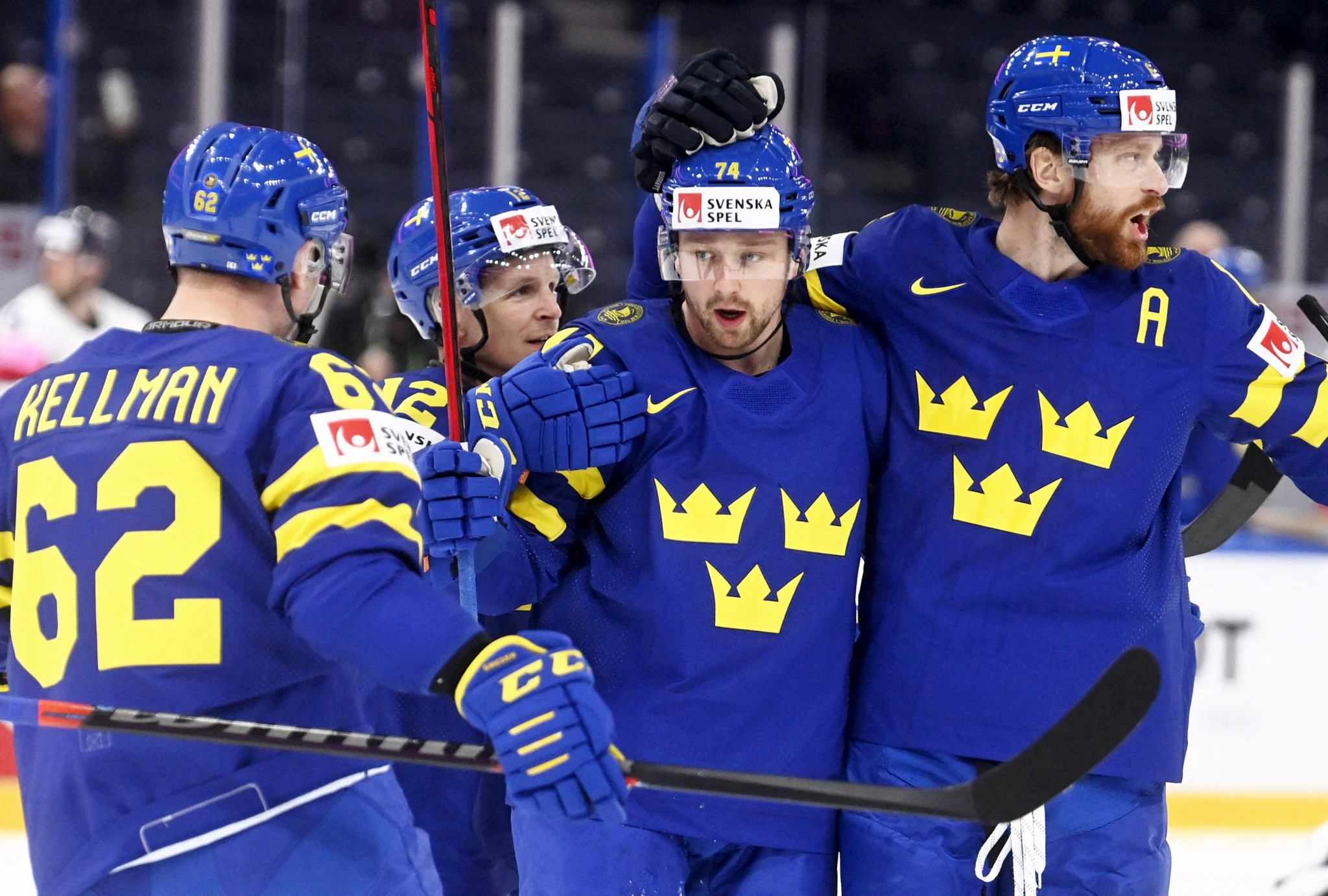 The Swedes put on a show for the 3,000 strong crowd by scoring five in the first period and adding another in the third.

Rasmus Asplund opened the tally inside the first 15 seconds before Joakim Nordström added a second.

Anton Bengtsson scored a third to put Sweden into a commanding position and Rasmus Dahlin contributed to the scoring to pile more misery on to Britain’s brittle defence.

Asplund capped off the dominating first period with a fifth goal.

Following a goalless second period, Bengtsson netted another to complete the 6-0 victory.

The other Group B match saw Austria claim a 2-1 overtime win over Czech Republic.

Czech Republic seemed destined to win their second match of the competition with Roman Červenka’s opening goal separating the two teams in the closing stages of the match.

However, Brian Lebler rescued Austria late into the third period to force overtime.

Neither team could gain an advantage in the five minutes of extra time, with the tie to be decided by a shootout.

Goalkeepers Bernhard Starkbaum of Austria and Karel Vejmelka of Czech Republic starred for both teams as they saved two shots each.

Peter Schneider’s strike was the decisive effort as he was the only the player to score during the shootout.

Switzerland recorded their third consecutive win in Group A, triumphing 3-2 against Kazakhstan.

The Swiss entered the third period 2-0 to the good after goals from Denis Malgin and Dario Simion.

Jesse Blacker brought Kazakhstan back within one but Fabrice Herzog replied to restore the two-goal deficit.

Valeri Orekhov scored late on, but it was too little too late for Kazakhstan, who are now seventh after three successive defeats.

Nikolaj Ehlers put the Danes in front in the first period before Alex Petan equalised shortly before the conclusion of the second.

Denmark’s advantage was restored just one minute 46 seconds into the third period thanks to an effort from Mathias Bau.

Denmark sit third in the Group A standings with six points.