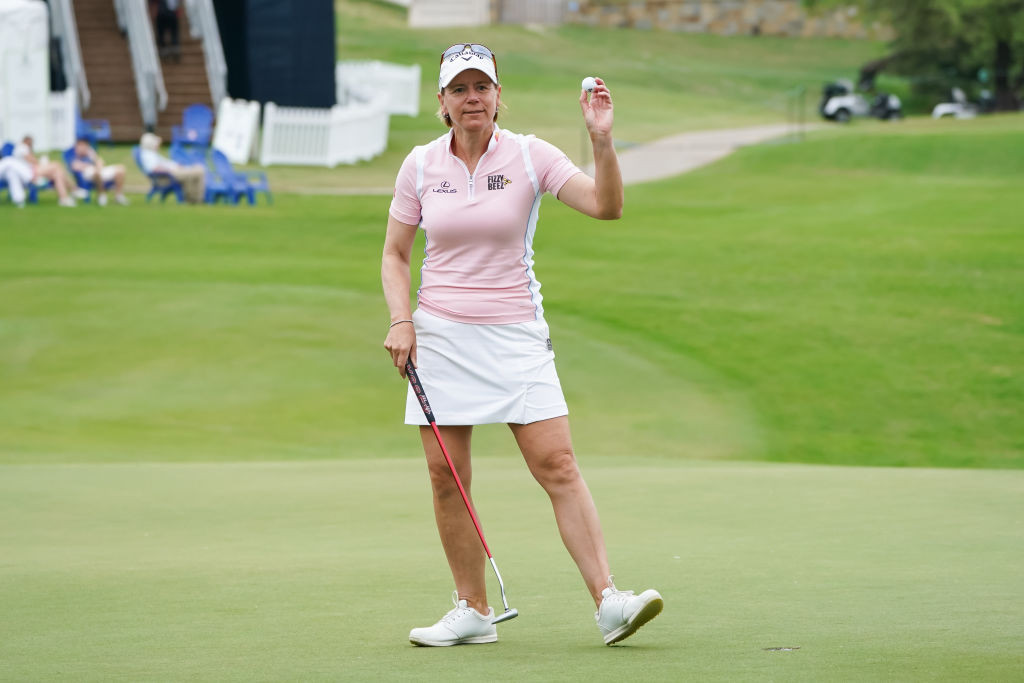 Annika Sörenstam, President of the International Golf Federation (IGF) has expressed confidence in the game's Olympic future representation despite the threat of a breakaway tour.

The game is currently embroiled in a power struggle as the PGA Tour, whose commissioner Jay Monahan is chair of the IGF Board, is seeking to head off the proposed new Saudi-backed LIV Golf Invitational Series being fronted by Australia’s former world number one Greg Norman.

Monahan has said PGA Tour players who embrace the lucrative Saudi project will be banned from the PGA Tour, which has been in existence since it was itself formed in a breakaway in 1968.

Sörenstam responded cautiously to the question of how new potential rivals to the PGA Tour might impact upon which players were available to play at the Olympics, to which golf returned at Rio 2016 after a hiatus of 112 years.

"As in Rio and the Tokyo Olympic Games, the qualification system for the Paris 2024 Olympic Games will be based upon the Olympic Golf Rankings where the IGF utilises the official world golf rankings to determine eligibility," she told insidethegames.

"It is difficult at this time to state if any possible impact on athlete participation in Paris can be caused by any alternative golf competitions."

But Sörenstam remains very optimistic about the Olympic prospects for golf, starting with the Paris 2024 Games, for which players including former world number one Rory McIlroy have already announced their intention of contesting.

"With regards the men’s field, if it had not been for the COVID-19 which meant the world number one and five had to withdraw, we had all but three of the eligible highest-ranked players in the men's world rankings participating in Tokyo," she said.

"Based upon the feedback and comments made by those male athletes that participated in Tokyo we expect the best players in the world who qualify for the Paris 2024 Olympic Games to participate."

Asked whether she felt golf had now sealed its Olympic place, Sörenstam responded: "As a result of golf's successes in both the Rio 2016 and Tokyo 2020 Olympics and golf’s subsequent confirmation as a sport within the Paris 2024 and Los Angeles 2028 competitions, golf has definitely solidified its position in the Olympic programme.

"Having said that we by no means take our position within these Games programmes for granted and continue to strive to be a contributing member of the Olympic Movement and to present our sport in its best light to the vast new audiences and opportunities that participating in the Olympic Games brings golf.

"I definitely believe there is growing interest in golf as an Olympic sport, particularly after the thrilling finishes in Rio and Tokyo, and we’re hearing anecdotal stories from a number of federations regarding increased focus on and funding for golf.

"I’m confident this trend will continue as golf further establishes itself in the Olympics."

Before stepping down, Sörenstam's predecessor as IGF President, Peter Dawson, mentioned his hope that there might one day be a separate team event at the Olympics, something the 51-year-old Swede, who has recently returned with success to playing 14 years after calling time on one of the all-time great women’s careers, does not rule out.

"The IOC [International Olympic Committee] and LA 2028 will seek submissions from International Federations for proposals for additional events in 2023 and the IGF Board are conducting a review of our events with this deadline in mind," Sörenstam replied.

For the full interview in this week's Big Read, click here.