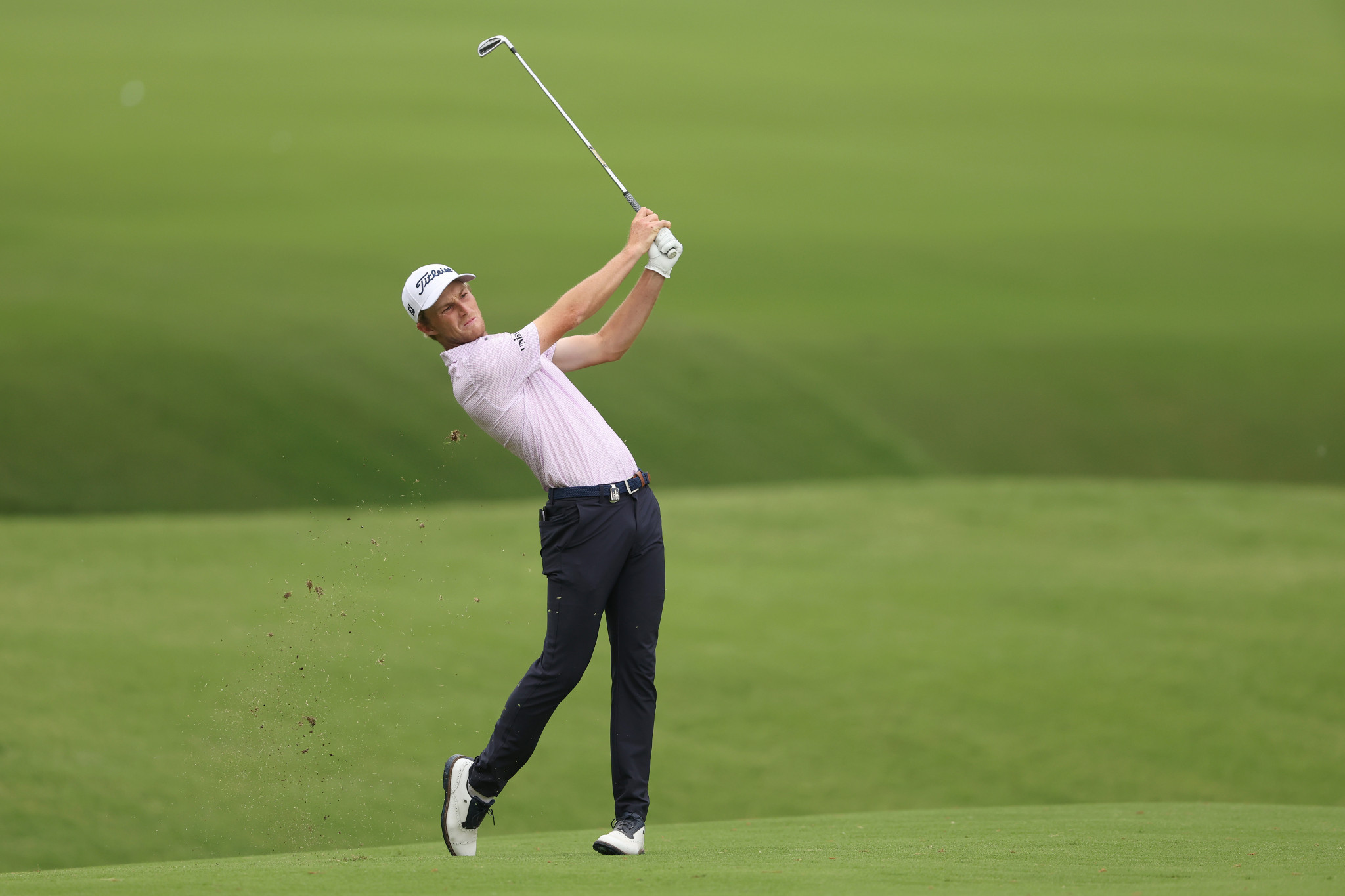 The United States’ Will Zalatoris earned a one-shot lead at the halfway mark of the Professional Golfers' Association of America (PGA) Championship after a five-under-par second round in Oklahoma.

Three consecutive birdies on the back nine helped Zalatoris move into the lead, with the American completing a bogey-free round to move to nine under par for the tournament.

Zalatoris, a Masters runner-up who was named PGA Tour Rookie of the Year in 2021, will have his sights set on a first major.

Chile’s Mito Pereira continued his impressive debut at the PGA Championship by lying second at the halfway point.

Pereira, who is competing in just his second major, shot a six-under-par round to end the day one adrift of the leader.

Justin Thomas is three shots off the lead with the 2017 champion carding a second consecutive round of 67.

Fellow American Bubba Watson rose up the standings after a superb round of 63, which included nine birdies and two bogeys.

Two-time winner McIlroy slipped to fifth after a round of 71, with the Northern Ireland star level with Mexico’s Abraham Ancer and the United States’ Davis Riley.

Tiger Woods, the 15-time major champion, battled to make the cut as the American continues his comeback from career-threatening injuries sustained in a car crash.

Compatriots Dustin Johnson and Scottie Scheffler were among the big names to miss the cut.

World number one and reigning Masters champion Scheffler dropped two shots on the final hole of the day, ending his participation at the tournament.