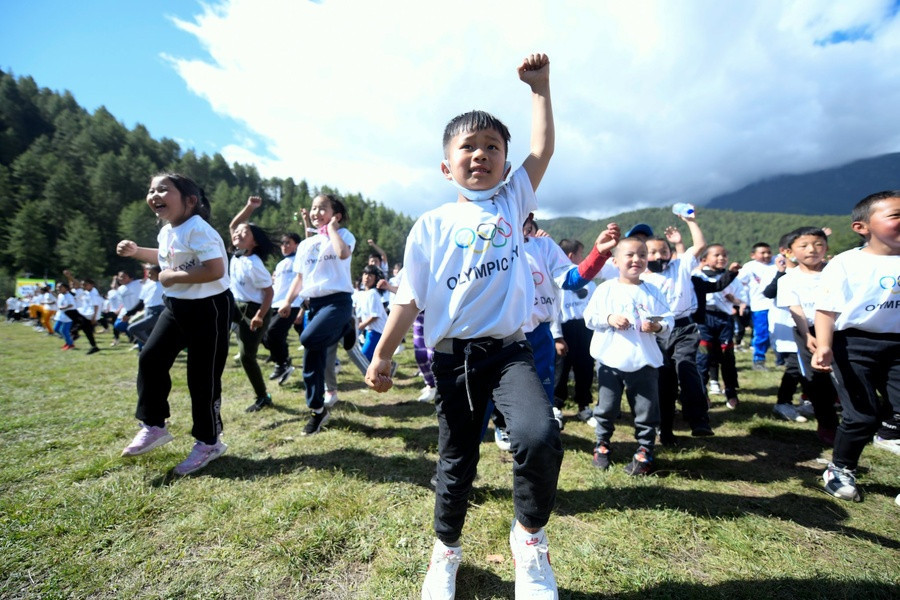 Children in Bhutan were introduced to a wide variety of sports by the Bhutan Olympic Committee (BOC) to mark Olympic Day 2022.

The celebrations, held at Chundu Armed Forces Public School in the country's Haa district, were enjoyed by children of all ages.

Sports including football, boxing, shooting, baseball and teqball were organised by experienced coaches and instructors for around a thousand students, teachers and villagers.

There was also the opportunity for the children to 'Meet the Sports Stars', as some of Bhutan's leading athletes attended the event.

BOC secretary general Sonam Karma Tshering said: "It is the hope of the BOC that such events will open a new era for national sports and raise national participation to new levels, benefitting our youth, as well as sports enthusiasts around the country."

The BOC was created and recognised by the International Olympic Committee (IOC) in 1983 and sent six archers to Los Angeles 1984.

Archery is Bhutan's national sport, and the only sport to date they have participated in at an Olympic Games.