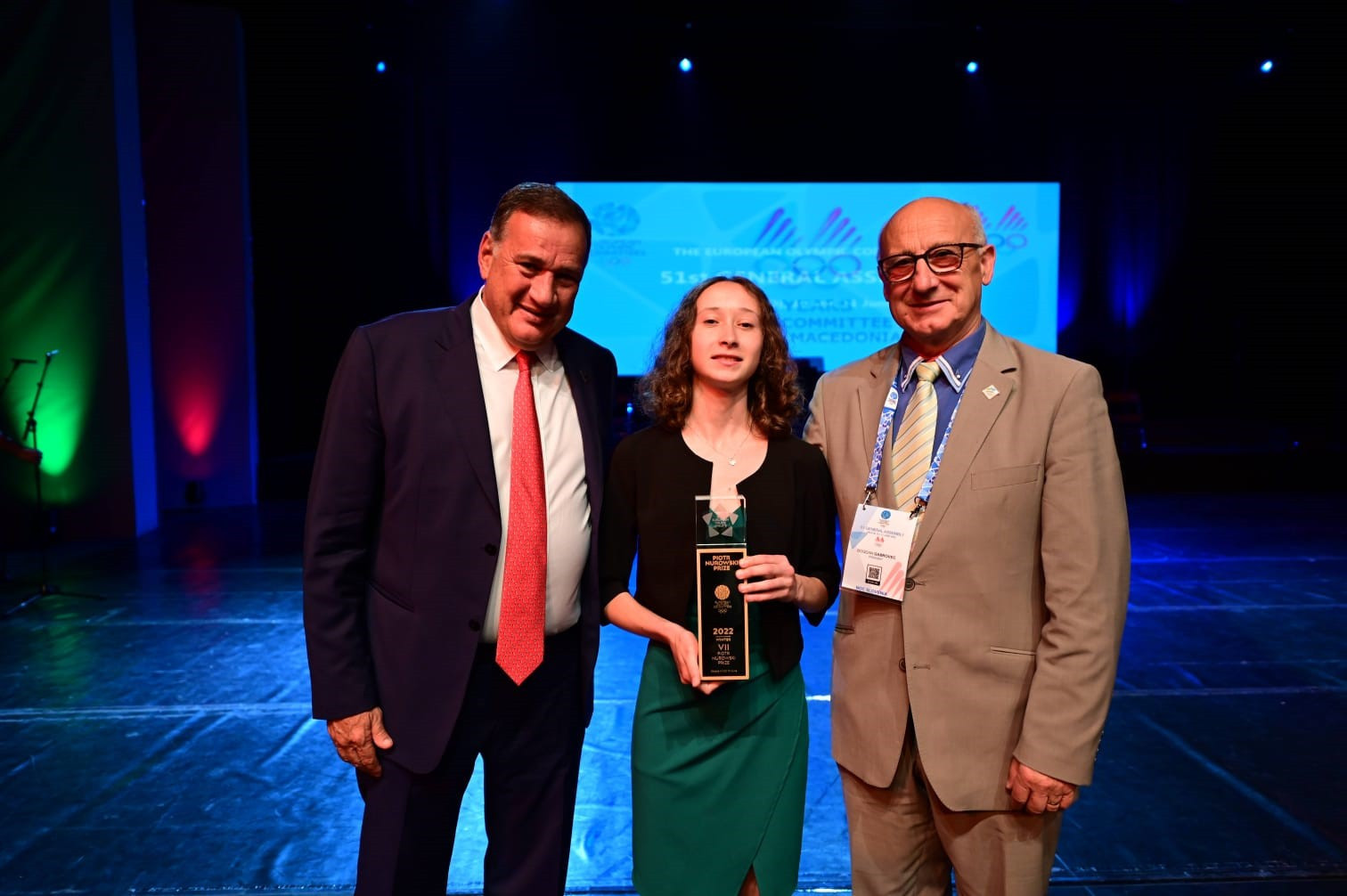 She also took two golds at the Vuokatti 2022 Winter European Youth Olympic Festival (EYOF), and finished seventh at her home World Cup leg in Ljubno on her debut on the circuit.

Prevc polled more than one-third of the votes from National Olympic Committees at the General Assembly here, and was presented as winner at a gala dinner held at the National Opera and Ballet in celebration of the Olympic Committee of North Macedonia's 30th anniversary.

The other four shortlisted athletes also earned trophies and a scholarship.

Prevc is the seventh winner of the winter edition of the prize, and is aiming to become an Olympic champion.

"Of course it is everyone’s dream to win a gold medal at the Olympic Games," she has said.

"If I keep working hard and enjoying what I do then I believe I can achieve my dream one day."

The award was created in 2011 and named after former Polish Olympic Committee President Piotr Nurowski, who died in a plane crash in 2010.

She is the second consecutive winter award winner from Slovenia, following on from biathlete Lena Repinc last year.