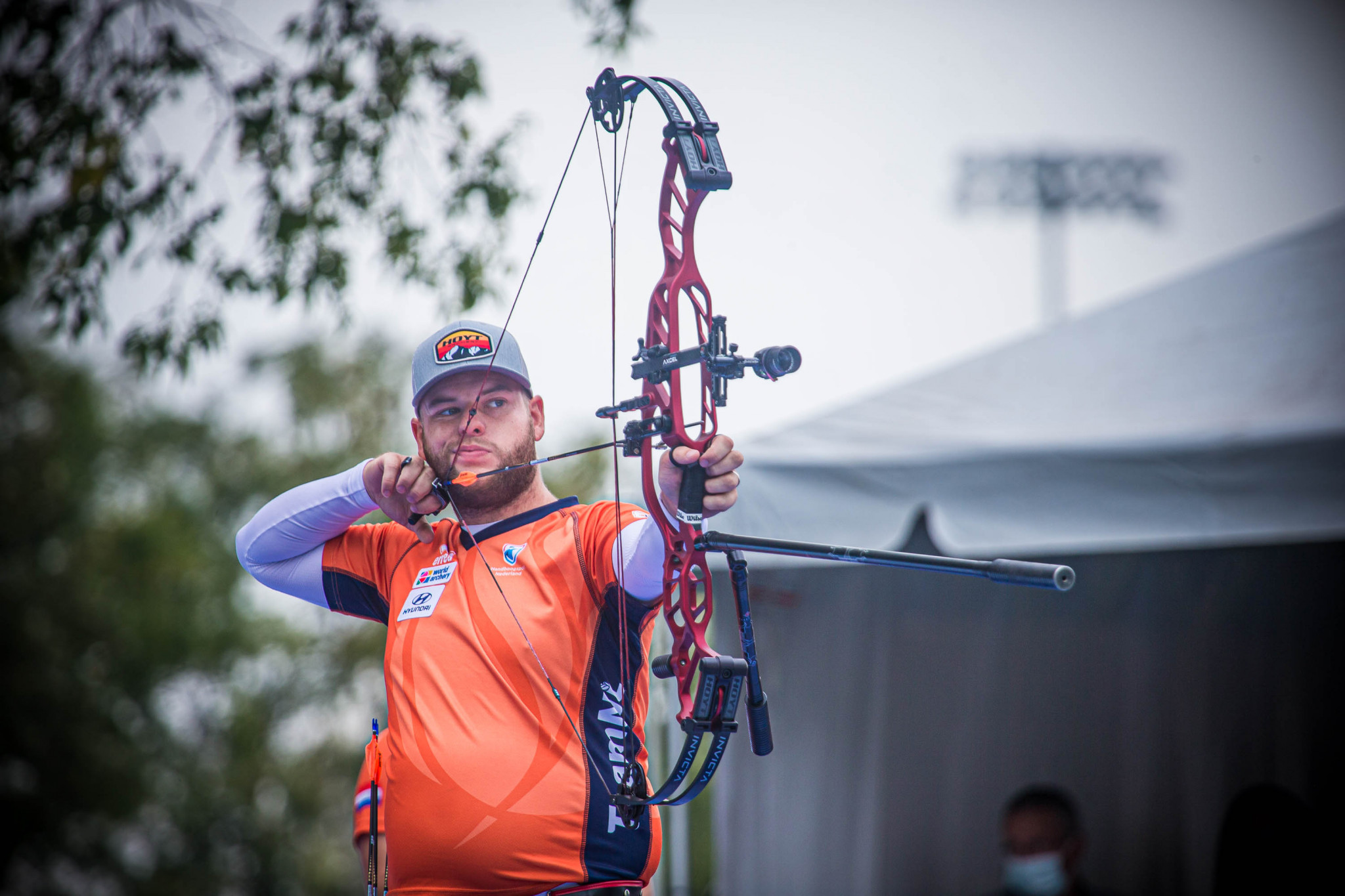 World number one Mike Schloesser of The Netherlands and Britain’s Ella Gibson topped qualification in compound events at the third stage of the 2022 Hyundai Archery World Cup in Paris.

Schloesser’s score of 717 is his best result at World Cups since 2017 and is now unbeaten in the first phase of the last six editions of the event since 2021.

"Normally my practice scores aren’t as good as my competition.

"I’ve made some good choices already this week and I’m really happy about it."

Meanwhile, Gibson’s score of 712 was better than her current European record for the 72-arrow 50-metre round.

"Honestly I’m not as happy as I probably should be," Gibson said.

"I felt like the world record was in my grasp and I let it go.

"I think it’s always hard to shoot well at a World Cup and everyone’s there and you have cameras around and everyone always knows what you’re on.

"That has added pressure."

Yang Jaewon and Kim Jongho with 713 each and Choi Yonghee with 711 finished second, third, and fourth on a dominant day for South Korea.

Among women, Jyothi Surekha Vennam of India seeded second with 705.

The World Cup is set to continue tomorrow with compound team elimination round followed by recurve team qualifying.