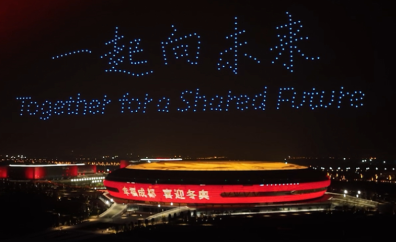 Eric Saintrond, chief executive and secretary general of the International University Sports Federation (FISU), has announced his confidence that the twice-postponed Summer World University Games now due to take place in Chengdu next year will prove successful.

The third planned edition of this event to be hosted by China was originally scheduled from August 16 to 27 2021.

But on April 21 last year it was announced that the Games would be postponed to 2022 due to the COVID-19 pandemic, retaining the branding of Chengdu 2021.

Chengdu 2021 was eventually rescheduled for June 2022.

On May 6 this year, however - after New Zealand, Canada and Britain had declared that they would not compete in Chengdu in 2022 due to COVID-19 uncertainty - FISU announced that the Games had been rescheduled again for 2023, and now the new dates have been set - July 28 to August 8.

Through bad luck and circumstance, that has turned out to be an unexpectedly lengthy process - but Saintrond is adamant that Chengdu 2021 will deliver in 2023.

"The pandemic has taught us all a valuable lesson about uncertainty," Saintrond told insidethegames.

"But FISU remains certain of the professional people, the facilities and the will that exists in Chengdu to host a great FISU World University Games.

"We are looking forward to being there as China resumes its place as a welcoming and capable host for international sports competitions."

Asked if he thought there would be any advantages for Chengdu waiting so long in terms of giving time to get every detail organised, Saintrond added: "For Chengdu, it was not so much a matter of time but of capacity.

"They have always had the capacity to deliver the project well and FISU will continue to support them in this delivery.

"National University Sports Federations can look forward to a very special event and I know that at FISU we are very much looking forward to first Lake Placid and then Chengdu next year."

For full interview go to this week's Big Read.