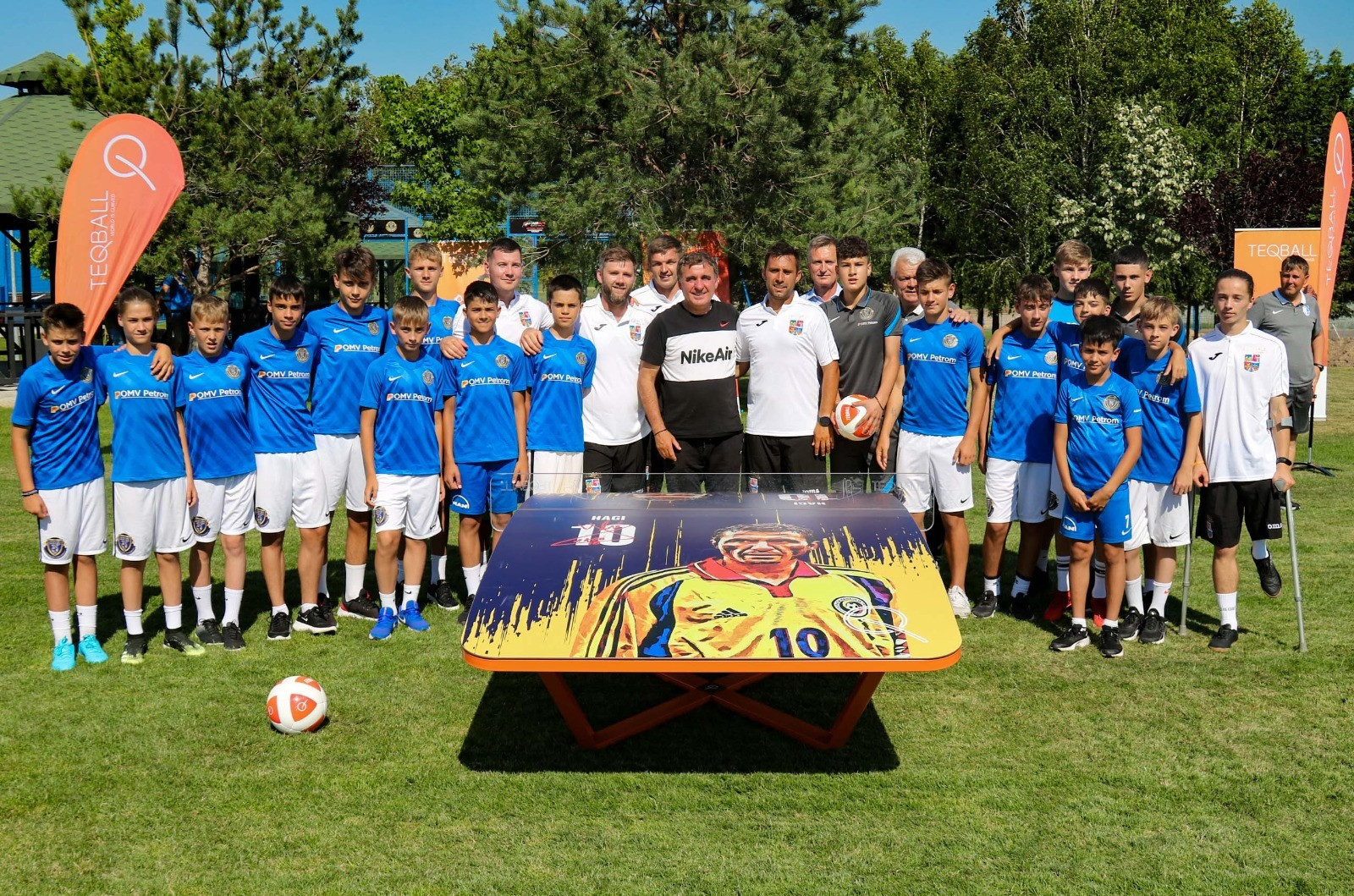 The Romanian Teqball Federation has gifted personalised tables to two of the country's footballing legends, Gheorghe Hagi and Gheorghe Popescu.

The tables were presented at an event organised by the governing body at the Hagi Football Academy and will be used by players at the academy as part of their training programme.

There were also teqball demonstrations put on by world champions Szécsi Barna, who won the doubles title in 2017 and singles the following year, and Lazar Zsolt who was Barna's partner in 2017. 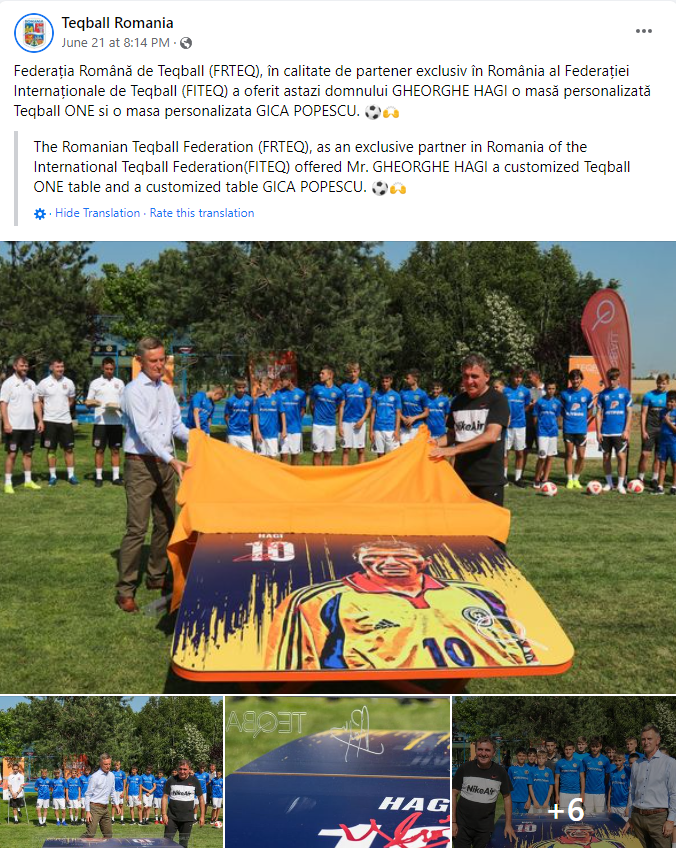 Hagi is regarded as the greatest Romanian footballer of all time and one of the best players of the 1980s and 1990s.

The attacking midfielder amassed 35 goals in 124 appearances for the national team, won Romanian Footballer of the Year a record seven times, and was nominated six times for the Ballon d'Or.

Popescu was capped 115 times for Romania and scored 16 goals from defence.

The 54-year-old is a former captain of FC Barcelona and UEFA Cup winner with Galatasaray.

He is also Hagi's brother-in-law.