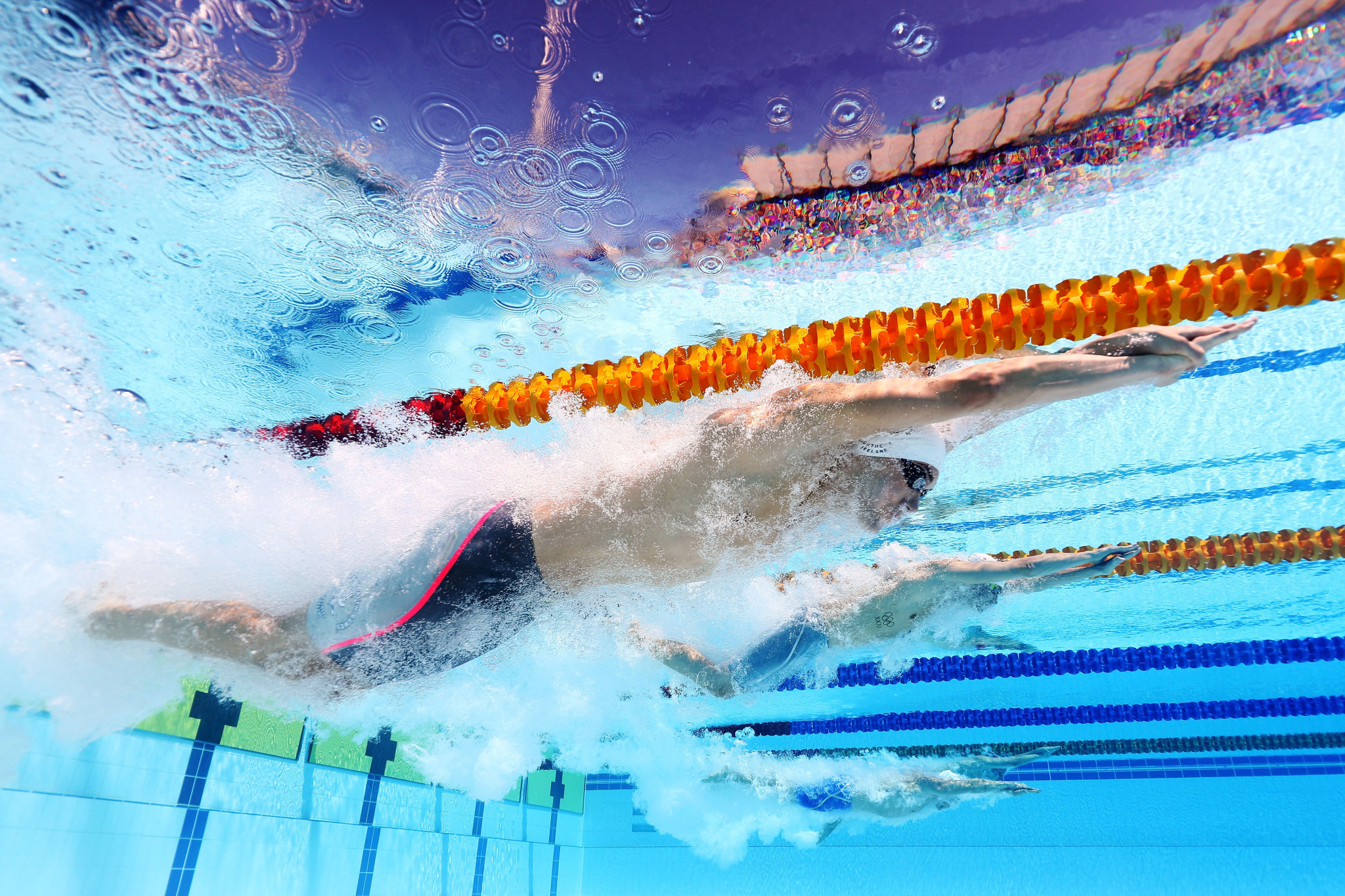 Italy continued their fine form in the pool with multiple titles in swimming today at the Mediterranean Games in Oran.

Fabio Scozzoli's win was the pick of the bunch, setting a new Championship record of 26.97sec in the men's 50-metre breaststroke final, beating Emre Sakci of Turkey by 0.03.

Bronze was claimed by Peter John Stevens of Slovenia in 27.46.

Filippo Megli gave Italy another gold in the men's 100m freestyle, clocking a time of 49.00 in front of Diogo de Matos Ribeiro of Portugal in 49.02 and Alessandro Bori of Italy in 49.12.

Lisa Angiolini and Anita Bottazzo made it an Italian one-two in the women's 100m breaststroke final, with the winning time being 1min 07.59sec.

Viktoria Gunes of Turkey was third.

Italy completed the podium with Viola Scotto di Carlo and Sonia Laquintana in second and third.

Slovenia were first and second in the women's 200m freestyle final, with Janja Segel finishing first in 1:56.68, 0.81 in front of compatriot Katja Fain.

Alice Mizzau of Italy was third.

Merve Tuncel and Deniz Ertan were in the top two for Turkey in the women's 800m freestyle final too, with the winning time being 8:26.80.

In the men's cycling road race, France locked out the podium, with Paul Penhoet standing atop.

He crossed the line in 3 hours 12min 23sec, besting his compatriot Ewen Costiou in a sprint finish.

Five seconds behind the pair was their team-mate, Valentin Retailleau, winner of the bronze medal.

In the women's race, Barbara Guarischi took gold for Italy in a bunched sprint in 1:58.24, followed in on the podium by Daniela Maria Voets de Sousa of Portugal and Sandra Alonso Dominguez from Spain.

Lucrezia Magistris of Italy claimed the women's under-59 kilogram snatch title with a last-round lift of 95kg, in front of Greece’s Sofia Georgopoulou and Cansel Özkan of Turkey who had bests of 94kg and 92kg respectively.

Tunisian Ghofrane Belkhir, who was fourth in the snatch, took the clean and jerk title with a best of 115kg.

Magistris was second with 114kg and Egypt's Basma Ibrahim was third with a lift of 113kg.

Another snatch gold went to Italy in the men's under-73kg, after Mirko Zanni cleared 150kg to defeat Erkand Qerimaj of Albania by one kilogram.

Karem Ben Hnia from Tunisia was the bronze medallist with a best of 147kg.

Ben Hnia cleared 185kg to take the clean and jerk title too, in front of Turkish lifter Muhammed Furkan Ozbek on 184kg.