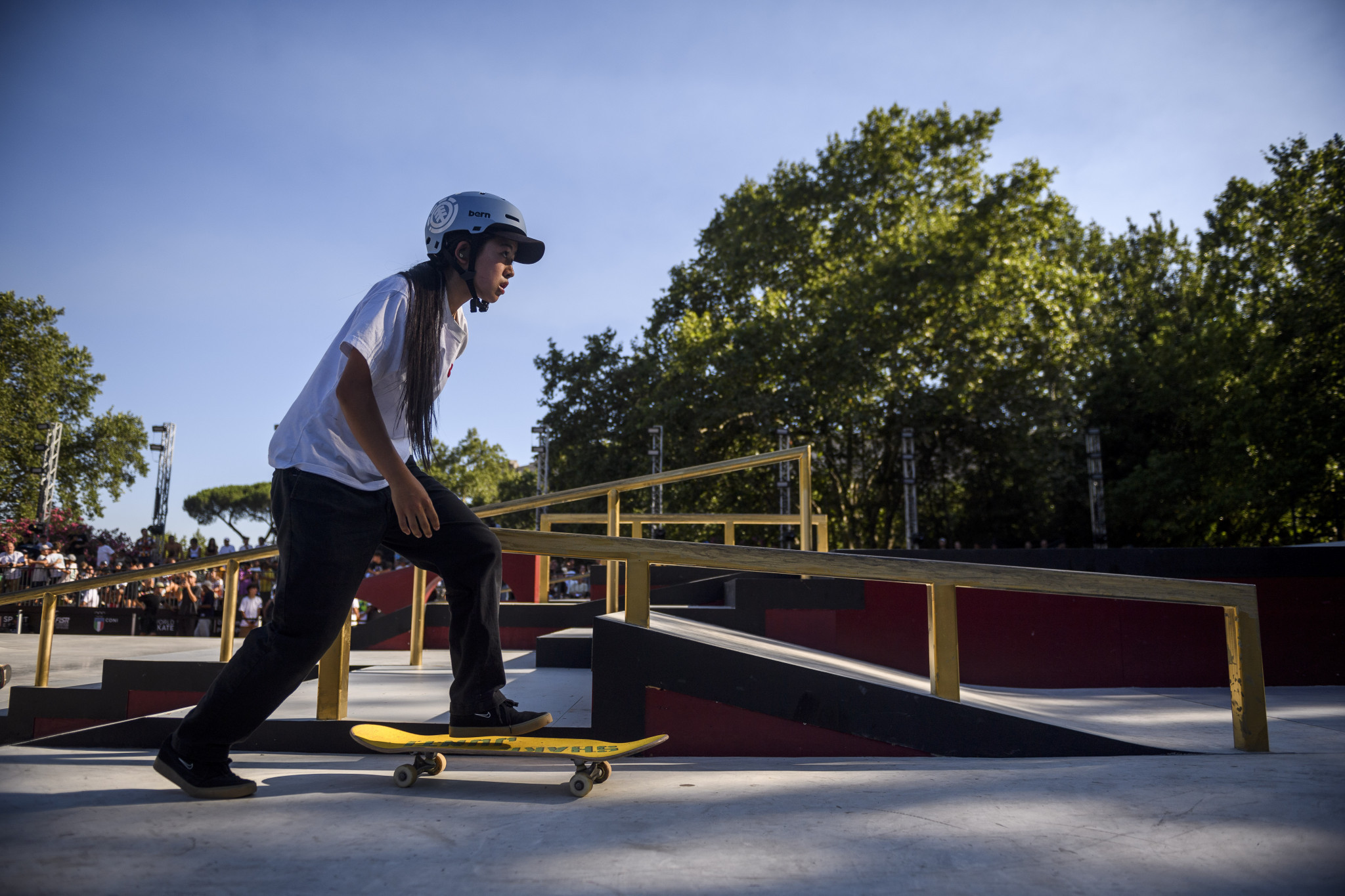 Funa Nakayama was top of the women's standings again after finishing first in the quarter-finals, making her the skater to beat in tomorrow's final at the World Street Skateboarding Pro Tour event in Rome.

The Olympic bronze medallist landed the best trick of the day with a score of 90.95, as well as the best run with 83.40.

Combined with her second-best trick score - a system that is to be used during qualification for the Paris 2024 Olympics, as well as at the Games itself - the Japanese skater had a total of 252.41.

Olympic silver medallist Rayssa Leal from Brazil was second with a total of 246.47, marginally in front of third qualifier, Rizu Akama from Japan, on 245.56.

Akama was the first of four Japanese in a row to make the cut - with Coco Yoshizawa, Olympic champion Momiji Nishiya and Yumeka Oda following in positions fourth to sixth.

Gustavo Ribeiro from Portugal heads into the men's final with a lot of confidence, with the best run of the day of 90.05 and 92.30 for the best trick, finishing with a total of 262.50.

American Nyjah Huston pipped Olympic champion Yuto Horigome of Japan by 0.40 points for second, finishing with a combined score of 255.00.

Argentina had two skaters make the final in fourth and fifth - Mauro Iglesias and Matias Dell Olio - and France followed with the pair of Aurélien Giraud and Vincent Milou.

Ryan Decenzo of Canada claimed the final spot just ahead of Chris Joslin from the United States and Japan's Toa Sasaki.

Brazilian Olympic silver medallist Kelvin Hoefler was far down the order in 14th, being eliminated after landing just one of his five trick attempts.