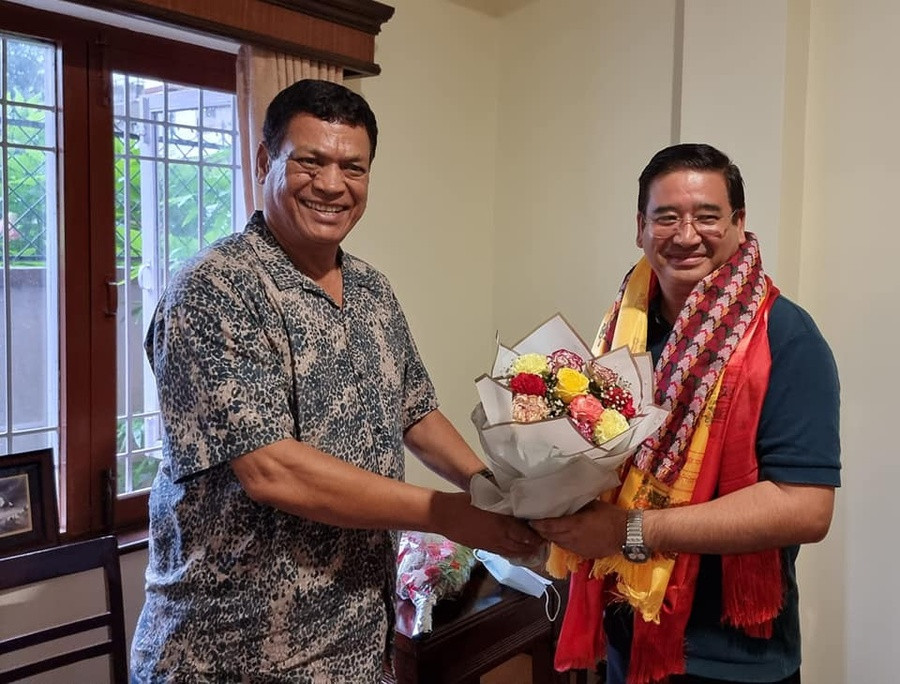 Jeevan Ram Shrestha, the President of the Nepal Olympic Committee (NOC), has been appointed as the country’s Minister of Culture, Tourism and Civil Aviation.

The announcement was made by the country’s Prime Minister Sher Bahadur Debua, during a reshuffle of the Cabinet on June 26.

The Nepal Olympic Committee and other sporting bodies felicitated Ram Shrestha, with NOC vice-president Ashok Ratna Bajracharya congratulating him during a ceremony.

Ram Shrestha said that he will be focusing on improving the country’s tourism sector, which has been badly impacted by the COVID-19 pandemic.

"Nepal has an abundance of possibilities in sports tourism and I am focused on developing this sector," Ram Shrestha was quoted as saying by the Kathmandu Post.

"I have always stressed on bridging sports and tourism.

"The Covid-19 pandemic badly affected both tourism and sports in Nepal.

"Therefore, I want to take the two sectors together.

"I have special plans for its development by rebuilding the tourism sector."

According to reports, one of his first actions as the Minister of Culture, Tourism and Civil Aviation was to set up a committee that looks into how the tourism industry can be revived to pre-pandemic levels.

The committee has been given seven days to come up with proposals.