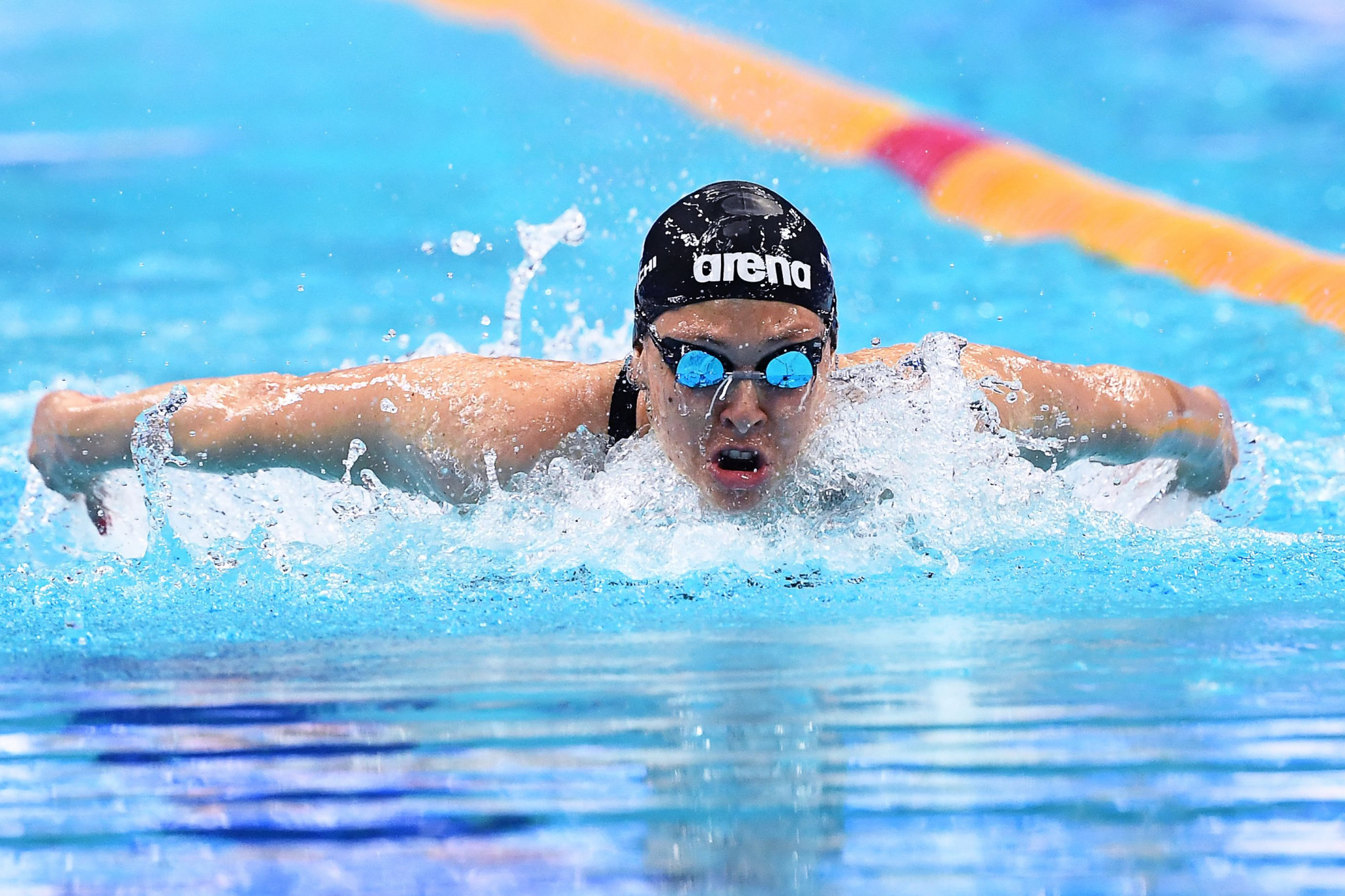 Italy enjoyed another memorable day at the Mediterranean Games in Oran, with Lisa Angiolini's record for the multi-sport event in the women's 50 metres breaststroke among a plethora of successes.

Today was the penultimate day of swimming events at the Centre Nautique, and Italy underlined their dominance in the sport at the Games, winning five of the seven available gold medals.

Angiolini followed up her women's 100m breaststroke success by triumphing in a Games record time of 30.87sec in the 50m race.

Portugal's Ana Rodrigues was second in 31.31, while another Italian in Anita Bottazzo completed the podium 0.10 seconds further back.

Sara Franceschi has now won both women's individual medley events at the Games, following up her 400m success with victory in the 200m in 2min 12.19sec, beating Turkey's Viktoriya Güneş by just 0.07.

Another Turkish swimmer in Deniz Ertan took the bronze medal in 2:14.15.

Claudio Antonino Faraci provided another gold for Italy in the men's 200m butterfly, triumphing in 1:57.09.

Second-placed Andreas Vazaios of Greece was 0.83 seconds off the pace and Algeria's Jaouad Syoud in third 1.28 adrift.

Lana Pudar of Bosnia and Herzegovina set a Mediterranean Games record in the women's 100m butterfly, clocking 57.55 to win the race by more than one second.

Greece's Anna Ntountounaki came through in second in 58.56, while Ilaria Bianchi of Italy was third in 59.06.

The other swimming medal of the day went to Greece's Kristian Gkolomeev, winner of the men's 50m freestyle in 21.91.

Miguel de Almeida Silva of Portugal was second in 22.01, and Algeria's Oussama Sahnoune third in 22.22.

There was an all-Italian final in the women's épée fencing event at the Mohamed-Ben Ahmed Convention Center in which Giulia Rizzi beat Nicol Foietta 15-8, but Valerio Cuomo lost 15-13 to Egypt's Mohamed El-Sayed in the men's épée gold medal bout.

The day concluded with the men's football final at the Olympic Stadium, settled by Lenny Pirringuel's 70th minute goal for France against Italy.

Most competition at the Mediterranean Games is due to conclude tomorrow, with handball finals and the Closing Ceremony scheduled for Wednesday (July 6).