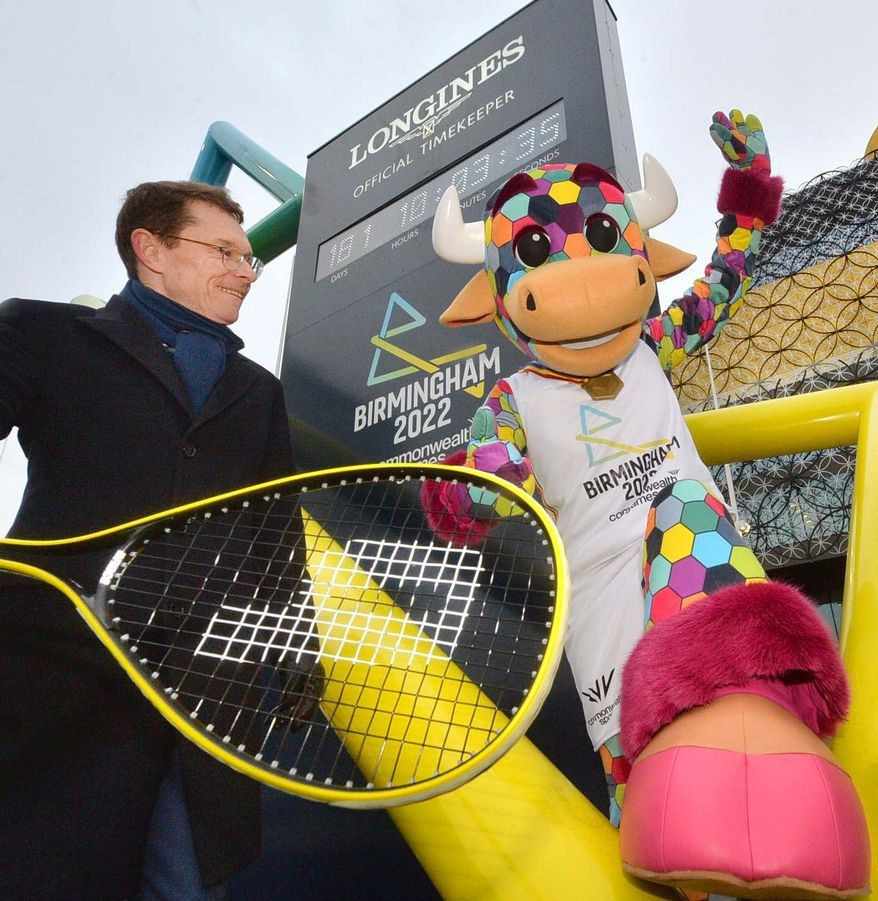 The 2022 Commonwealth Games bears a greater responsibility than any previous edition in terms of affirming "unity and solidarity" in a world, and a country, riven by natural and political pressures, Andy Street, Mayor of the West Midlands, has claimed.

Street, Conservative Mayor for the region that bid for the latest edition of the Games following the withdrawal of the city originally chosen for it, Durban, in 2017, told insidethegames on the eve of the Opening Ceremony:

"The context to these Games means that the responsibility, the opportunity for Birmingham is perhaps greater than ever," he said.

"If you think back to previous Commonwealth Games they worked brilliantly and the host cities did brilliantly.

"Manchester 2002 - Britain was very confident, some would even have said it was cool, Glasgow 2014 Scottish self-identity was feeling very strong.

"So actually the pressures, the tensions that break people apart - we desperately need this to be a festival of unity and solidarity, celebrating the best things in human nature.

"So there is an incredible responsibility for Birmingham 2022."

Asked how confident he was that Birmingham will rise to the occasion from the point of view of organisation and logistics, Street responded:

"We’re feeling good about it and we’re at the point of dress rehearsals for the Opening Ceremony, so that degree of care is being taken.

"We’ve had four and a half years, we’ve had COVID in between, and we’re still ready with the venues, the transport infrastructure, the volunteers, the training, everything.

"We are not complacent - we know there’s two weeks of real pressure and responsibility, but the preparations are good.

"These Games offer an opportunity to showcase the city.

"And of course the pedestrianisation and the modern transport links through the city centre mean it’s a place where you can walk right through unencumbered, through green spaces, and you won’t find a square more elegant in Europe.

"One of the reasons we made this bid was that it was an opportunity to present Birmingham on the international stage and show people what a remarkable place it is, what a story of renaissance and regeneration there is here.

"But most important will be the welcome from the citizens here, the pride that they are going to have in their city playing this role on the stage, that’s what it’s about."

Street is particularly looking forward to attending the women’s cricket.

"I am going to the final, and I think that will be very special, because Edgbaston is a wonderful venue for this city, it propels us round the world frequently," he told insidethegames.

"But the ticket sales are incredible - in terms of equality it’s a wonderful statement.

"And I think the atmosphere to support, I hope, the England women’s cricket team, will be quite incredible.

"And if it can be an England-Australia final, and we win, that will do very nicely.

"I think there would be all sorts of statements behind that."

"The timing of the Games has been well choreographed.

"Two years ago when we got into the programming difficulties with COVID, dates were set so that athletes from the home countries would be able to attend all three events.

"And it looks as though the huge majority of the stars are doing that.

"Many of them are here to compete for a home crowd, in a new stadium, and that’s a wonderful opportunity.

"As the Olympics did for Stratford in London, the Commonwealth Games will do for Perry Barr in Birmingham.

"We get a brilliant new venue in the Alexander Stadium that will host other athletics championships going forward, we get a regeneration of the area and that’s what’s so important.

"And of course we have the Aquatics Centre, which will have a similar effect on Smethwick.

"There is no way that a facility of that quality would have been built in an area like that without the investment that these Games have stimulated.

"That’s the whole point of hosting these Games."