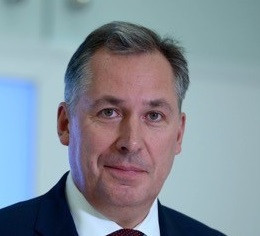 The Extraordinary Congress to elect a new President of the European Fencing Confederation (EFC) has been set for October 1 in Warsaw.

According to an information letter to member federations, the EFC Executive Committee received four applications to organise the event, and selected the Polish capital.

The meeting is to be in hybrid form, however, meaning that both physical and online presence is acceptable.

The chosen venue is the offices of the Polish Olympic Committee.

The EFC needs to replace Russia’s Stanislav Pozdnyakov, who was removed following a vote at another Extraordinary Congress last May.

Secretary general Jacek Slupski of Poland is leading the EFC until a permanent replacement is elected.

Applications for the Presidency must be filed by September 1.

Nominations for the Presidency must therefore be accompanied by a signed declaration from any Executive Committee member of the same nationality that he or she would resign should that candidate be elected.

Candidates must be presented by their National Federation, which must be fully paid-up.

The information letter states that federations "unable to attend the Congress physically" should ask for another member federation to represent them and return a proxy form.