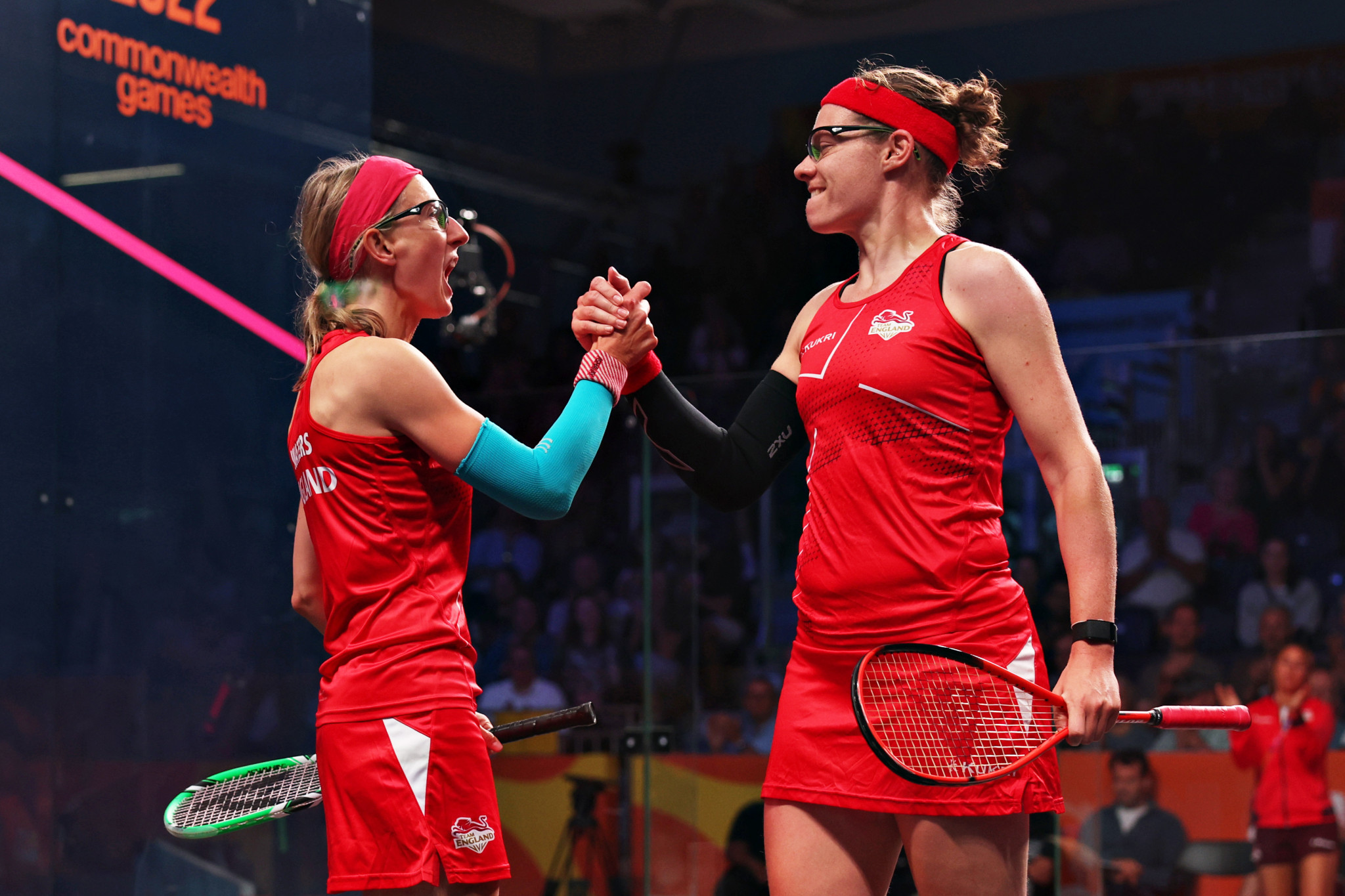 Semi-finalists were confirmed in the women's doubles and mixed doubles in squash here at the Birmingham 2022 Commonwealth Games, featuring home interest from hosts England.

They are set to face Rachel Arnold and Aifa Azman from Malaysia after their opponents defeated Australians Donna Lobban and Rachael Grinham 11-9, 4-11, 11-10.

In the mixed doubles, Alison Waters and Adrian Waller secured their spot in the final four by beating Tesni Evans and individual silver medallist Joel Makin 4-11, 11-8, 11-5.

Yiwen Chan and Ainaa Ampandi of Malaysia progressed in the women's doubles too with an 11-2, 11-7 victory over Joshana Chinappa and Dipika Pallikal Karthik of India.

Joelle King keeps her hopes of a medal at Birmingham 2022 with victories today, after losing the bronze-medal match yesterday to Perry.

King then partnered with individual champion Paul Coll in the mixed doubles, where they defeated Scotland's Georgia Adderley and Rory Stewart 11-7, 11-9.