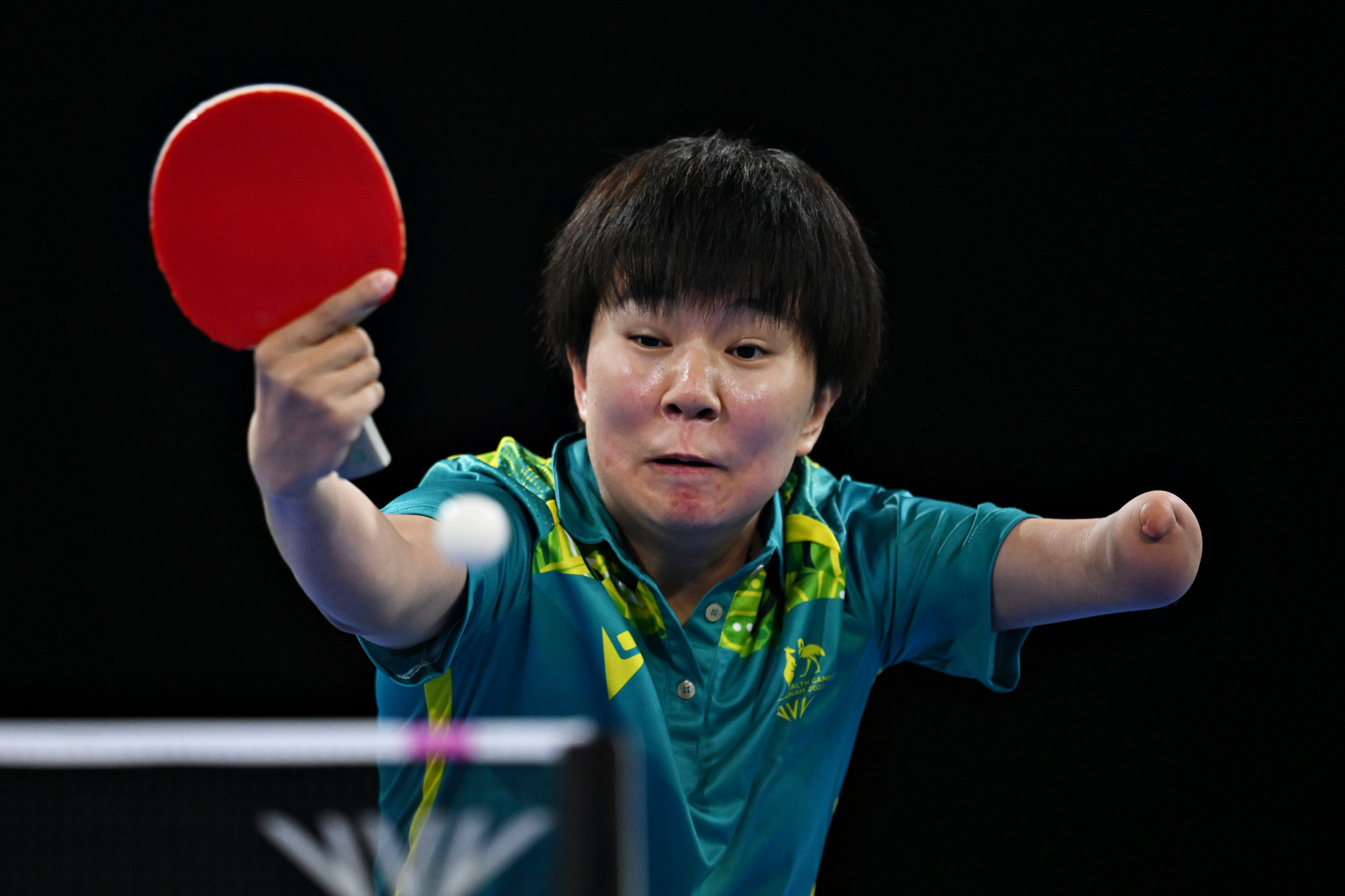 Paralympic champion Yang Qian won the first Para table tennis gold medal of the Birmingham 2022 Commonwealth Games here with victory in the women's singles C6-10 event, and was later joined on top of the podium by Jack Hunter-Spivey and Bhavina Hasmukhbhai Patel.

Yang triumphed in an all-Australian final at the National Exhibition Centre against Li Na Lei, winning in four games.

The fourth proved a closely fought affair but an 11-9 victory for Yang earned her gold.

Both players have previously represented China, and Australian head coach Alois Rosario hailed their "experience of understanding what it actually takes to win a Paralympic [Games] gold medal".

His 54-year-old opponent had won Paralympic bronze at Atlanta 1996 and beaten Hunter-Spivey in the group stage, but Isau Ogunkunle doubled Nigeria's presence on the podium with a comfortable 11-3, 11-6, 11-9 straight sets win against India's Raj Aravindan Alagar to take bronze.

The other gold medal of the day went to Patel of India, the C4 Paralympic silver medallist, who beat Nigeria's Ifechukwude Christiana Ikpeoyi in straight games in the women's C3-5 final.

The last Para table tennis final between Australia's Lin Ma and Wales' Joshua Stacey in the men's singles classes 8-10 is scheduled for tomorrow.

Feng is a three-time Olympic medallist who won gold in this event at New Delhi 2010 and Glasgow 2014, but had to settle for bronze four years ago.

She will improve on that in Birmingham after edging a dramatic seven-game semi-final with India's Sreeja Akula on a tiebreak.

Fifth seed Zeng trailed to Australia's Liu Yangzi after losing the first two games 11-7 and 11-9, but hit back to win four in succession and reach the final.

The line-ups for the men's and mixed doubles finals were also decided.

All three of those finals are due to be held tomorrow, while the men's singles and women's doubles conclude on Monday (August 8).