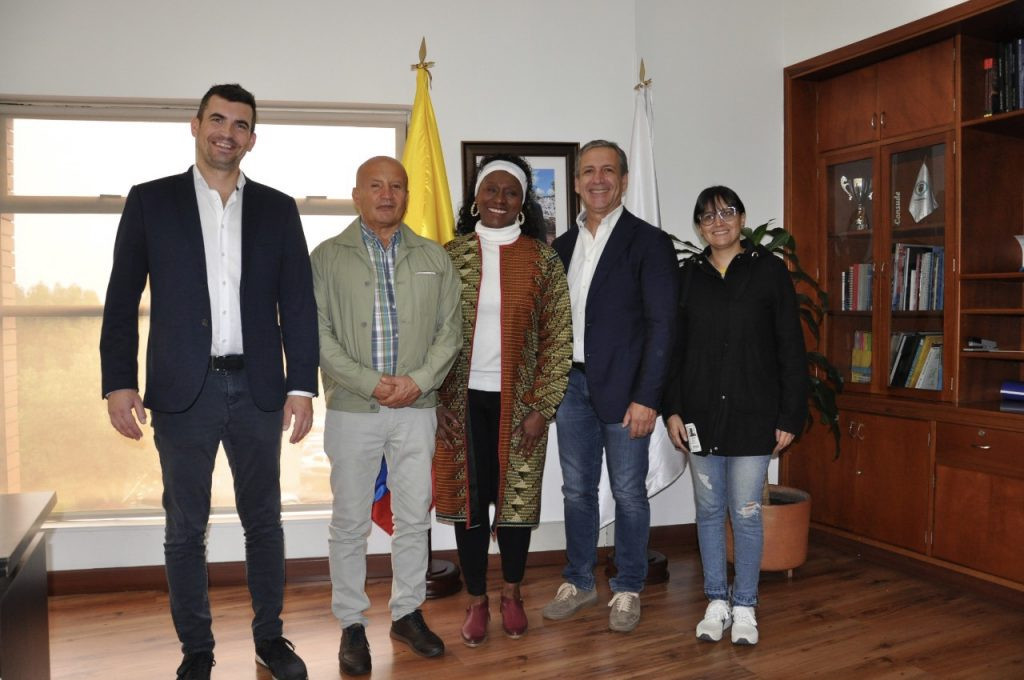 The event is due to take place from December 5 to 16 and is set to involve more athletes than ever before.

The previous record was set at the 1999 edition in Athens which saw 626 competitors take part.

The CWF's President William Peña and director of events Andrea Peña welcomed IWF general secretary Antonio Urso to update him on progress in the Colombian capital.

"We are greatly looking forward to making history with these World Championships in Colombia," said Urso.

"It will be the first time our flagship event has been hosted in South America and it is set to attract more of the world's best athletes than ever.

"We are grateful for the ongoing support and commitment of the Colombian Weightlifting Federation and Colombian authorities and we have no doubt they will stage a world-class event.

"With the World Championships also serving as a qualification event for the Olympic Games Paris 2024 we are sure our athletes will put on unforgettable performances."

During the visit, the delegation also had meetings with Colombian Sports Minister María Isabel Urrutia, who was the country's first-ever Olympic champion.

The President of the Colombian Olympic Committee, Ciro Solano Hurtado, and officials from Bogotá's District Institute of Recreation and Sports also met with the IWF delegation.

Trips were additionally made to hotels which will house athletes of the more than 110 participating countries come the World Championships, as well as the restaurants, gyms, meeting rooms and auditoriums planned to hold the IWF Special Congress.