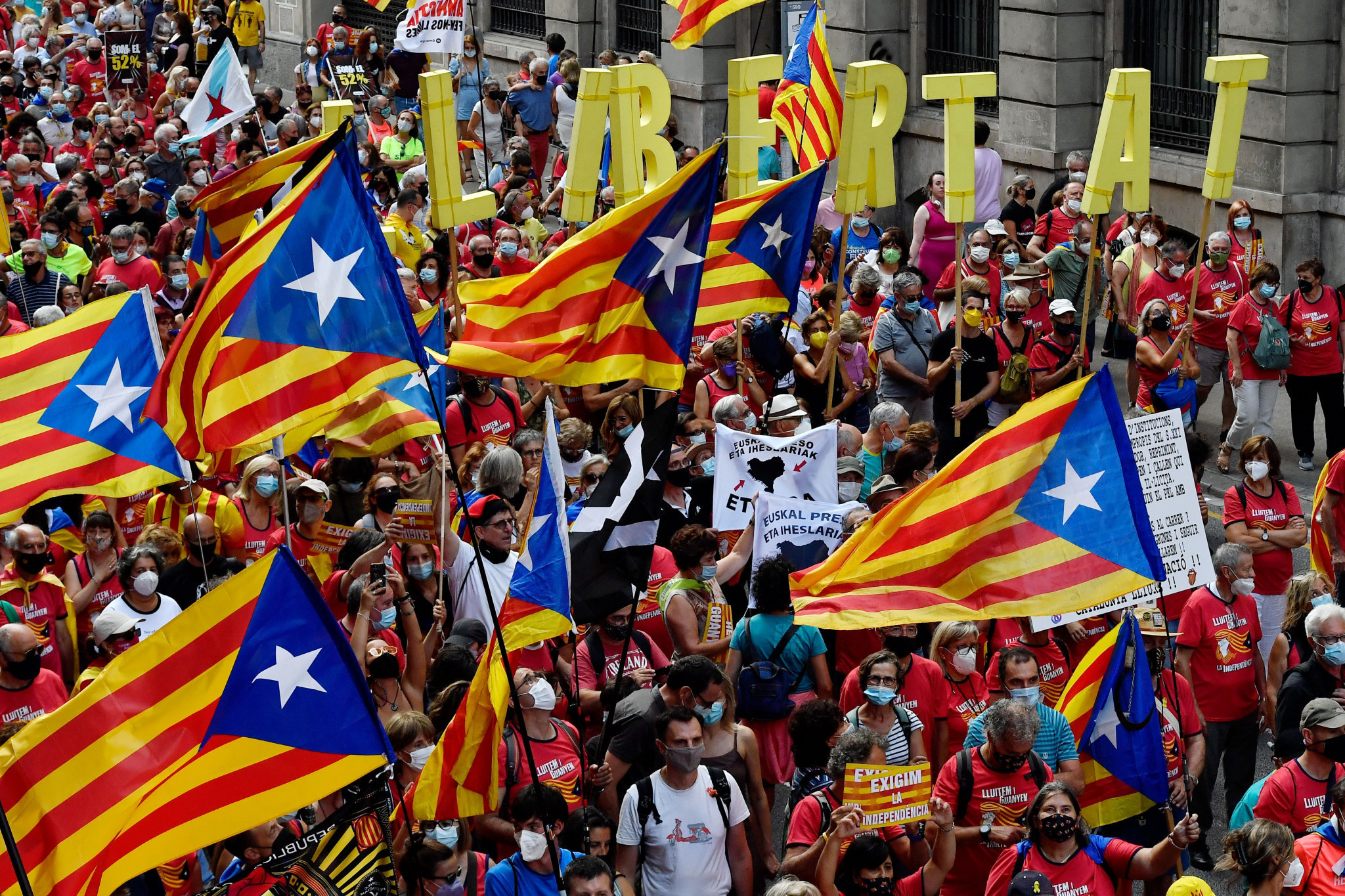 The Government of Catalonia spent just under €330,000 (£288,000/$326,500) in promoting the proposed Pyrenees-Barcelona bid for the 2030 Winter Olympics that was scrapped in June after internal divisions.

The figure has been publicised - and criticised - on social media by the Candidatura d'Unitat Popular (CUP) party representing Catalan-speaking towns after being obtained in a Parliamentary response from the Minister of the Presidency, Laura Vilagrà.

"What nonsense", the CUP tweeted along with a photocopy of the official response.

"€329,000 to promote the consultation of the Winter Olympics.

"From a consultation that was not held.

"Of Games that will not be held."

The three amounts added together result in a total of €329,682.01 for advertising in favour of the Olympic Games.

The promotional activity included the making of a 30-second video that was broadcast by the Catalan Audivisual Media Company a month before the cancellation of the bid with the slogan: "We are making history again" - a reference to Barcelona's staging of the 1992 Summer Games.

Several images of the Pyrenees and slogans such as "an opportunity to shine again and make the whole world fall in love" could be seen in the advertisement.

The Spanish Olympic Committee (COE) called a halt to the Pyrenees-Barcelona bid after extended infighting between the respective Governments of Aragon and Catalonia, much of it over which sports should be held where.

Catalonia's pro-independence Government also did not want to include Aragon, while some suggested the event could negatively impact the Pyrenees mountain range, due to climate change.

The COE had cautioned that the project would be axed if both regions could not come to a consensus and followed through on the warning in June.

"We had other brilliant candidacies that didn't go ahead because we were competing with very strong rivals," COE President Alejandro Blanco said at the time, referencing Madrid bids for the Summer Olympics in 2016 and 2020.

"But this one we have destroyed ourselves at our own home.

"There was no other way than withdrawing the bid.

"We cannot spend months and months with the differences that we had."

However, the Government of Catalonia appears to have renewed its intention of hosting Winter Olympics independently.

Two-time Olympian Mònica Bosch, who had been working on the Pyrenees-Barcelona 2030 bid for the Government of Catalonia, had spoke of her optimism of securing the hosting rights.

"We have been organising winter sports competitions since 2008," said Bosch, as per Spanish newspaper Ara.

"We can present a candidacy that is sustainable, that represents a change in the Olympic paradigm."

Vancouver in Canada, Sapporo in Japan and Salt Lake City in the United States are all in the running to stage the 2030 Winter Olympics after the IOC held technical inspections at all three locations.

The 2030 Games are set to be the first Winter Olympics and Paralympics awarded under the new process whereby the IOC engages in targeted approach with selected countries, as opposed to traditional bidding races.