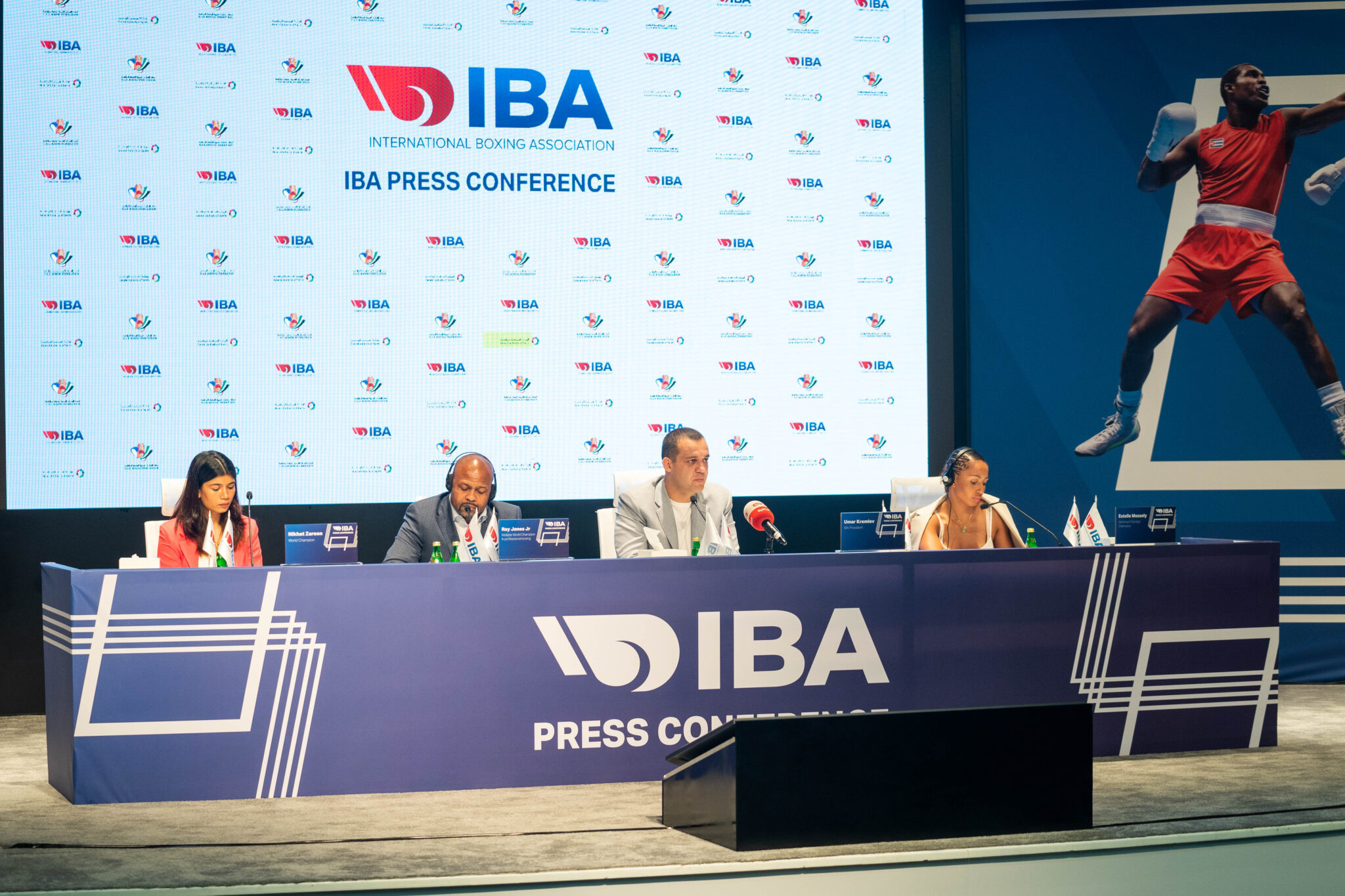 International Boxing Association (IBA) President Umar Kremlev has warned any decision to exclude the sport from future editions of the Olympic Games will not be received quietly.

Paris 2024 will mark the second consecutive Olympics where the IBA has been stripped of any involvement due to governance concerns.

Boxing also faces a battle to secure its place at Los Angeles 2028, having been left off the initial programme by the International Olympic Committee (IOC), but Kremlev says "nobody will be silent" if boxing is not reinstated.

"We are increasing our numbers, there are millions who love boxing," Kremlev told an online press conference from Dubai today.

"In my opinion, nobody will be silent if they try to exclude boxing from the Olympics.

"As a boxing community and organisation, we will do everything possible in our power to keep boxing in the Olympics."

French boxer Estelle Mossely then criticised the IOC for a lack of clarity on the new boxing qualification system for Paris 2024, speaking at an IBA event.

The Rio de Janeiro 2016 lightweight gold medallist claimed that she would love to take part in a home Olympics but has been kept in the dark about the revised format.

An IOC Boxing Task Force is overseeing the boxing event at Paris 2024, along with the qualification pathway.

"The qualification system is still not really clear," Mossely said.

"The IOC claim that they have approved it but none of the athletes know the details.

"Finally, we don’t know if the weight categories proposed earlier by the IBA are in force.

"Will the qualification system proposed by the IOC be fair for us professionals and all boxers?"

The IOC Executive Board ratified a new boxing qualification system which will see athletes fight for quota spots at continental multi-sport events next year.

The 2023 Pan American Games in Santiago, 2023 European Games in Kraków-Małopolska, the 2023 Pacific Games in the Solomon Islands and the delayed 2022 Asian Games in Hangzhou are set to be used as qualifiers.

Negotiations are underway for the 2023 African Games in Accra to serve in the same way.

Following the continental phase, the IOC plans to stage two world qualification tournaments in 2024 where the remaining quota places will be determined before the Olympics are staged in Paris.

The IOC claims that system is less complex than ones which came before and ensures "fully equal and fair opportunity" for all athletes.

Kremlev also again claimed that he hopes to welcome back Russian and Belarusian boxers to competition.

The IBA Board of directors has overturned a ban from competition which had been implemented in response to the war in Ukraine and was following an IOC recommendation.

Russian and Belarusian athletes can even compete under their national flags under the new IBA policy, but are yet to do so.

"We are a unity of people not separation of people," Kremlev, who is Russian, said.

"We should be political.

"When the sport starts, the politics finish."