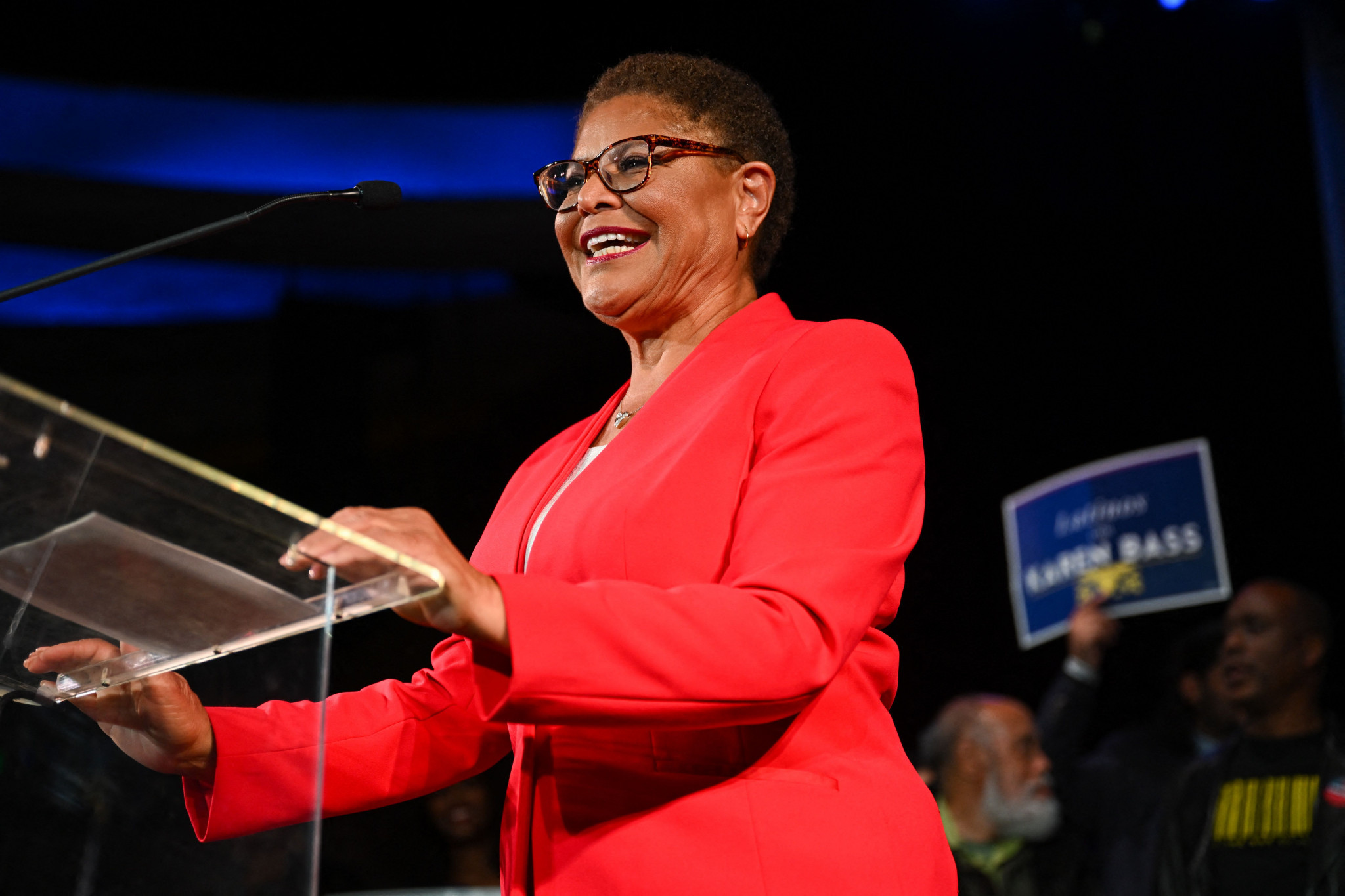 Democrat Karen Bass has defeated businessman Rick Caruso to be elected as Los Angeles' first black woman Mayor, meaning she is set to have the honour of receiving the Olympic flag at the Paris 2024 handover.

Bass will become the first woman and second Black Angeleno elected to lead the city in its 241-year history.

The 69-year-old, a former speaker at the California State Assembly, replaces Eric Garcetti, who led Los Angeles' bid to host the 2028 Olympic and Paralympic Games, but was unable to stand having served the maximum two terms.

With 70 per cent of the vote counted, Bass had amassed an insurmountable lead of nearly 47,000 votes, according to the Associated Press.

Bass had been on Joe Biden’s shortlist for vice-president, but needed to fight hard to overcome her rival Caruso, a former Republican who switched sides to the Democrat shortly before the election.

The billionaire property developer had reportedly spent more than $100 million (£84 million/€96 million) of his own money on his campaign.

Caruso had pledged "to clean up LA", with tackling homelessness and crime issues at the top of his agenda.

Homelessness and crime also featured prominently in the Bass campaign, although the representative for California's 37th district has also pledged to "return [Los Angeles] to the forefront of addressing climate change globally."

Among the election promises that Bass made during her campaign was to eradicate homelessness in Los Angeles, a sprawling city of more than four million people.

Los Angeles has experienced a four per cent increase in its homeless population during the COVID pandemic, with 69,144 unhoused people counted across the county this year, according to Government data published in September.

"When the Olympics comes in 2028 and I am Mayor, there won't be encampments," she said during a televised debate.

Bass was a supporter of Los Angeles' Olympic and Paralympic bid and celebrated in 2017, when the city was awarded the Games for a third time following 1932 and 1984.

"I remember the excitement in 1984 and the opportunity that the Games brought - not just to showcase our city to the world, but to embrace efforts to further improve the lives of those in Los Angeles," she said following the announcement by the International Olympic Committee (IOC) at its 2017 Session in Lima.

"As someone that grew up here and has lived my entire life here, it’s an incredible feeling to be able to give our city the spotlight it deserves."

As part of her duties, Bass will be expected to attend the Closing Ceremony of the 2024 Olympic Games on August 11 that year alongside Paris Mayor Anne Hidalgo, along with IOC President Thomas Bach.

Hidalgo will hand the Olympic flag to Bach, who will then hand it on to Bass as the Mayor of the next host.

At the re-arranged 2020 Olympic Games in Tokyo last year, the Olympic flag handover marked a historical moment in modern Olympic Games history as both Mayors were women, with Tokyo's Yuriko Koike passing it to Hidalgo.

The election of Bass means that it is again due to pass from one female Mayor to another.

On the last occasion that Los Angeles hosted the Olympic Games in 1984, the flag of the city, rather than that of the US, was raised to symbolise the next host city as America had boycotted Moscow 1980 due to the Soviet Union invasion of Afghanistan.

The Olympic flag was handed over to then-IOC President Juan Antonio Samaranch, rather than Los Angeles Mayor Thomas Bradley.