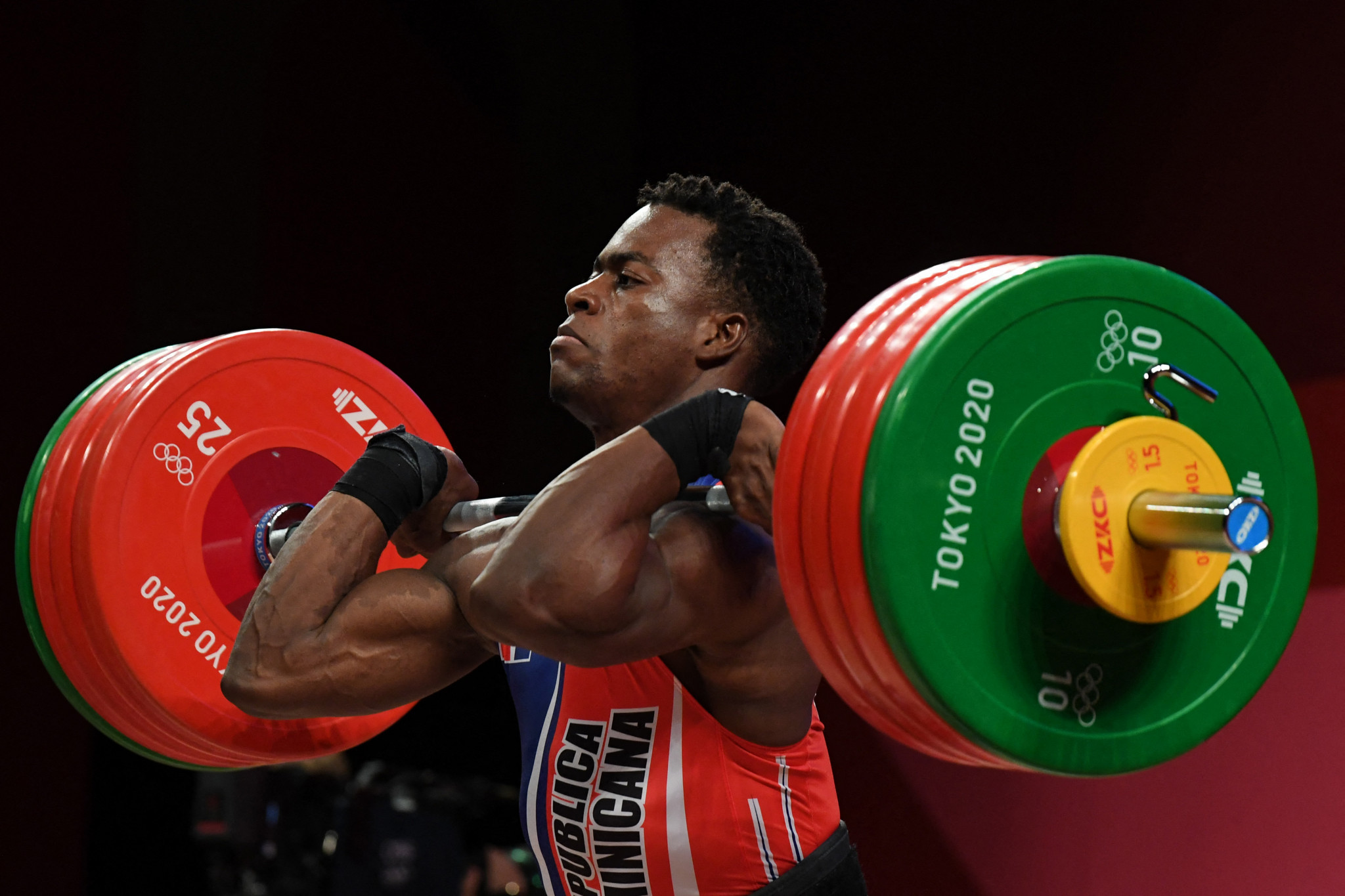 Zacarias Bonnat, an Olympic silver medallist last year who was voted on to the International Weightlifting Federation (IWF) Executive Board in September as an Athletes Commission representative, has tested positive for a banned substance.

He is one of four athletes who have been provisionally suspended after testing positive, the International Testing Agency (ITA) announced yesterday, 48 hours before the start of the IWF World Championships in Bogotá, Colombia.

Two of the others are from Ukraine and one is from Egypt.

Despite the news coming so close to the first qualifying event for Paris 2024, the IWF President Mohamed Jalood remains optimistic that the sport is moving in the right direction.

Jalood, who pushed hard in his previous role as general secretary for all anti-doping matters to be handled by an outside agency and continues to insist on increasing the strength of the IWF anti-doping programme, would not comment on specific cases but said: "The cheats will not get away with it.

"The IWF is determined to provide a clean playing field for our clean athletes.

"We have put our full confidence in and trust the work of the ITA.

"We are committed to working with them to further increase testing out-of-competition, using intelligence, and we are considering all ITA recommendations to continue our progress.

"We want a clean sport and the ITA will help us in that.

Antonio Urso, the IWF general secretary, said there would be no special treatment for any athletes, be they Olympic champions or those competing at a lower level.

The out-of-competition tests of the Ukrainian athletes were conducted in Ukraine despite the ongoing war there, which Urso said was "a very good sign of our commitment."

He said: "I am sorry about Zacarias Bonnat, a medallist in Tokyo and a member of the IWF Executive Board, and of course I hope his B sample is negative, but this shows that the IWF gives favours to nobody.

"When he got his communication from the ITA he immediately resigned his position on the Board and withdrew his candidacy for the Athletes Commission."

During a lengthy meeting in Bogotá today, the IWF Board voted unanimously in favour of a new strategy by the ITA, whose director general Benjamin Cohen took part online.

There will be more gathering of intelligence, more follow-ups, and a closer relationship with National Anti-Doping Organisations.

Athletes will be put into one of three categories to help the ITA "have a clear picture of how best to test out-of-competition."

The ITA’s new strategy, under the umbrella of the IWF’s Anti-Doping Commission, will go to the World Anti-Doping Agency (WADA) for approval.

Bonnat, from the Dominican Republic, cannot compete in the World Championships, where he would have been a medal contender as well as a strong candidate for the new Athletes Commission, for which voting opens on Monday (December 5).

He came up positive in an out-of-competition test on November 13 for the androgen receptor SARMS RAD140, a prohibited substance that is popular with bodybuilders.

Bonnat was third at 81 kilograms in Tokyo, since when he has moved up to 89kg.

He was elected by the Athletes Commission as an IWF Board representative in late September, a role he would have held until December 16, the date when results of the elections are due to be announced.

His withdrawal as a candidate means the Pan American male representative on the Athletes Commission will be either Keydomar Vallenilla of Venezuela, who also won a silver medal in Tokyo, or the 18-year-old American Hampton Morris.

The two Ukrainians, who will also miss the World Championships, are the 96kg lifter Ruslan Kozhakin and the 20-year-old super-heavyweight Bohdan Taranenko, a bronze medallist this year at the IWF Junior World Championships in Greece.

Both tested positive out of competition on October 27 for trimetazidine, a banned anabolic agent that can improve endurance.

The Egyptian Ahmed Emad Mohamed provided a positive sample for human growth hormone at the African Championships in Cairo on October 29 after winning a sweep of golds at 73kg.

Ahmed was one of the lifters suspended after a slew of positives by young Egyptians at the African Youth and Junior Championships in Cairo in 2016.