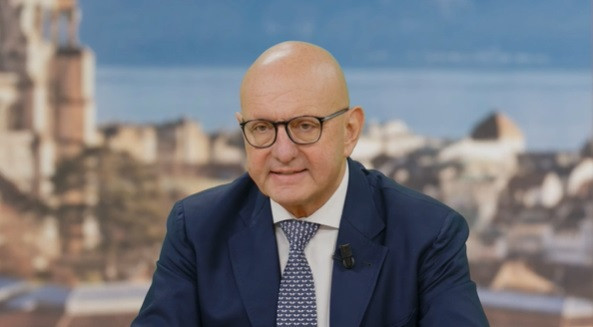 Ivo Ferriani has been re-elected unopposed as President of the Association of International Olympic Winter Sports Federations (AIOWF).

The election took place at the organisation's General Assembly on November 30 in the Swiss city of Lausanne, although details of the outcome were only revealed when insidethegames contacted the AIOWF.

Ferriani was first elected AIOWF President during an online meeting in 2020 when he replaced Gian Franco Kasper, the former President of the International Ski and Snowboard Federation (FIS), who retired from the position having only served half of his last term.

In addition to the 62-year-old Italian retaining his post, Kim Jae-youl, Einars Fogelis, Beau Welling, and Olle Dahlin have also been reinstated as AIOWF Council members.

The FIS did not present a nomination so the floor presented the body's President Johan Eliasch as a member.

The FIS will then consider whether it accepts the nomination.

During the last AIOWF Presidential election in May, Ferriani prevailed although the process was disputed by Eliasch who argued that it was invalid.

Eliasch withdrew his name at the last minute but claimed that formal protocol and procedures were not followed and, therefore, the election should not have been held.

Officials were secretive over revealing any outcome of the election or the latest General Assembly's agenda.

The Global Association of International Sports Federations (GAISF) held its General Assembly the day before the AWOIF meeting, with the Assembly seeing the dissolution of the umbrella body also led by Ferriani.

Following the decision, GAISF was castigated for a lack of transparency over the way in which the disbanding was handled.

In 2016, Ferriani was elected a member of the International Olympic Committee (IOC).

He also served on the IOC's Coordination Commission for the 2022 Winter Olympic Games in Beijing, the Sustainability and Legacy Commission, the Women in Sport Commission, as well as on the Entourage Commission.

Ferriani, who is also President of the International Bobsleigh and Skeleton Federation, has been a part of the IOC's Executive Board as the AIOWF representative since 2018.