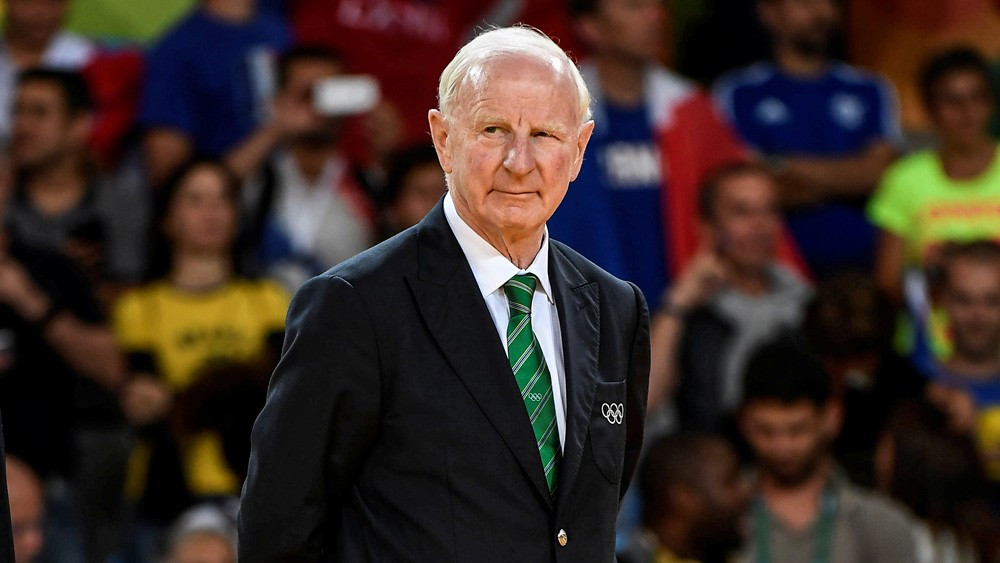 Patrick Hickey today officially resigned from the International Olympic Committee (IOC) more than six-years after he self-suspended himself following his arrest during the 2016 Olympic Games in Rio de Janeiro, it was announced here.

The 77-year-old Irishman, an IOC member since 1995, had voluntarily stood down from all his sports administration roles after being arrested on alleged ticket scalping charges during Rio 2016.

The case still has to be heard by the Brazilian courts, but it was revealed following the first day of the IOC Executive Board meeting that Hickey, who served as President of the Olympic Council of Ireland (OCI) from 1989 until he was officially replaced in 2017, has resigned on medical grounds.

"The IOC Executive Board received a letter of resignation today from IOC member Mr Patrick Hickey, and in accordance with rule 16.3.1 of the Olympic Charter, the IOC EB accepted the resignation of Mr Hickey for health reasons following the advice of his doctors," IOC spokesman Mark Adams said.

"The IOC EB would like to thank Mr Hickey for all of these services to the Olympic Movement over many years, and wish him all the very best for his health and his private life, and I would like to add my own personal best wishes to Mr Hickey as well."

Hickey, who has denied wrongdoing, faced charges of theft, tax evasion, money-laundering and criminal association after hundreds of tickets to Olympic events at Rio 2016 were seized by police.

Hickey was arrested in room at the luxury Windsor Hotel, the IOC's official headquarters during Rio 2016, at 6am by Brazilian police accompanied by a television crew, who filmed him answering the door in his dressing gown.

He spent time in Rio's Bangu maximum security prison before being released on health grounds after suffering heart problems, but his passport was retained and it was December 2016 before Hickey was allowed to return home.

Charges of tax evasion, one regarding ticket touting and another relating to the use of Rio 2016 logos, products or services for economic advantage without the correct permissions against Hickey and Kevin Mallon, a director at the hospitality firm THG Sports and which was the OCI's official ticket reseller, were dropped in October 2021 due to "extinction of punishability", it was revealed earlier this year.

The remaining charges carry significant potential jail terms, but most observers in Brazil think it is unlikely that after so long the case will ever come to court.

Hickey, also the former influential President of European Olympic Committees, was criticised but cleared of any criminal wrongdoing in an Irish Government-commissioned report by Justice Cearbhall Moran, released in August 2017.

The former judoka has always claimed he was a "high-profile fall guy" for the rest of the Olympic family.

Sources close to Hickey have previously told insidethegames that he feels particularly let down by a number of former colleagues, including Thomas Bach, who he supported during his successful campaign in 2013 to become IOC President.

Mallon, an executive at THG Sports, which had been the OCI’s authorised ticket reseller at London 2012 and Sochi 2014, and who had signed a contract with Hickey that went up to 2026 that had not been authorised by the Rio 2016 organisers, is also still waiting for his case to be heard in Brazil.

It is unclear whether the money has ever been repaid.

Kuwait's Sheikh Ahmed Al-Fahad Al-Ahmed Al-Jaber Al-Sabah, President of ANOC when Hickey was vice-president, has also been "self-suspended" since 2018.

He was convicted for fraud in a Swiss court in September 2021, a verdict he is currently appealing against.

During the 2014 FIFA World Cup in Brazil, British ticketing agent Ray Whelan was publicly arrested on similar charges to Hickey.

In September 2016 the highest federal court in Brazil confirmed the case against Whelan had been "officially closed in its entirety" after police had been described as acting "in haste".