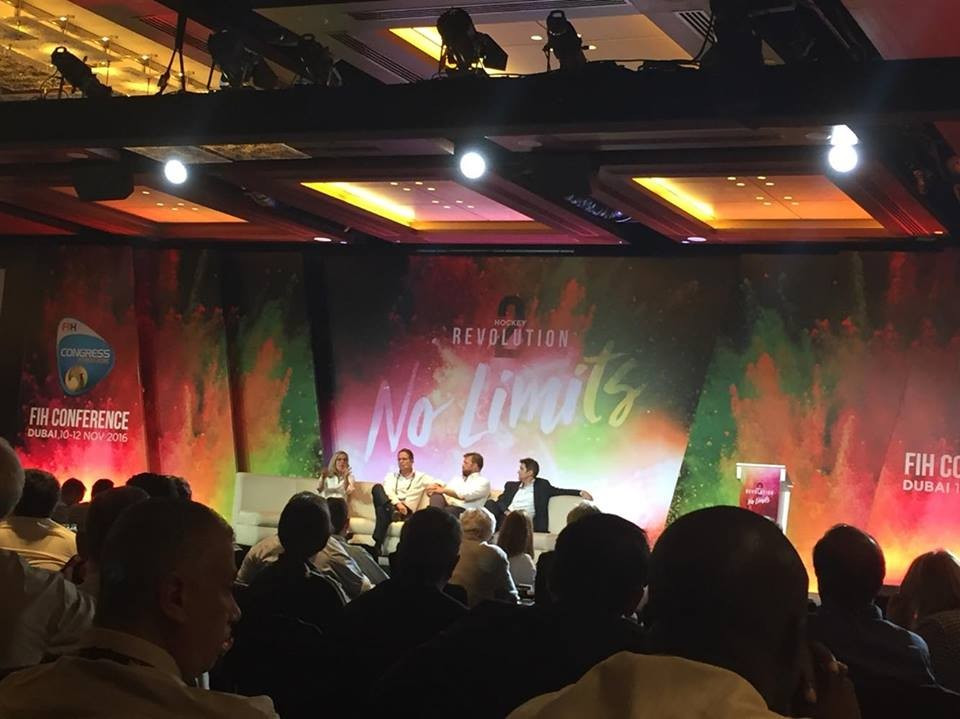 Competing nations in the brand new global annual home and away league will be announced in June of next year, International Hockey Federation (FIH) event and marketing director Sarah Massey revealed here today as the world governing body unveiled further details about its new event portfolio.

Massey and FIH sport director David Luckes, a former England goalkeeper and an important figure in London's successful bid for the 2012 Olympic and Paralympic Games, gave a presentation during the organisation’s Hockey Revolution Part II Conference.

They confirmed that the league, which is controversially replacing the Champions Trophy as well as the Hockey World League Semi-Finals and Final and will be launched in 2019, will feature between seven and nine teams.

The men’s and women’s sides involved will play home and away against the other teams each year, with matches held in Southern and Northern Hemisphere rounds to ensure the best possible weather conditions.

Following the completion of the league phase, the top four countries will compete in a standalone grand final to crown the overall winner.

Candidature applications for nations who wish to enter the league will be sent out by the FIH next month, Massey confirmed, with the FIH currently deciding on the exact eligibility criteria.

insidethegames understands Great Britain, whose women’s team clinched the Olympic gold medal at Rio 2016, may be included in the league, despite them not being a member of the FIH.

A final decision on their participation has not yet been made.

Massey admitted the new event portfolio, which includes retaining the Hockey World League Round One and Two events to allow smaller nations to qualify for major competitions, was crucial for the future of the sport, which narrowly avoided being cut from the Olympic programme in 2013.

She claimed without it, hockey would have undergone a sharp decline and would have become "irrelevant and invisible".

"What we need to do with this event is send a message to say you must look again at hockey," Massey said.

Outgoing chief executive Kelly Fairweather had earlier conceded the International Olympic Committee (IOC) had given them "explosive" feedback after London 2012, sparking fears over its Olympic future.

Massey also revealed the new event would be given a name in the new year.

The new home and away league, the key element of the FIH’s competition reshuffle, will have a direct impact on qualification for Tokyo 2020.

The 12 teams at the Olympics in the Japanese capital will be comprised of the host nation, the winners of the five Continental events and six from an Olympic qualifier.

The qualification tournament for Tokyo 2020 will include the top four from the home and away league unless they have already booked their place at the Olympics via the continental route.