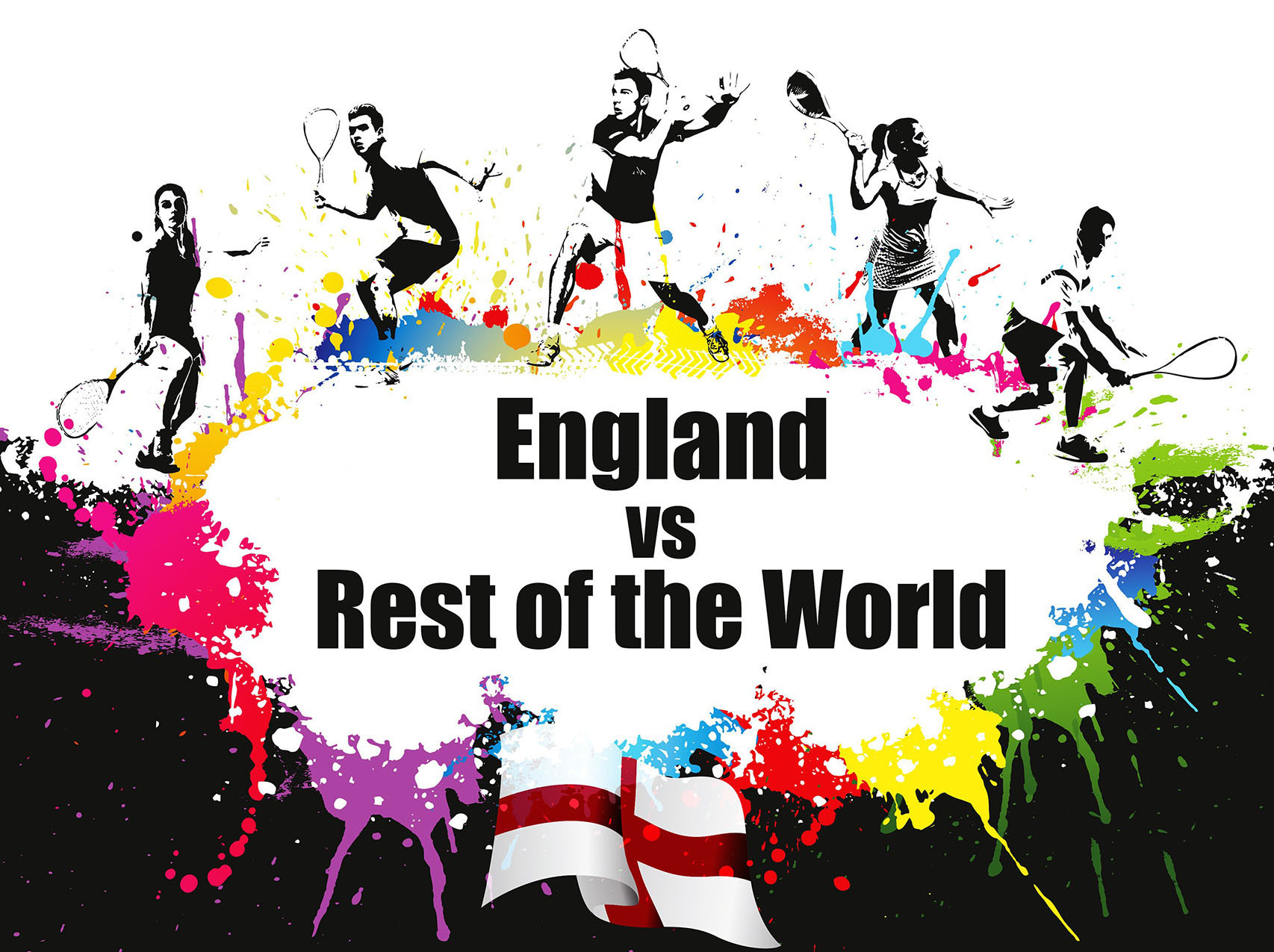 A strong England team takes on a mighty Rest of the World quartet in a mouthwatering clash of the biggest names in squash tomorrow night.

The event is a sell-out and will be shown on YouTube.

Matches will be played over three games with points counting towards the overall score – a shortened format which will be implemented for the first time at tour level at the Canary Wharf Classic in London next March.

The line-up is seen as an early form guide ahead of next April’s Commonwealth Games, Matthew’s final major tournament before he heads into retirement at the end of the season.

For Matthew, Willstrop and Selby, the evening will also be a key warm-up ahead of next week’s WSF Men’s World Team Championship, in Marseille.

“This is the perfect preparation to play world-class players right before the world teams," Matthew said.

"It also gives us the perfect excuse to get the team together a couple of days earlier than what we would normally do.

“We are under no illusions as to the difficulty of our task in becoming world champions and we will go to France as well prepared and ready to represent the shirt as well as we always do.”

Mathew will be aiming for a hat-trick of men’s singles titles in Australia's Gold Coast where Willstrop, Selby, Coll and Pilley will also be leading contenders.

Danny Lee, event promoter and head coach at St George’s, said: “I am delighted England are using this as a proper international.

"To have six athletes who will be at the Commonwealth Games is a big scoop for us as a club.”

Organisers will trial an innovative referee system which they hope will help entice former players into the realms of officialdom.

Former Irish professional Steve Richardson will be working alongside a top official and consulting on decisions.

In a sport where few players turn to refereeing following retirement, the concept could prove beneficial in the long term for the world tour.

Lee hopes that the collaboration will spark interest within players, despite the role being largely voluntary.

“There is currently a lack of new referees coming through of a sufficient level,” he said.

Nev Appleton, director of MOOV TV, who is producing the event, added: "We will have about 12 cameras on the night, most of which are robotic and also a new custom-built camera for the back wall.

“We’ll also feed live scores to screens around the venue so as this unique, 'every point counts’ format unfolds both players and spectators can share the excitement."

David Campion, England Squash national coach said: "The event leads us nicely into the Men’s World Team Championships next week, where we begin our title defence and as always, we are ambitious for success."