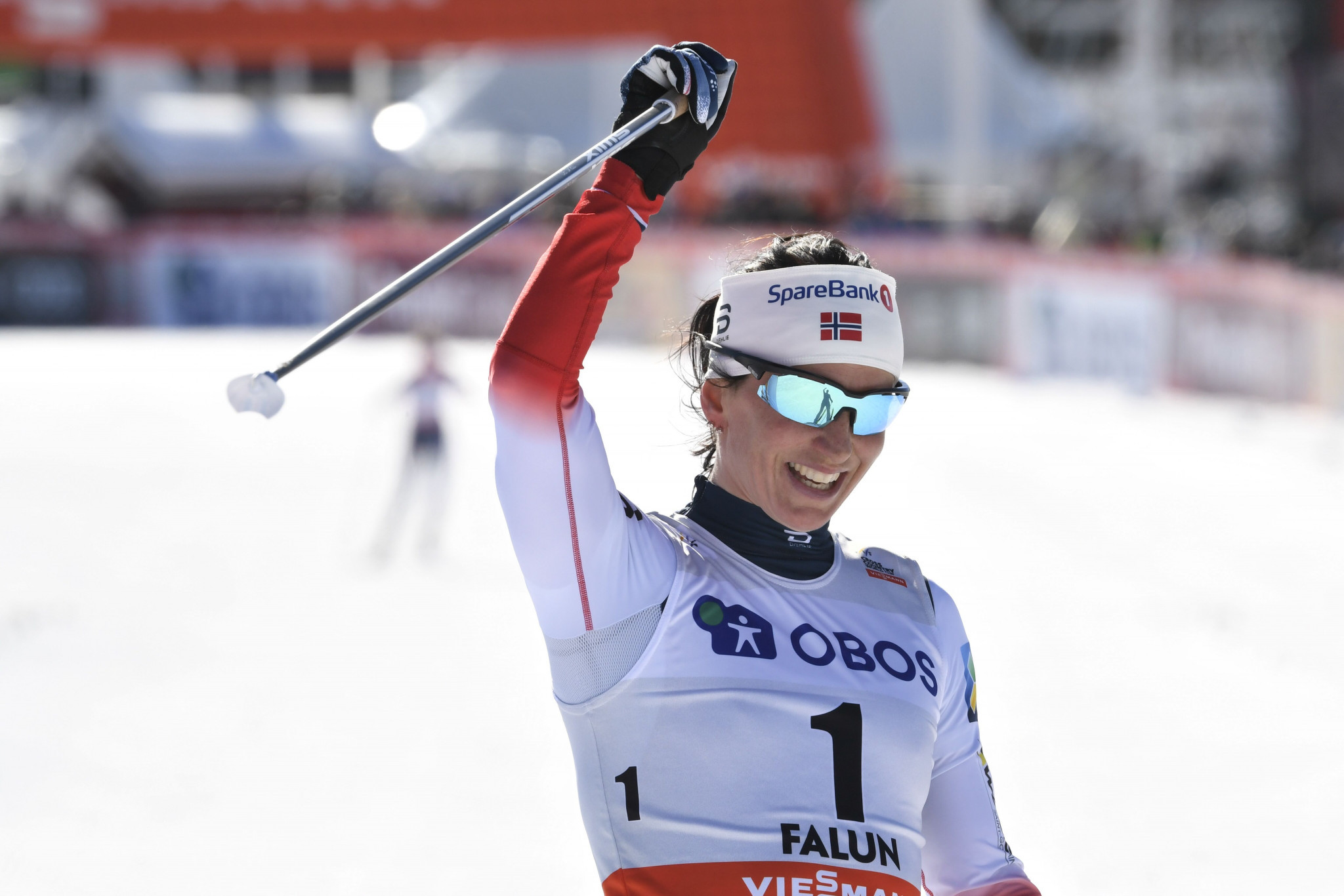 Bjørgen started the final stage of competition at the Swedish venue with a 36 second lead over her nearest rival.

She remained out in front for the duration of 10 kilometre pursuit event, winning the race in a time of 24min 18.9sec.

She was followed across the line by the American duo Jessica Diggins and Sadie Bjornsen, who finished 16.7 seconds and 1:11.5 behind the winner.

The result had little impact on the World Cup standings, with Weng winning on 1,476 points ahead of Diggins, second on 1,436.

"It is amazing to win the overall," said Weng.

"I’m very tired and I am looking forward to going to Spain tomorrow and having some rest."

Russia's Alexander Bolshunov won the men’s race in Falun, completing the three-day event in a time of 1 hour 13min 40.3sec.

Canada's Alex Harvey produced the fastest time in the men’s 15km pursuit event but ended second overall at 47.1 seconds down on Bolshunov.

The result was enough to give Cologna a record fourth World Cup distance title, having accrued 698 points.

He was followed by Norway’s Martin Johnsrud Sundby and Hans Christer Holund on 657 and 599 points respectively.

Cologna finished second in the overall World Cup standings, with Johannes Høsflot Klæbo of Norway having triumphed on 1,409 points.

Cologna and Sundby finished with 1,290 and 1,261 points respectively.