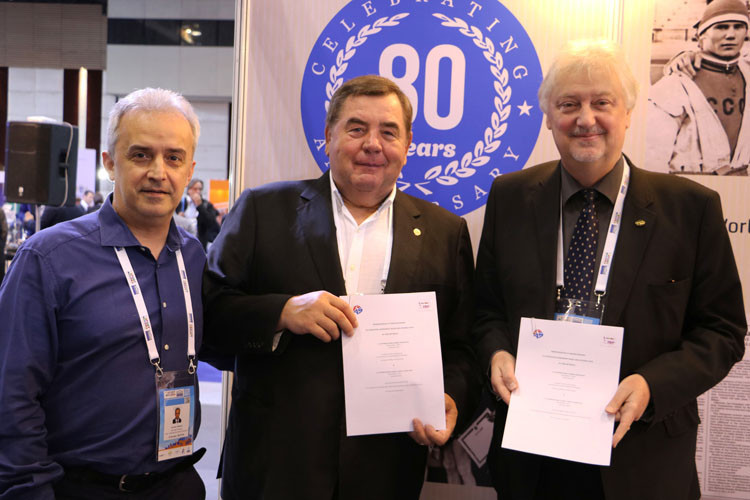 It was the result of negotiations between FIAS President Vasily Shestakov and ISF secretary general Jan Coolen.

The signing of the MoU comes just a few months before the inaugural World Schools Sambo Championships, scheduled to be held in Russian city Oryol on August 25 and 26.

This year, the FIAS stand in the exhibition area was dedicated to the 80th anniversary of sambo.

It highlighted the most significant milestones in the development of the martial art.

Visitors to the stand had the opportunity to learn interesting facts about sambo before participating in an interactive quiz on the sport.

Those who successfully passed the quiz received a symbolic FIAS medal.

Both Shestakov and Ferraris attended the conference and General Assembly of the Alliance of Independent Recognised Members of Sport.

International Olympic Committee President Thomas Bach was among the speakers at the conference dedicated to sport’s social problems.

He was joined by his counterparts from the Global Association of International Sports Federations, Patrick Baumann, and Peace and Sport, Joël Bouzou, as well as other prominent officials.

Held alongside the Summit was Sports Festival 2018.

A sambo demonstration took place in the martial arts zone with Thai athletes showing their skills.

Numerous spectators welcomed the sambists and had the chance to direct questions at Sambo Association of Thailand President, Hassabodin Rojanachiva, about where to engage in the sport in the country.