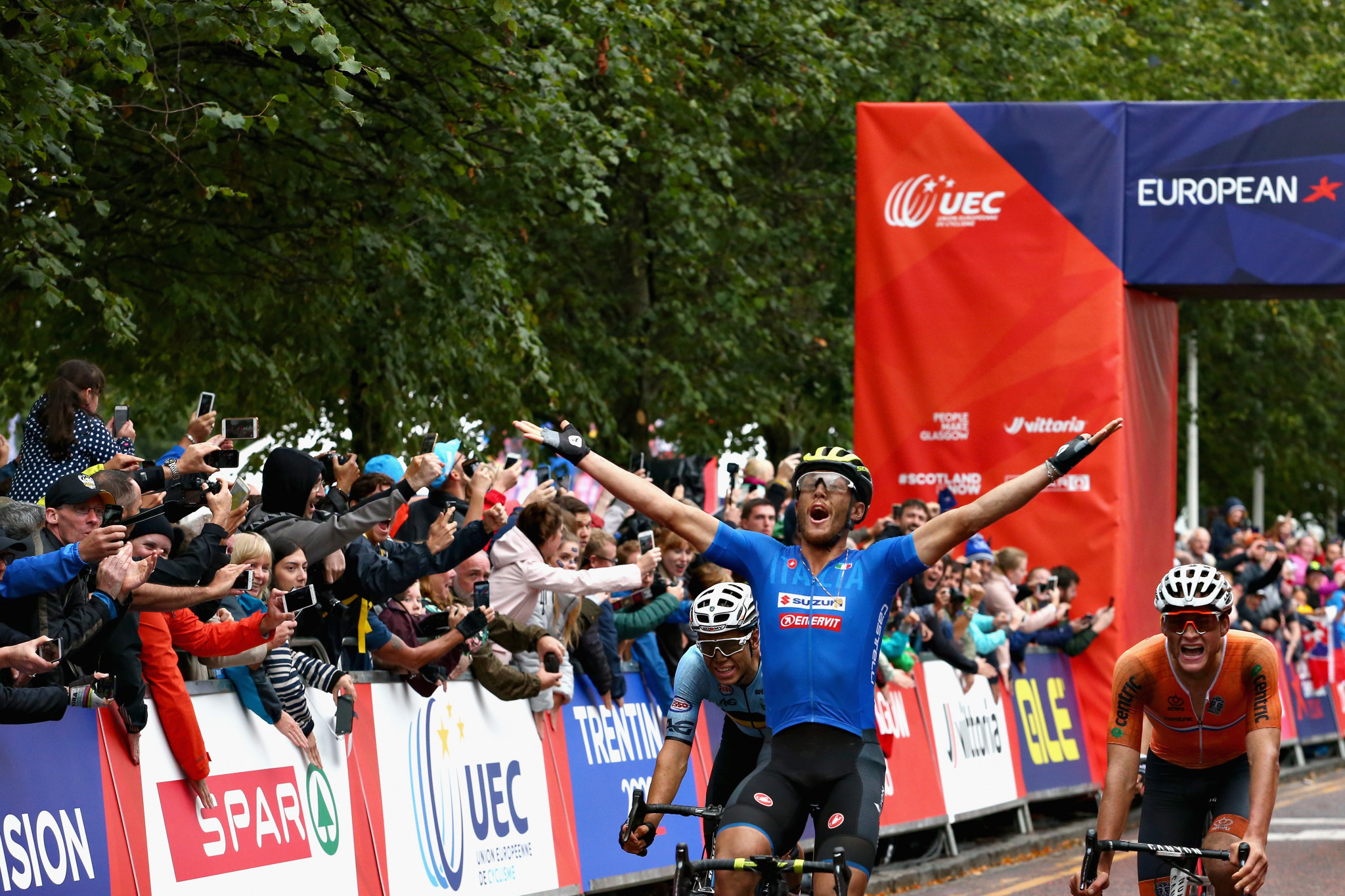 A sprint finish was expected at the conclusion of the 230 kilometre event on a largely city-centre circuit, which was a similar route to the one used at the 2014 Commonwealth Games.

Riders were forced to negotiate 16 climbs of St Vincent Street before the finish at Glasgow Green.

They were forced to battle conditions akin to the deluge at the Commonwealth Games, when Wales’ Geraint Thomas claimed victory.

The treacherous roads led to several mechanical incidents and crashes, with world champion Peter Sagan among those to puncture.

The Slovakian began as favourite to reclaim the title he earned two years ago, but was one of several withdrawals from the race, with only 51 of the 136 starters completing the full distance.

An 11-man breakaway group would escape inside the final 50 kilometres of the event, with the peloton proving unable to bring the riders back.

Both riders have largely made their name in cyclo-cross with van Aert having been a world champion in the discipline for the last three years, while van der Poel recently became the first man to have won their national titles in mountain bike, cyclo-cross and road cycling.

They would ultimately emerge in a five rider leading group with Spain's Jesus Herrada and Italy’s Davide Cimolai, after a crash with nine kilometres to go brought down the remaining members of the breakaway.

Cimolai would prove a key role in the closing kilometres as he successfully led out Trentin, who sprinted to victory in a time of 5 hours, 50min and 2sec.

"At the moment it is unbelievable,” Trentin said.

“After everything I went through during the first half of the season it is really amazing.

“I broke a vertebrae four months ago and I broke a rib six months ago.

“The beginning of the season was pretty bad.

“This is a really good comeback after all the bad luck I had earlier.

“I had a chat with Mathieu at the beginning of the race and he said just that 'it's looks like cyclo-cross'.

“That's true, it was like one million corners, wet, up and down all day.

“They were the two to watch for the race today and I beat them so that's good."

The 23-year-old Dutch rider would finish as the runner-up on the same time as the winner.

He ended narrowly clear of his rival van Aert, who was forced to settle for the bronze medal.