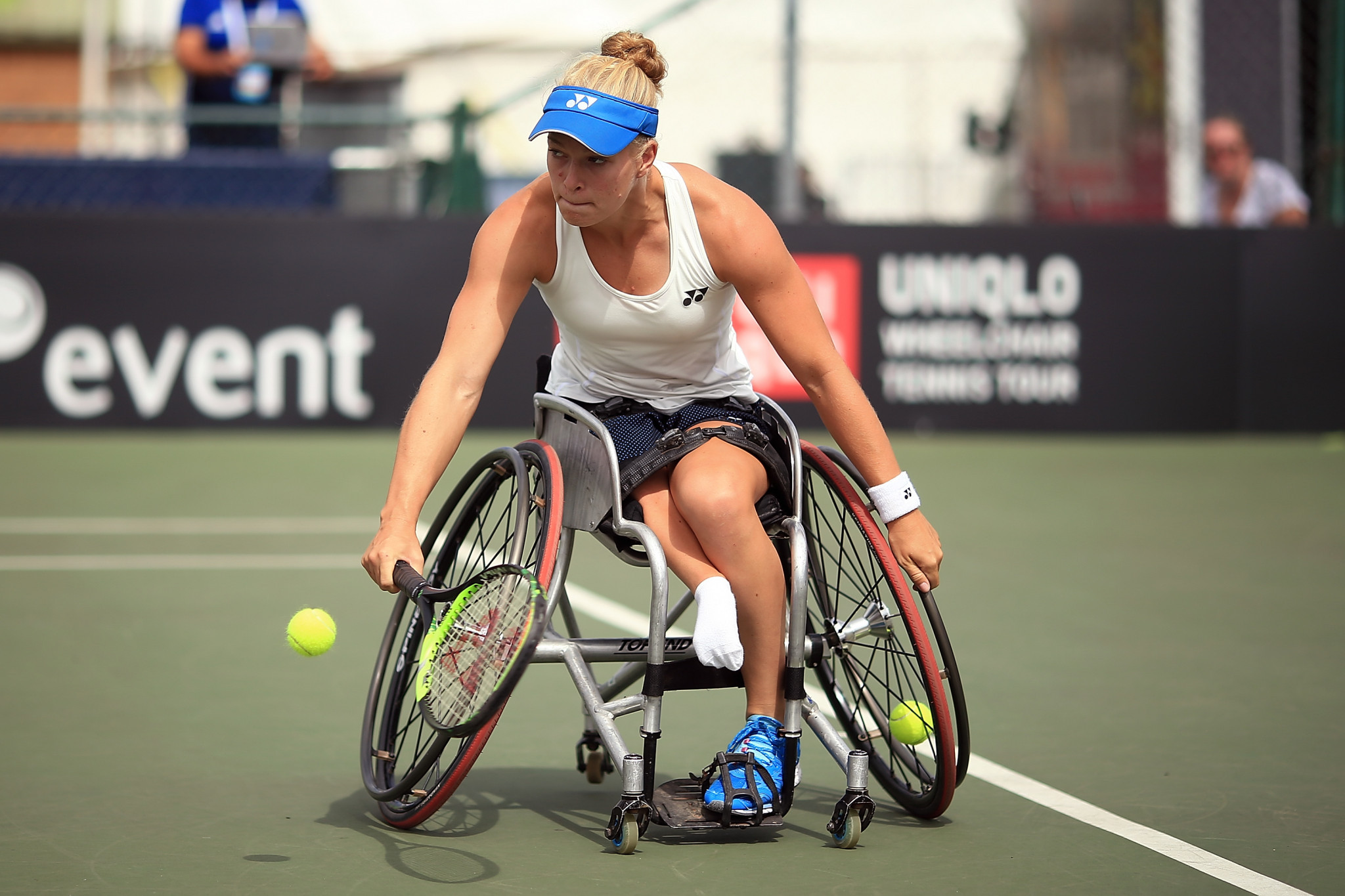 The Dutch player headed into the final in fine form, having won each of her matches at this year’s tournament without dropping a set.

Yui Kamiji of Japan was hoping to upset the world number one at the USTA National Campus and gain revenge after losing to the de Groot in last year’s final.

She found herself trailing early on as de Groot impressed, with the Dutch player clinching the opening set 6-3.

A closer second set followed as Kamiji looked to take the match into a decider.

The Japanese player was unable to do so, as de Groot took the set 7-5 to retain her title.

Belgium’s Joachim Gerard was crowned winner of the men’s singles event for the second time in his career.

In a repeat of the 2015 final he won, Gerard faced the challenge of Japan’s Shingo Kunieda.

Gerard stormed into the lead in Orlando as he secured the opening set of the encounter 6-1.

“That’s emotion that just poured out of him!” @JoachimGerard ?? takes the 2018 Men’s #WheelchairTennis Masters title in three sets! ? A worthy runner up is Shingo Kunieda! ?? pic.twitter.com/YOUrVNK70E

Top seed Kunieda clawed his way back into the match, as he won a second set tie-break to force the decider.

The three-time champion was unable to complete the turnaround, as Gerard claimed the third set 6-3 to emerge as the winner.

Australia’s Dylan Alcott returned to top spot in the quad singles world rankings, as he fought back from a set down to win the final.

Alcott lost the opening set 6-3 to Britain’s Andy Lapthorne, but levelled by taking the second 7-5.

The Australian maintained the momentum to win the third and final set 6-4 to win the title.

The tournament, which invites the world's top-ranked players, featured eight men's and women's players and the top six in quads.