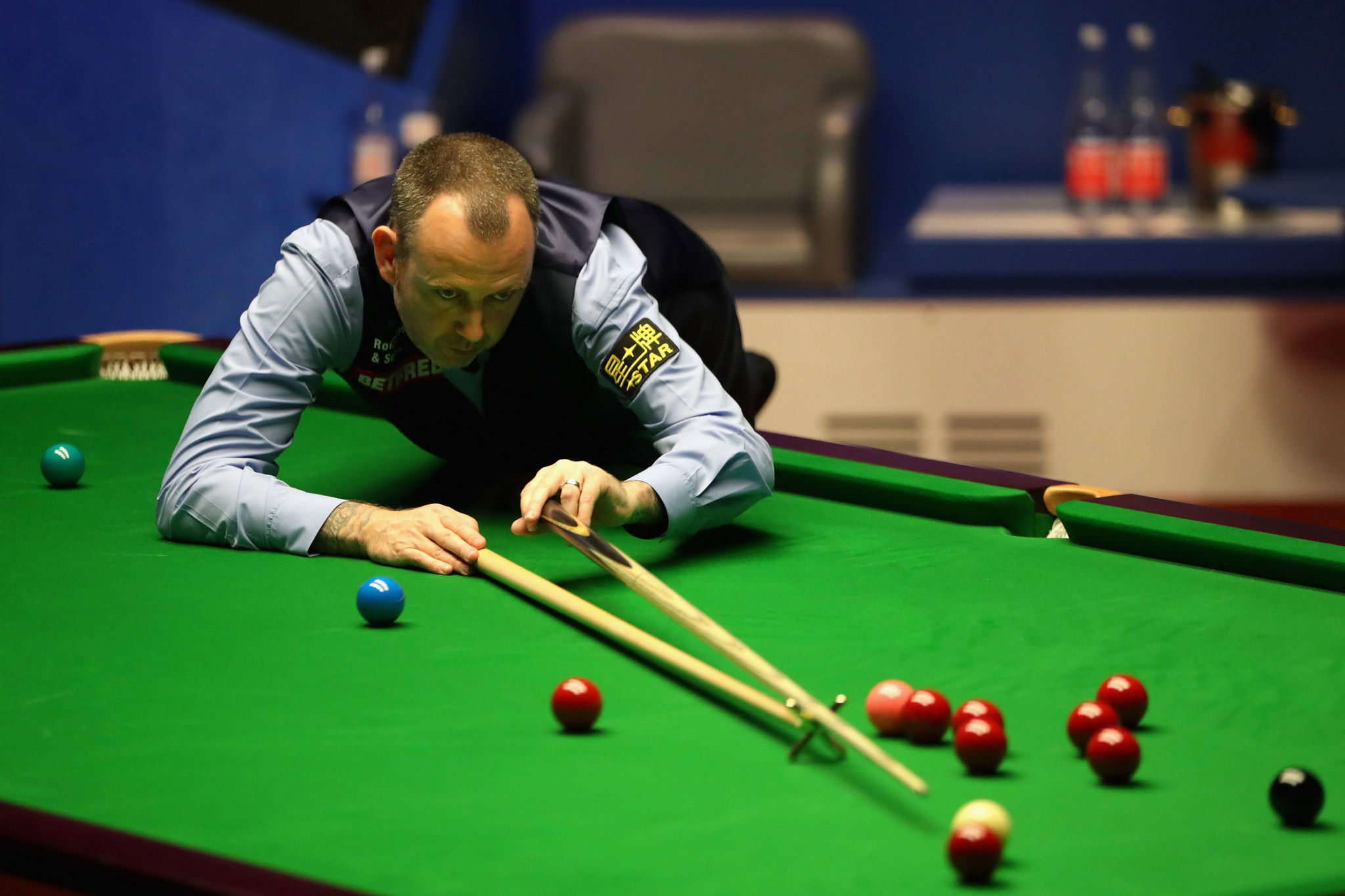 Reigning champion Mark Williams, who went to hospital with chest pains after yesterday evening’s opening session of his second round match at the World Snooker Championships in Sheffield, returned today in defence of his title - but lost 13-9 to England’s David Gilbert.

Already this year’s Championships at the Crucible Theatre are becoming one of the most surprising ever, with what was arguably the greatest shock in the event’s history occurring in the first round, when five-times winner Ronnie O’Sullivan was beaten by amateur player James Cahill.

Williams had felt unwell having fallen 5-3 behind against Gilbert after yesterday's evening opening session and had tests at Sheffield's Northern General after being advised to go to hospital by a doctor at the venue.

"A&E. Could be hear [sic] a while, couldn't stick the chest pains no more," he tweeted.

Back in action this morning, the 44-year-old Welshman was unable effectively to alter the score in the second session, after which he trailed 9-7, and his opponent maintained his distance for the rest of the match.

Williams told BBC Sport: "I was having pains in my chest and could not stick it,

"I did not know what it was and went straight to A&E (Accident and Emergency) to get it checked out.

"Thank God the doctors said it was not a heart problem. I will go home and see the doctor and get a full MOT.

"I was frightened because I did not know what it was. It felt like someone was stabbing me in the chest. I can still feel it now but it is nowhere near as bad as it was on Friday afternoon.

"I got back to the hotel last night at 11pm, I was sleeping all night then played my match and slept again."

Williams added: "You cannot withdraw from this tournament, maybe if it was a smaller one but you can't pull out of this.

"I am still proud of myself for carrying on.

"The draw has opened up for people like Judd [Trump] and Ding [Junhui].

"They will be thinking it is the best time to get to the final."

An emotional Gilbert, who used to be a potato farmer, said: "It was one of my best performances - I really enjoyed it from start to finish.

"I felt so calm and comfortable in the last session.

"I hope Mark is all right but I was focused on myself and to come to the table and believe in myself.

"If I can keep going I will cause some people some grief."

But Englishman Wilson, 33, held himself together superbly by claiming three frames on the trot, including a 92 break.