Gold Coast Mayor Tom Tate has backed a South East Queensland bid for the 2032 Olympics but insisted the city would not provide financial support towards any effort to host the Games.

Bach had labelled the potential Brisbane bid for the 2032 Olympics encouraging, while the two Mayors talked up the possibility of delivering a "cost neutral" Games.

Schrinner claimed the IOC had provided encouraging news which could help them to achieve their aim of a cost neutral Games, regarding the operational costs of staging the quadrennial event.

The additional infrastructure costs, Schrinner claimed, would form part of a long-term plan to meet the region's needs amid a growing population.

A feasibility study produced for the potential bid outlined how 60 per cent of venues currently exist for the Games.

The remainder would be either temporary facilities or permanent venues which is claimed would fulfil the needs of the local community.

It was claimed the Gold Coast 2018 Commonwealth Games could serve as a example of how this could be achieved.

Tate has offered the use of facilities built for the Commonwealth Games for a potential Olympic bid, which he claims would make the Games more affordable. 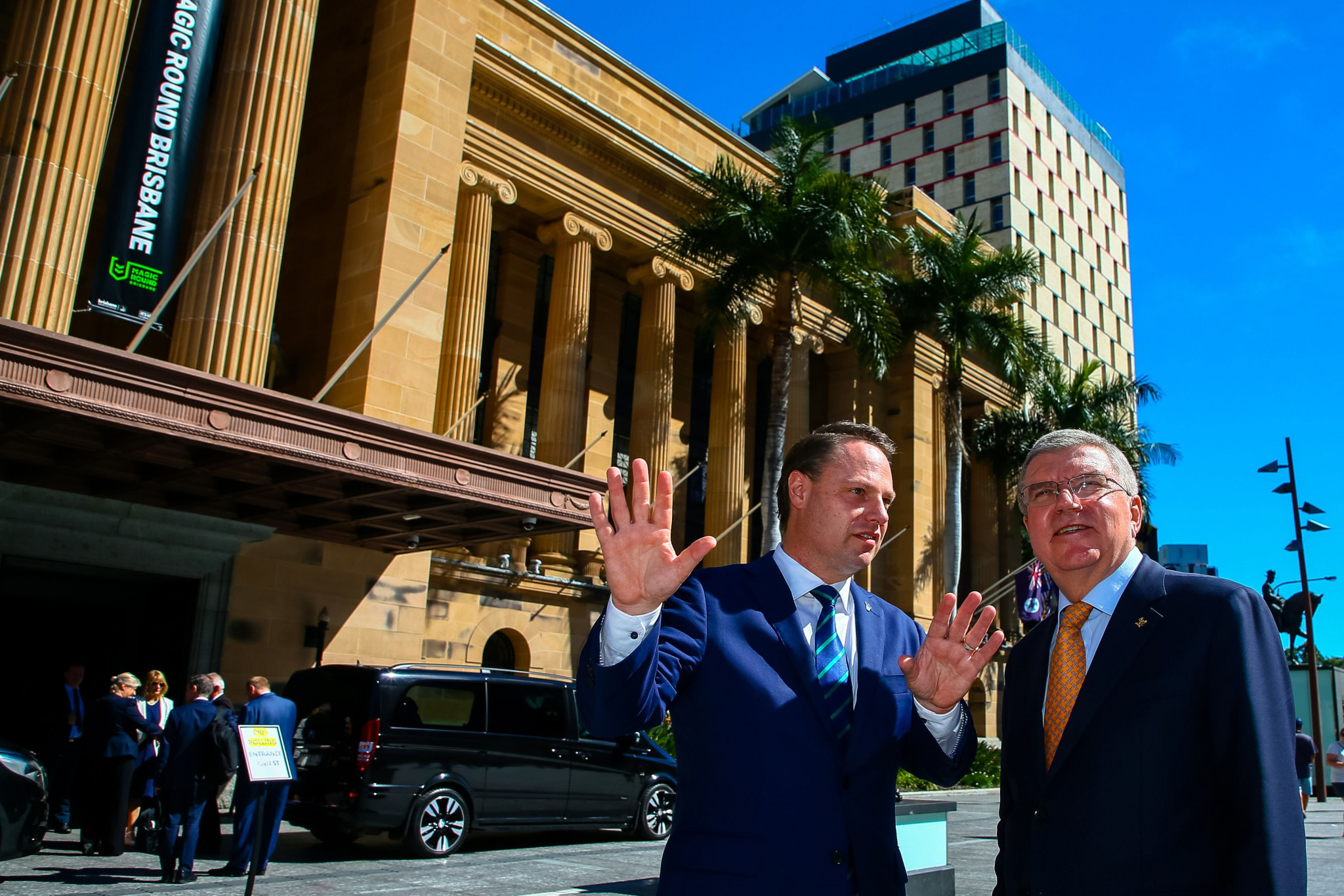 "Brisbane leading the bid would make it a wonderful event," Tate said.

"From the Gold Coast's point of view, they are very welcome to utilise all of our facilities.

"This would help to ensure the event is truly world class and at the same time make it affordable.

"You do not want to build an Olympic city like they did with Sydney 2000.

"That would ensure facilities would be utilised and you are not sweating your assets."

The Gold Coast Mayor reiterated his view that the city would not contribute financially towards and Olympics.

He said the city had produced significant funds to host last year's Commonwealth Games, so would leave Brisbane to find the funding for an Olympic and Paralympic Games.

"I welcome the initiative, but I did say we had done a lot of heavy lifting for the Commonwealth Games," he said.

"They have my blessing for a bid.

"I will sign a letter of endorsement, but I will leave it to Brisbane to fund the bid.

"When we went after the Commonwealth Games we didn't ask for the dollars.

"We backed ourselves and gave some events to Brisbane as well.

"Would I like to see an Olympics in South East Queensland?

Queensland Premier Annastacia Palaszczuk also met Bach at SportAccord, where the prospect of an Olympic bid was discussed.

She reportedly suggested the Gold Coast would provide an ideal location for surfing competition should a bid come to fruition.

Other cities to have also already publicly announced they are interested in bidding are Jakarta in Indonesia and Mumbai in India.

There is also a proposal for a joint Pyongyang-Seoul bid from North and South Korea.

Tate had previously outlined his belief that Gold Coast's reputation for attracting sporting events and film productions had risen since hosting the Commonwealth Games.

The Games in April had been claimed to be a "catalyst" for the city's long-term sports and event strategy, with World Championships having since been held in Gold Coast in triathlon and skydiving, while superhero blockbuster Aquaman was filmed in the city.

SportAccord Summit, which is claimed to attract 1,700 delegate a year, was hailed as another success by Tate.

Around 830 organisations are believed to have been represented at the Summit.