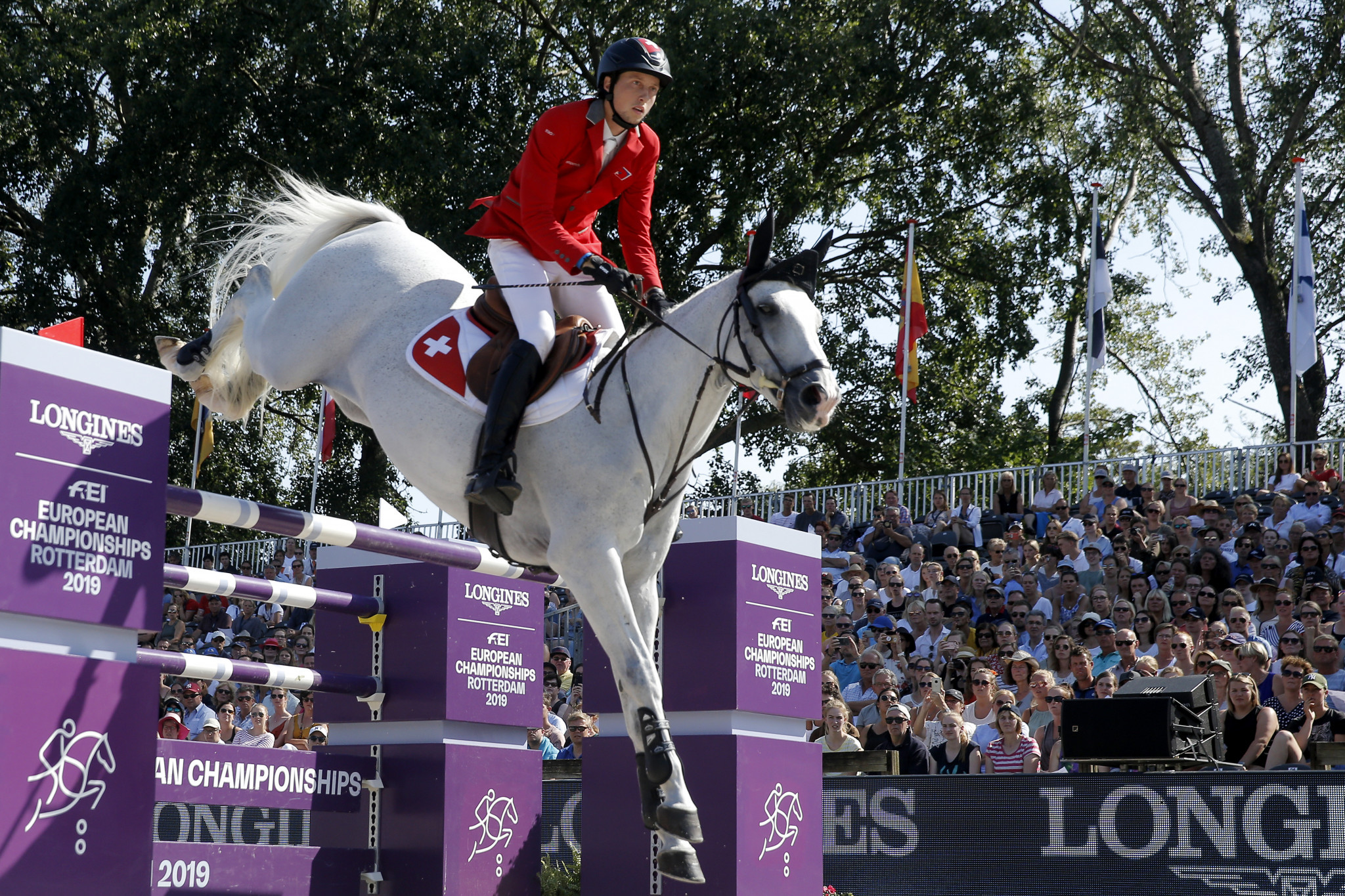 The 27-year-old moved up from bronze to silver medal spot after this morning's first round at Rotterdam Arena.

He then picked up only one time fault in his next performance on Clooney 51 to move into the gold medal position, with Britain’s Ben Maher and Explosion W having to settle for silver.

Riding Midnight, she scored 78.187 per cent to win, her nearest opponent Pepo Puch of Austria on Sailor's Blue with 77.220 per cent.

In third was Dutch rider Nicole den Dulk, who scored 74.313 per cent on Wallace N.O.P.

The Netherlands’ Frank Hosmar earned his third gold medal of the competition, topping the podium in the para-dressage grade five freestyle.

Belgium’s Michele George picked up bronze on Best of 8 with 74.720 per cent.