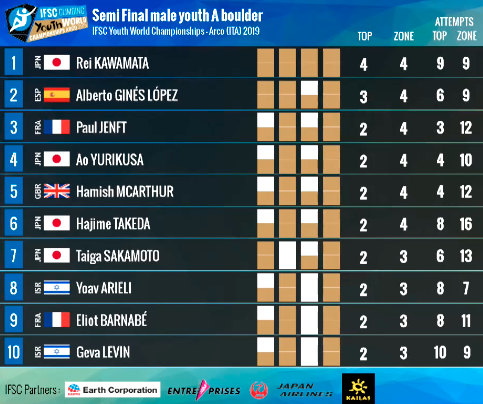 Rei Kawamata finished with four tops to take first place in the penultimate round of the men's event at the RockMaster Climbing Stadium.

In the women's competition, Saki Kikuchi led a Japanese one-two finish ahead of Natsumi Hirano.

With the top 6 climbers moving on to the boulder finals it was clear who dominated the Female youth A category! Well done Saki KIKUCHI with 4 tops. #IFSCywch pic.twitter.com/niNQYwXVHR

As well as the finals of the thee boulder competitions, medals will be awarded in the men's and women's youth B and men's junior speed events.