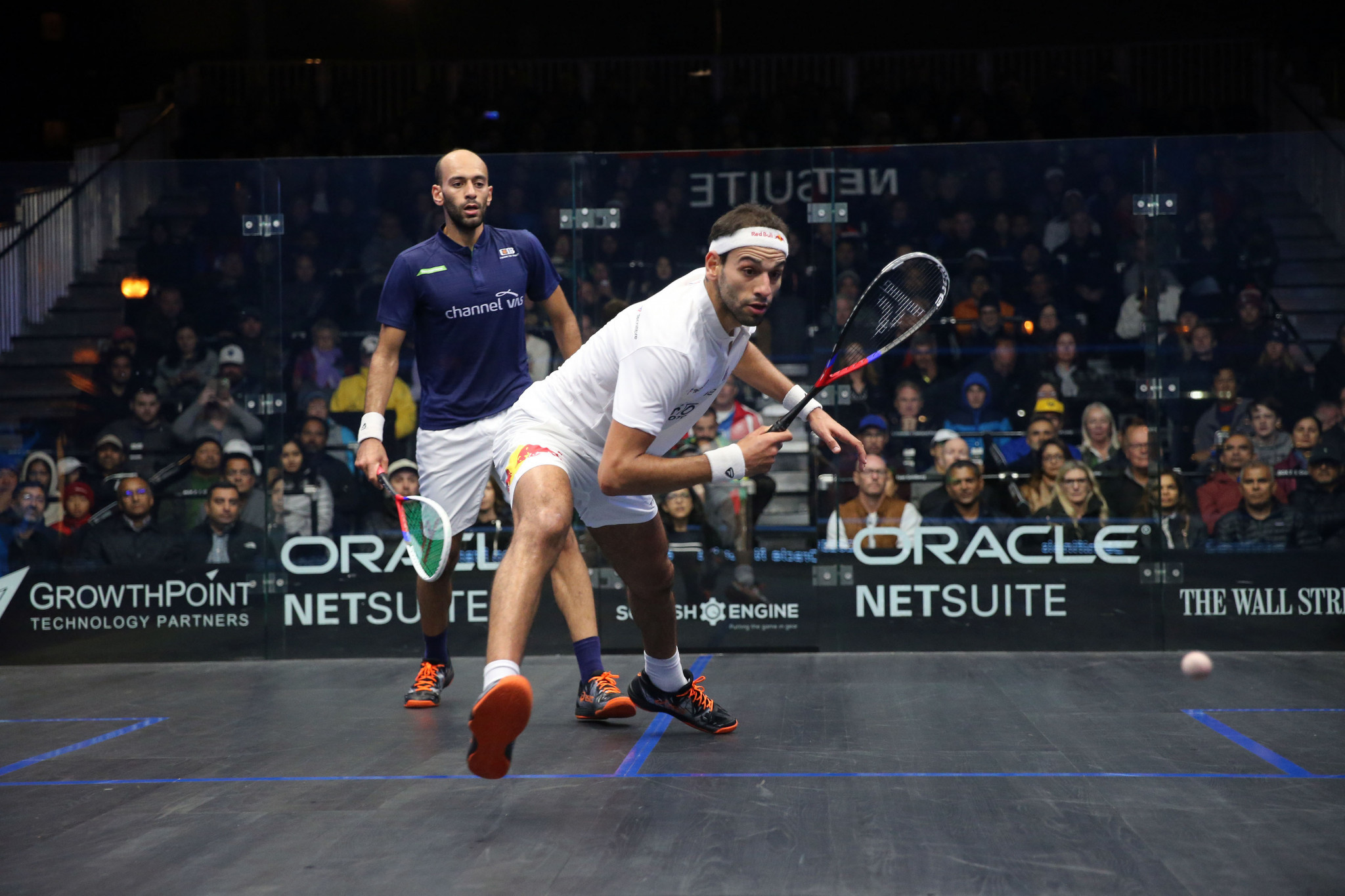 After Mohamed eased to victory in the first game 11-4, the second had more ups-and-downs as Mohamed took a 3-0 lead before Marwan reeled off five straight points.

Mohamed then did the same to lead 8-5, before the pair became deadlocked at 10-10 as Marwan saved two match balls.

The tie-break went all the way to 17-15 as Mohamed eventually took the victory with his seventh match ball, booking his place in the final tomorrow.

"I am really happy to reach the final for a third consecutive year," Mohamed said afterwards.

"I am really happy with how I played and I always think the top guys have a way of adapting and here we are, myself and Tarek, the top two seeds are in the final together.

"Tarek is one of the most inspiring players I have ever come across because he has worked on himself year on year.

"We are good friends off court, but we go hard at each other on the court and that is what everyone will want us to do tomorrow and hopefully we can give everyone a good match."

The match started off in a very tight fashion but it was the Egyptian that eventually broke loose, winning the last four points of the opening game to take it 11-7.

Serme came back fighting in the second game, moving out into a quick-fire 6-2 lead.

El Tayeb managed to pull herself back to within a point, but the Frenchwoman had enough firepower to take it 11-7, forcing a decider.

The third game was always under control for the Egyptian, though, as she got an early lead and never looked like relinquishing it.

El Tayeb secured the victory in just over half an hour, taking the final game 11-6.

She will face world number one Raneem El Welily in the final, after she defeated India’s Joshna Chinappa in straight games, 11-5, 11-7, in the last match of the evening's action.