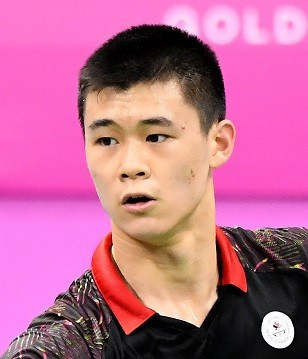 Canada's Brian Yang was the most notable casualty from the men's singles event, as action continued at the Badminton World Federation World Junior Championships in Kazan.

The 17-year-old, seeded second, missed out on a place in the last 16 after losing 18-21, 23-25 to China's Ren Cheng Ming at the Kazan Gymnastics Centre in the Russian city.

The other seeded players to suffer elimination from the men's singles were eighth-ranked Christian Adinata of Indonesia and 12th-ranked Kok Jing Hong of Malaysia.

There were no such problems for top seed Kunlavut Vitidsarn of Thailand, however, as he overcame New Zealand's Edward Lau 21-12, 21-7.

In the women's singles competition, the two seeded players to crash out at the last-32 stage were 10th-ranked Canadian Talia Ng and 13th-ranked Thai Atitaya Povanon.

The top nine seeds are through to last 16 of the women's singles, led by first-ranked Thai Phittayaporn Chaiwan and second-ranked Chinese Zhou Meng.