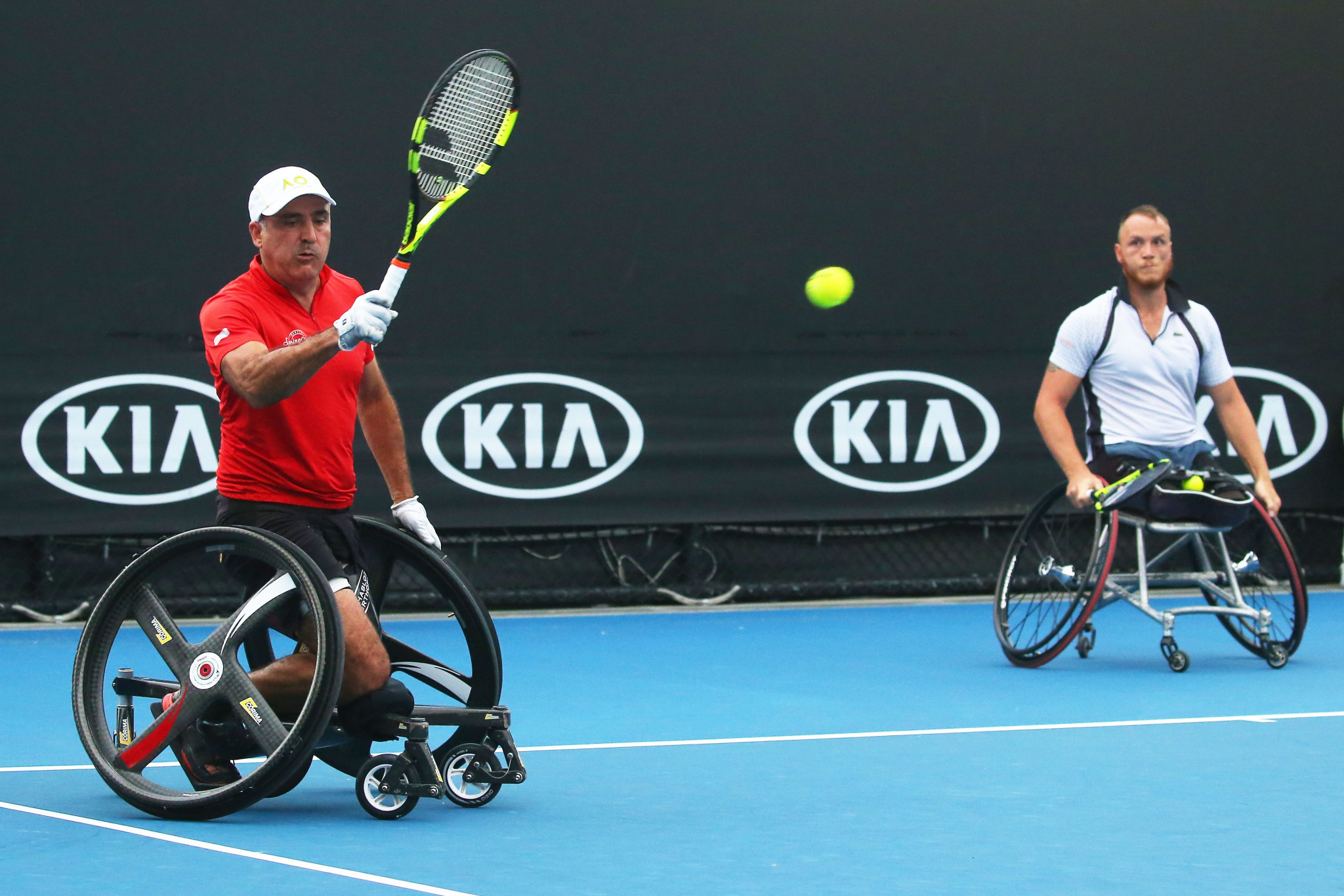 France's Stéphane Houdet and Nicolas Peifer beat home duo Chris Herman and Conner Stroud in straight sets today to make a winning start to the defence of their men's title at the UNIQLO Wheelchair Doubles Masters in Orlando.

The pair triumphed 6-2, 6-1 in their first Group A outing at the United States Tennis Association National Campus.

They are joined at the top of early standings by last year's runners-up, Joachim Gérard of Belgium and Stefan Olsson of Sweden, after they defeated Argentina's Gustavo Fernández and Agustín Ledesma 6-0, 6-1.

In Group B, there were opening-day wins for Great Britain's Alfie Hewett and Gordon Reid, and The Netherlands' Tom Egberink and Maikel Scheffers.

The quads competition also got underway, with 11-time champions Nicholas Taylor and David Wagner of the US suffering a shock 6-3, 1-6, 2-6 loss against Britain's Andy Lapthorne and Dutchman Sam Schroder.

The other match in the single round-robin group ended in a 7-6, 6-3 victory for South Korea's Kim Kyu-Seung and Japan's Koji Sugeno at the expense of Australia's Heath Davidson and The Netherlands' Niels Vink.

The International Tennis Federation's year-end wheelchair singles and doubles championships are being held simultaneously for the first time since 2013.

In the NEC Wheelchair Singles Masters quads event, there were come-from-behind wins for Lapthorne in Group A and 10-time champion Wagner in Group B.

"Sam is really strong and motors all over that court like crazy, so you have to be pinpoint accurate and really play your best tennis every time you get on court with him," Wagner said of Schroder.

The men's and women's singles event are due to resume tomorrow following a rest day.